What is proof of work cryptocurrency mining? 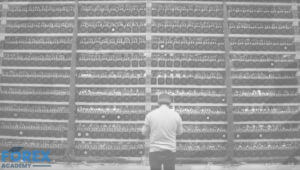 This article will try to explain how proof of work mining works as well as its pros and cons. Proof of work mining in-depth. Proof-of-Work (PoW) is the original consensus algorithm in a blockchain network and is the consensus algorithm that Bitcoin uses. Proof of work is used to confirm transactions as well as create new blocks to the blockchain. By using PoW, miners compete against each other to complete transactions on the network, and the first miner to complete it gets the block reward.

The main working principle of Proof of Work is a complicated algorithm that requires a lot of computation power to use. Transactions get bundled in blocks that require verification. The verification process is nothing but miners competing to solve a mathematical puzzle before the rest of the world. Whoever solves the puzzle first, gets rewarded. The answer to the PoW puzzle is called hash. 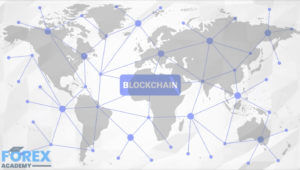 The more the network is growing, the harder it is to solve a puzzle first and submit the hash to the consensus algorithm. The algorithms need more and more hash power to solve as speed is a major factor in mining. This becomes a problem because harder mathematical equations are good to prevent DoS attacks and spam but also slow down the puzzle-solving itself, therefore slowing down the network.

This problem is solved by adjustable mining difficulty. How complex a puzzle solely depends on the number of users, current mining power, as well as the network load. In Bitcoin, network difficulty is adjusted every two weeks.
Where is proof of work mining used?
Proof of work is used in a lot of cryptocurrencies, with the most famous one being Bitcoin. Bitcoin was the project that laid the foundation for this type of consensus.
Besides Bitcoin, another large project with PoW is Ethereum. Given that almost three-quarters of all cryptocurrency projects are tokens made on the Ethereum platform, it’s safe to say that the majority of cryptocurrencies use the PoW consensus model.

Why use a Proof of Work consensus algorithm?

The main benefits of the proof of work consensus algorithm are:

The anti-DoS attacks defense
Low impact of stake on mining possibilities.
Anti-DoS attacks defense – PoW imposes some limits on performing certain actions in the network. These actions require a lot of computational power as well as time. This brings the costs of the attack too high, which renders attacks of this kind useless.

Mining possibilities – The PoW algorithm does not care about how much money a wallet has to mine. All that matters is the amount of computational power and how fast a node can solve the puzzle. This prevents whales from being in charge of making decisions in the name of the network just because they hold a lot of funds.

The Proof of work consensus algorithm also has several disadvantages. The main disadvantages are:
Huge expenditures
“Uselessness” of computations
51 percent attack.
Huge expenditures – Mining currently requires highly specialized computer hardware to achieve the effectiveness of solving complicated equations. This specialized mining hardware consumes large amounts of power to run, and people are starting to question if the power spent is justified.
“Uselessness” of computations – Besides using a lot of power (mostly electricity), miners also use quite a bit of computational power that could maybe be used elsewhere. Even though this computational power guarantees network security, it cannot be applied anywhere else.
51 percent attack – Small proof of work algorithms are extremely vulnerable to this kind of attack, while Bitcoin may be large enough to be immune to it. 51 percent attack, also called a majority attack, is when a user or a group of users control the majority of mining power, which gives them the power to control most network events. These attacks are considered obsolete as they are easily spotted by the public, and the new blockchains created in the process are rejected. 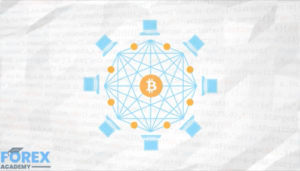 As it has been previously mentioned, the block reward is given to the miner who solves the mathematical equation first. However, the chances of finding a solution to this problem as a single miner are now slim to none. This is why miners are joining their computational power in hopes of solving the puzzle as a unit and sharing the reward fairly. This is how mining pools are created. These pools are, as the word implies, pooling of resources by miners to split the reward equally among everyone in the pool according to the amount of work they contributed.