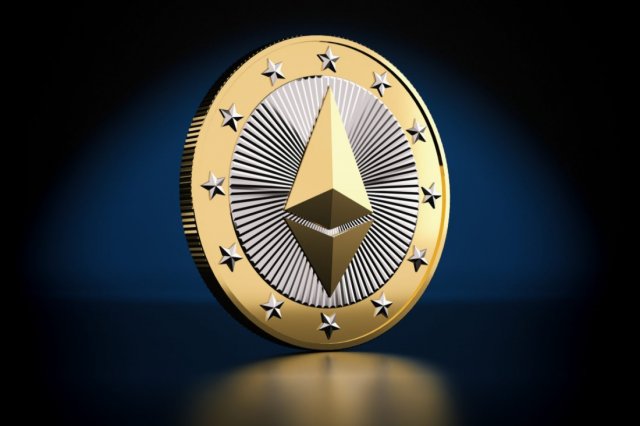 Ethereum is a very important blockchain in the cryptocurrency world and is responsible for many of the revolutionary technologies that seek to transform the world as we know it.

To achieve this, this project has a blockchain and cryptocurrency with unique features. These include the ability to use and create smart contracts and new tokens. Both are powerful functionalities, which allows it to stand as one of the most complete and powerful blockchains in cryptocurrency.

The currency of the network is called Ether (ETH), and like Bitcoin (BTC), the Ether is characterized by being a cryptocurrency that can be used as a peer-to-peer payment method. An important point is that it uses the Proof-of-Work (PoW) consensus protocol, using the Ethash algorithm. The development of this blockchain began thanks to the work of Vitalik Buterin in 2013. 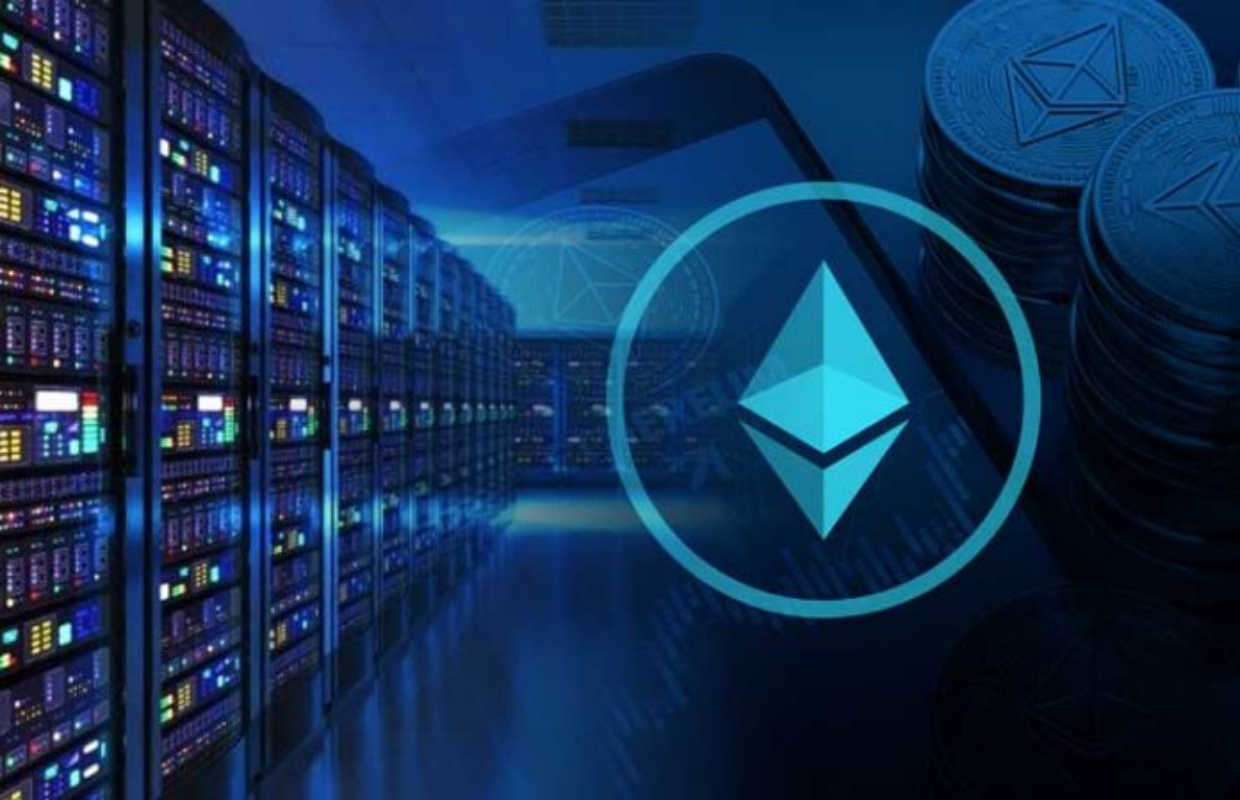 Ethereum is a cryptocurrency that works by PoW consensus protocol using the Ethash algorithm. This algorithm is designed to be highly demanding and targeted at GPU mining. For this reason, mining was in principle highly decentralized and diverse.

Ethash uses the Keccak hash function, also known as SHA-3. In this way, the algorithm seeks to use highly secure cryptographic elements. At the same time, Ethash is thinking of having an intensive memory and cache usage. Both characteristics are aimed at offering resistance to mining by ASIC and avoiding centralization of it.

This cryptocurrency at the moment has an annual issue limited to 18 million Ethers per year. That is, every year mining activity can generate up to 18 million new currencies. However, the total issue is endless. To achieve the broadcast, the network has a rather peculiar coinbase transaction system. First, if a miner finds the solution of a block it receives as a reward 2 ETH.

However, Ethereum is a blockchain in constant evolution. One of the important changes that will be seen in Ethereum in the coming years will be the abandonment of PoW to a PoS mining system. With this change, Ethereum will go on to create cryptocurrencies for its blockchain in a completely different way from the current one, avoiding using miners and encouraging greater economic participation in the blockchain.

Gas, the Basis of Everything

Gas is a very typical concept of the Ethereum network. It is used to measure the work done within the blockchain. Each action will count as a single operation or set of operations has a specific cost that is given in Gas units.

Among the functions of the Gas inside the blockchain we can mention:

-Assigns a cost to the execution of tasks. Gas is used to measure the cost of performing a specific action within the blockchain. Each action has a cost in Gas and a set of actions carried out adds the total cost of said operation. In this way, we can see Gas as the price to pay for carrying out actions within the blockchain.

-Helps to improve the security of the system. Since every action has a price, this helps prevent the blockchain from stopping its operation and undermining its security. This is possible because the Gas helps protect the network from spam attacks.

-Reward the miners. The actions in the blockchain depend on their execution in the hardware that is in the hands of the miners. To pay for this use there is the Gas.

“A block can contain about 70 payment transactions between accounts, the simplest of the possible transactions.”

Another difference with Bitcoin is block generation time. In Bitcoin, each block is generated every 10 minutes, while in Ethereum this value is variable. Each block was generated approximately every 16 seconds. This means that it is generally quicker to provide confirmations than Bitcoin, which positively impacts its possibilities as a payment system.

A smart contract or smart contract is a computer program that performs certain actions preset in your code under certain conditions. Actions that have been reviewed and accepted by the various parties that have “signed” the contract. In this way, the smart contract enforces its programmed conditions by submitting a response according to its clauses in a completely autonomous way.

The technology of smart contracts is one of the fundamental bases of Ethereum and the operation of many of its features. A situation that can be seen especially in the tokens and DApps of this blockchain.

The Ethereum Virtual Machine (EVM) is a software whose objective is to serve as an abstraction layer in the execution of code that is stored in the blockchain. With this, the aim is to prevent a malicious programmer of a DApp or smart contract from attacking the security of the network nodes and with the network itself.

EVM enables the operation of smart contracts and DApps thanks to the use of the Solidity programming language. This language allows you to program all the logic behind the DApps and smart contracts while allowing the decentralized execution of your code using the EVM.

Smart contracts and DApps are one of the largest uses for Ethereum. The capabilities of these two tools are virtually endless. Since the creation of smart contracts to buy or trade goods or services, their usefulness is only limited by the imagination. On the other hand, DApps are a revolution. They are capable of creating completely decentralized, non-corrodible, safe, and economically self-sustainable applications. We can also mention the platforms of oracles that are built on this network, as in the case of Augur.

Ethereum’s capabilities to use smart contracts, build tokens easily and deploy DApps have captured the attention of many companies worldwide. This has meant that the development of Ethereum has had the direct or indirect support of a large business group interested in developing its technology. All these companies have created the so-called Ethereum Enterprise Alliance (EEA) which has more than 100 members.

–Accenture, a company dedicated to technology services and consulting.

–AMD, a leader in the development of chipset, CPU, and graphics cards.

–BBVA, a Spanish bank with a worldwide presence.

–Delloite, one of the world’s largest audit, financial, and legal consulting firms.

–GoChain, probably the most important company in the development of DApps.

–JP Morgan, one of the world’s largest financial firms. 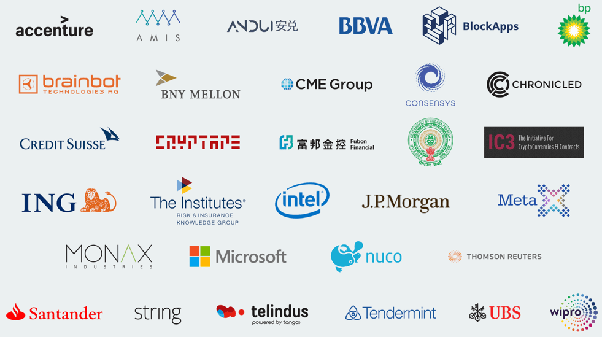 -It is a multipurpose blockchain thanks to its ability to integrate and use smart contacts.

-The use and development of EVM confer a high level of security to run smart contracts and DApps in a completely decentralized and secure way.

-It has a fast block production which allows you to have a much faster transaction confirmation speed than Bitcoin and other cryptocurrencies.

– Development is not under the control of any authority, its development core is completely decentralized and decisions are made by consensus. In addition, the community has a high impact on decisions about blockchain development.