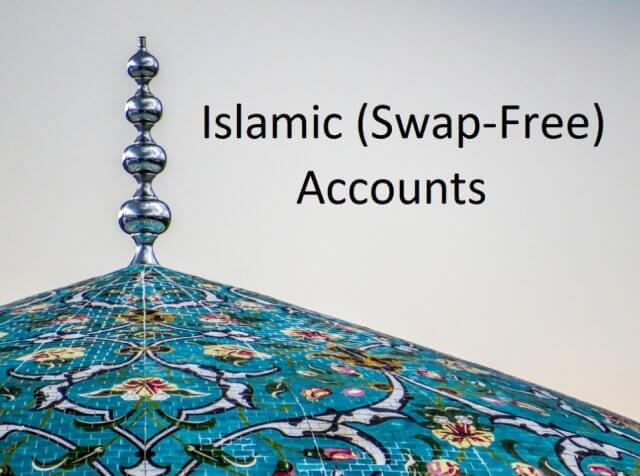 In general trading in Islam is often considered as haram. However, it is still possible to trade through something called an Islamic account, which is also sometimes known as swap-free accounts, they have been designed specifically for those of Muslim faith.

Also known as a swap-free account, an Islamic account is a halal trading account that is offered to the clients that wish to respect the Quran and wish to invest in the Islamic stock markets or on the forex markets with Islamic friendly accounts.

The accounts differ from a traditional account in a number of ways. The main difference is the fact that Sharia law does not allow for someone to accumulate interest, so traders who are using an Islamic account do not pay or receive interest rats on their account. The accounts also dictate that the transaction must take place immediately, and any additional transaction costs must be carried out at the same time in order to avoid any potential interests.

The good news is that these Islamic accounts sare now being offered by more and more brokers making trading a lot more accessible for those of Islamic faith, sometimes you may need to look a little deeper to see if your broker offers it, if it is not advertised, be sure to contact the support team to find out as some are still willing to set up these sorts of accounts even if they are not actively advertised.

The Principles Behind Islamic Accounts

There are four main principles for Islamic trading, these are:

Unfortunately, these four principles do not always fit into the modern banking system that is found in the majority of western countries. This is the main reason why these Islamic accounts were created and offered to those who wish to take part in halal Forex trading without having to separate their investments from their religious principles and beliefs.

One of the main reasons for the creation of the Islamic accounts is the fact that under Sharia law they are not able to receive or pay swap interest charges. This is often paired or received when holding a position overnight, this is what makes currency trading haram.

So instead of paying these interest rates, those using an Islamic account will pay their charges in the form of the margin, commissions, and administration fees, the latter of which are often not found on those accounts that have swap fees.

Whether you are on the side of believing that trading is haram or not (as there seems to be a divide amongst those of Islamic faith), these accounts have been created specifically for those that believe that it is but still wish to trade on the markets. Many brokers are now offering these accounts so they are becoming more and more accessible with more brokers now offering them. They are a little more expensive due to the addition of administration fees or an additional commission, but overall they are a fantastic opportunity for those that would otherwise be excluded to trade with the rest of us.