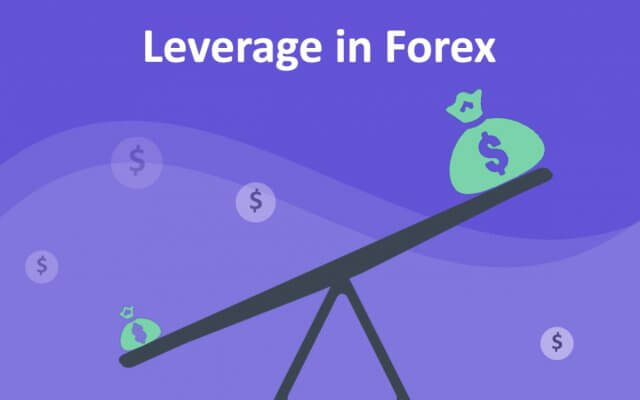 If you plan to trade Forex, it is vitally important that you fully understand what leverage and margin are, as well as what impact they will have on your trading. Below, we’ll provide not only their definitions but also go into the best-laid plans for their usage.

What exactly is Leverage?

Leverage is the simple act of trading more than you actually have. If we think about it in real-life terms, you want to buy some apples, you currently have 1 banana to trade for it. If someone offered you leverage of 1:10, you would actually have 10 bananas to trade, you would put in 1, the broker would put in 9.

What leverage does do, it allows you to have more and larger positions in the markets. It will allow you to place trades with a unit value of 10,000 with just 1oo of your own units if the broker is offering a 1:100 leverage.

So why is it called leverage, for the simple reason that it allows you to leverage larger positions in the market with a smaller amount of your own. So it sounds like a fantastic thing, and it can be for many, the problem is that it can also lead to a few problems if not used sensibly. This is due to the fact that the higher the leverage that you are arguing, the more capital that is at risk if things go the other way.

We have two traders, Trader A and Trader B, both of whom have an account balance of $10,000. Trader A has a leverage of $100 and Trader B has a leverage of 1:500. Trader B will be able to place higher value trades in the market due to them having higher leverage. So let’s assume that both traders purchase a mini lot which is the equivalent of 10,000 units of currency.

The way things can get a bit dangerous is that if you were to use 1:500 as your leverage with an account of $1,000, you are able to place 5 mini lots for just $100, if this takes a 100 pip loss, then it would take your balance down $500 which is 50% of the account. The amount of leverage that you use is up to you, you will need to determine how much risk you are willing to take.

What exactly is margin?

You often hear margin being mentioned, it is also mentioned quite a lot within trading platforms such as MetaTrader 4 or 5. But do we actually understand what it is and how it works? The easiest way of looking at it is to think of it as a loan from the broker which has been given to help cover the position that you are entering the market with. Without having margin, you would not be able to use the leverage that is being offered, the broker uses this margin in order to keep our position open and to cover the potential losses as it goes into drawdown.

Each broker will be offered different levels of margin, this is normally determined by the pair that you are trained and the leverage being offered on your account. Each currency moves in a different way and has a different base value, each of these things will affect the amount of margin that a trade with that currency pair will use. More volatile pairs often have higher margins attached to them due to the amount of movement that they have.

The margin will be noted within your trading platform in the form of a percentage (at last it is in most). The margin percentage often increases the higher the leverage that you have. We can think of margin as the 1 in the leverage ratio. If you have a leverage of 1:100, your margin is the 1 and is also the amount that you need in your account to make the trade. So a $10,000 position will mean that you need $10 in your account to open it, however in reality you need more, as the movements of the markets will require some wiggle room.

A margin call, that dreaded phrase that you hear people walking about, it’s the be-all and end-all of reading, you get this and it’s over. But what does it actually mean? It is basically what happens when you have no money left in your account, or more accurately, you have no more equity left in your account. It is a way for the broker to close all positions before you go into the minuses and end up owing money. It also acts as a form of protection, so you can never lose more than you put in.

There are two parts to a margin call, you have your used margin which is the amount of money that you have in open trades, you also have a usable margin. This is the amount of money that you have left in your account after the used trades have been taken out, this is what you have left to use. As soon as it hits $0, the broker will automatically close all trades. In reality, it is often a little bit higher just to be safe, but the principle is the same, get down to $0 or near $0 and everything will be closed.

So let’s put that into an example:

So Jack has used up $2,500 margin, this means that he now has a usable margin of $2,500 (balance – used margin). The trade, unfortunately, starts to go the wrong way, as it continues the wrong way it is slowly eating into the unused margin, if it goes too far, the unused margin will eventually hit $0, when it does, a margin call is made and the trade is automatically closed. This has left Jack with nothing in the account, but it stopped before it went negative and he owed anything.

Hopefully, you now have a better understanding of what leverage is, what margin is, and what a margin call is. It can be complicated at first, but these three things can make up a lot of what you would put into your risk management plan, so it is important that you get a decent understanding of it.