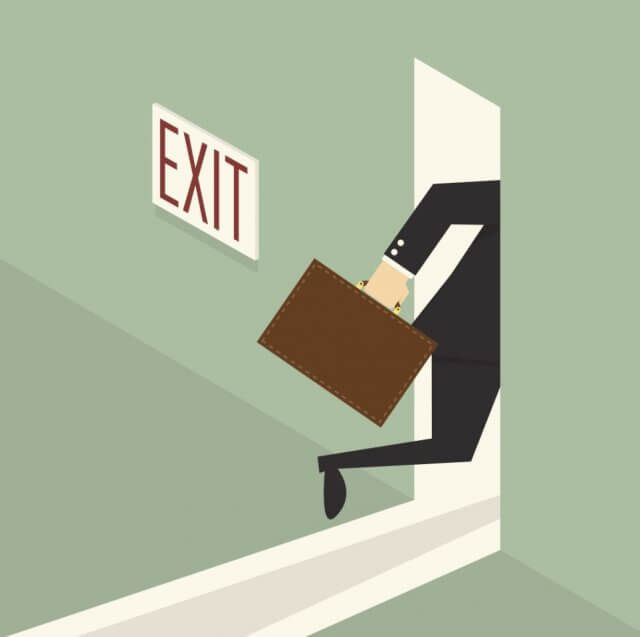 The sad truth about trading and forex is that the majority of traders give up, there are many reasons why they may be giving up, some from lack of funds, other from lack of time, but there is a wide range of these reasons which we will be looking at today. Some reasons will be unavoidable, others completely out of choice, so let’s jump straight in and take a look at some of the reasons why some people stop trading.

Let’s be completely honest, trading forex can be an expensive business, the problem is, that it has been made so accessible with accounts being able to be opened from as low as $10. The problem with this is that $10 is just not enough money to trade with. It’s fantastic that it is so accessible, allowing those to trade who never would have been able to 10 years ago, but what they do not tell you about these low deposits is that it just is not enough to trade safely with. Even with leverage of 1:500 which is what a lot of people go for these days, you will be able to put on just one or two trades before being margin called, it just is not worth it and it is a sure-fire way to lose that account. The other problem is that those coming in with $10 deposits are those that do not have a lot of money, so as soon as that money blows, that is everything that they had available to trade gone.

In order to have a safer account, you need to have a deposit of at least a few hundred dollars, otherwise, you cannot use proper risk management, so while trading is looking more and more accessible, in order to do it successfully and for a longer period of time, you will certainly need more than the minimums that a lot of brokers are suggesting. Without money, you cannot trade, so one of the main reasons why people stop trading is a simple lack of money and funds.

Trading is a long process, a very long process, in fact, there aren’t many things out there that take longer to either learn or perform. So it takes a long time to learn and to trade which will already put a lot of people off who jumped into trading in order to get rich quickly. You have probably seen a lot of adverts and people posting about how they have gotten rich overnight or within a week, people come into trading expecting this, but it just is not going to happen, and so they get bored of the fact that they are actually required to learn things and to put in both time and effort in order to make any money. They often decide to simply quit once they realise just how long it is going to take to actually make some money.

The other reason people can quit due to boredom is the fact that on occasion it can take hours or even days for a proper trade setup to show up. Trading was promised to us as being exciting, so why are we just sitting in front of the computer for days at a time with no trades being placed? Sometimes people even try to force some trades in order to build up a little bit of excitement, not something that you should be doing as this will only lead to losses which will put you off trading even more. People do not come into trading realising that it is a marathon and not a sprint. If you are bored, then do something else for a few hours, there is no need to sit in front of the computer for all this time, but people just want to trade, so they do and they then become bored and often this is enough for someone to give up entirely.

Overconfidence or a Lack of Confidence

To many being overconfident or having a lack of confidence may sound like completely different things, while they are on the opposite side of the spectrum to each other, they also have a lot in common and are both reasons for why someone may actually quit trading. Let’s start with the obvious one, having a lack of confidence is common when it comes to trading. This is especially prevalent when we look at people who have just started out. You have the excitement to begin, but do you really know what you are doing? When you have not done something before you often lack the confidence to do it, you can also lose any confidence that you did have when you experience a few losses in a row. If that confidence drops enough then you may even find it hard to put on any trades at all, second-guessing your analysis and trade ideas to the extent where you go days or even weeks without a trade being put on. When you are in this situation it is hard to build up your confidence as you are not trading and this can lead to someone quitting completely. 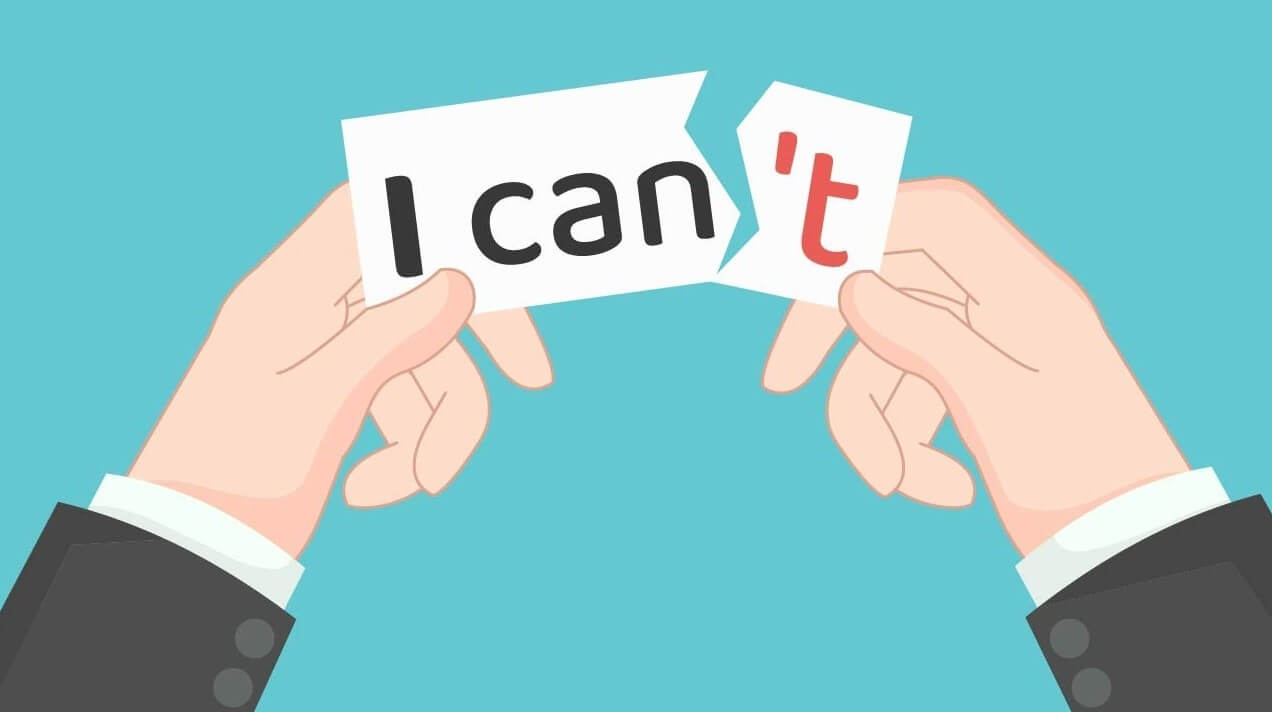 So the opposite of that is overconfidence, not something that you would normally consider something that would make someone quit doing something. You will normally gain the trait of being overconfident once you have had a few successful and profitable trades in a row. Confidence is a good thing, but when you get overconfidence it can start to cause issues. When you have this much confidence you start to think that you are invincible or that anything that you do will work. This can cause you to become sloppy, to start taking trades that you think will work rather than the ones that your strategy states that you should be taking. These out of strategy trades will eventually lead to losses that will then go against you. Either dragging down your confidence levels or making you think about running with whatever profits you currently have, for more serious cases, overconfidence can make you trade so much that you completely blow your account.

It takes a lot of effort and concentration in order to trade successfully. If you are not able to concentrate on what you are doing then mistakes are going to be made and you will inevitably end up losing some money. So if you are the sort of person that is easily distracted, then you may need to reevaluate what it is that you are doing and the environment that you are trading in. If your computer is full of notifications from Facebook or Reddit then you may need to remove them, if you can hear the TV in the background then you may want to turn it off or remove it entirely from the room. If you are distracted, you will make losses, not something that you want to happen. These distractions lead to a loss of focus which can completely take away your excitement and motivation to trade, if whatever is on the TV is of more interest to you than the markets are, then maybe trading just isn’t for you.

If you have been trading for a long time, multiple hours in a row then you can begin to feel a little tired, this can make you quit for the day but it certainly won’t make you quit trading entirely. Fatigue, on the other hand, can, is where you are constantly tired of trading, you will wake up and not really fancy trading due to being tired of it. When people begin to feel this over a longer period of time, it can be one of the catalysts for them to quit. Think back to the last time you had a hobby, are you still doing it now? Probably not, either from boredom, lack of interest or you got tired from doing it too much. When you do something over and over again, it can become tiresome and can cause you to fatigue. So it is often suggested that you should take regular breaks, to help prevent you from burning out.

One of the more obvious reasons to quit trading, a blown account is as low as you can get, it is the thing that all traders dread. Unfortunately, it is far more common than you may think. In fact, the majority of traders manage to blow their account and one time or another, if you haven’t so far, then congratulations, you are doing far better than a lot of other people have. When we do manage to blow an account, it can cause a complete loss of confidence, motivation and willingness to trade. This is the point where people often give up, especially if they put all their available money into that account. Those that stick with it can use this loss of an account has a huge learning opportunity, as long as you do not use all your money at once, understand that you can learn from it and have the motivation to continue to learn, you can get passed a blown account as a better trader, just make sure you don’t try to win that money back too quickly, that will only lead to another blown account.

Trading can take a lot of time, a lot of it, to learn, to trade, to do pretty much anything. When you start a journey as big as trading, from the outside it may look pretty simple. As soon as you get into it though, you soon begin to realise just how much there is to learn and how long it may take for you to do it. This can instantly put a lot of people off, especially as it is simple stuff. People these days do not want to sit down and take time to learn, they want things to work quickly and straight away, when it doesn’t they give up and move on to something else that they think will be a quick process instead. Trading takes a lot of time, people often want to do it after work, coming home tired and then getting into something so complicated can often make people give up from not having the time to learn it all after work. It is more than possible to learn part-time, many do, but it will take up most of your free time.

So those are just some of the things that can cause people to quit trading. There are of course many more, each trader is different in their goals, their abilities and their willingness to put in the effort. If you want to be successful, you need to be able to guard yourself against some of the reasons why people quit and you also indeed to be able to push yourself through them, as at some time in your trading career you will experience them, the important bit is getting through time and then pushing on to be a successful trader.