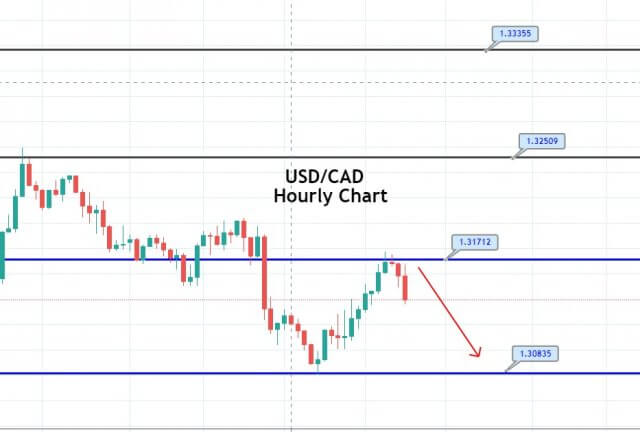 The USD/CAD pair was closed at 1.31447 after placing a high of 1.31519 and a low of 1.30808. Overall the movement of the USD/CAD pair remained bullish throughout the day. In the early trading session on Wednesday, the USD/CAD pair followed its Tuesday’s move and dropped to its lowest since 7th September over the US dollar’s weakness. The decline in crude oil prices also played a role in raising the USD/CAD pair on board. The negative macroeconomic data from Canada also added strength to the USD/CAD pair gains on Wednesday.

Whereas the NHPI for September raised to 1.9% from the forecasted 1.2%. The Core CPI for September also remained the same as the year at 0.1%. However, the Trimmed CPI for the year raised to 1.8% against the forecasted 1.7%. The highlighted CPI, Retail Sales, and Core Retails Sales data came in negative or as expected and weighed on the Canadian Dollar tDollartimately pushed higher the USD/CAD prices on Wednesday.

Meanwhile, the Crude Oil Inventories from the previous week dropped to -1.0M against the forecasted 0.5M and raised the demand for crude oil that ultimately supported the declining WTI crude oil prices on Wednesday.

Crude oil prices suffered on Wednesday though most of its losses recovered still, it closed its day weak, which made its commodity-linked currencies Loonie weaker and supported the rising USD/CAD pair.

The USD/CAD is facing immediate resistance at the 1.3171 level, and closing of candles below this level is likely to drive selling bias in the market. The USD/CAD has recently closed a Doji candle below 1.3172, which is suggesting that the bullish bias seems to be over, and sellers may enter the market soon. As we can see on the chart, the USD/CAD’s very next candle is bearish engulfing, followed by a doji candle, support strong selling bias for the pair. Therefore, we have opened a sell signal, and we aim for quick 40 pips. Check out a trading plan below.