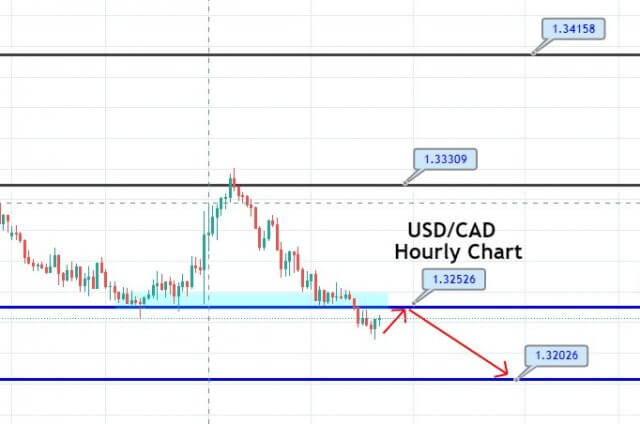 The USD/CAD pair was closed at 1.32564 after placing a highof1.33404 and a low of 1.32548. The USD/CAD pair dropped and removed all of its previous day’s gains on Wednesday amid broad-based U.S. dollar weakness and increasing crude oil prices. The U.S. dollar weakness was due to Trump’s latest U-turn on Wednesday’s previous day’s statement. The U.S. President Donald Trump backed his statement of halting the negotiations with Democrats because of continuous disagreement between both parties over the stimulus measure’s size. However, a day after that, Trump again called for more aid to Americans from U.S. congress as airlines and other small businesses were facing huge crises.

This U-turn by Trump raised risk sentiment in the market and supported the riskier Canadian Dollar that ultimately dragged the USD/CAD pair on Wednesday. The hopes for further stimulus dimmed on Tuesday after Trump’s advice to Republicans to stop negotiating with Democrats. These declined hopes added strength to the U.S. dollar on the previous day, but the strength was turned into weakness after Trump backed from his own statement on Wednesday.

At 19:30 GMT, the Crude Oil Inventories data from Energy Information Administration revealed that U.S. crude oil inventories for the previous week came in as 0.5M against -1.2M. The crude oil prices remained above $40 on Wednesday and added strength in commodity-linked currency Loonie. The rising crude oil prices raised the Canadian Dollar, which added pressure on the USD/CAD pair. Meanwhile, the Ivey Purchasing manager’s Index for September was released from Canada that dropped to 54.3 points against the forecasted 64.5 and weighed on the Canadian Dollar. It kept the losses in the USD/CAD pair limited on Wednesday.

Federal Reserve also released its September meeting minutes on Wednesday that revealed that officials were concerned about economic recovery and called for more stimulus measures to support the economic recovery. Minutes from Fed failed to give any specific direction to the USD/CAD pair on Wednesday, and the pair kept moving in a bearish trend.

The USD/CAD is heading lower with a bearish bias at 1.3245 level, having violated the double bottom support level of 1.3250. The closing of the bearish engulfing pattern on the 4-hour timeframe triggered a bearish breakout, which is now likely to open further room for selling until 1.3202 levels. Checkout a trading plan below…