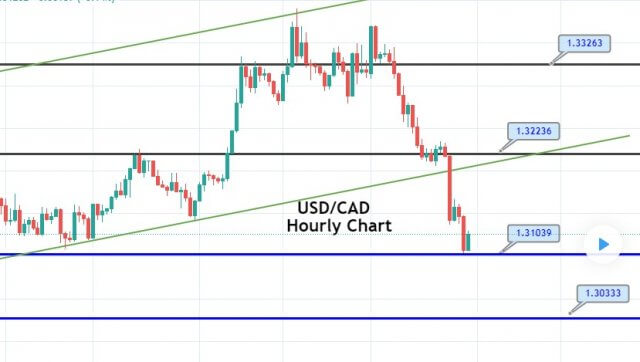 The USD/CAD pair was closed at 1.32158 after placing a high of 1.33702 and a low of 1.32153. The USD/CAD pair dropped on Monday after posting gains for three consecutive sessions. Despite the broad-based U.S. dollar strength, the USD/CAD pair fell on Monday and posted sharp losses on the back of the strength of the Canadian Dollar and rising crude oil prices.

The Loonie has been unaffected by the broad-based U.S. dollar strength on Monday as the WTI crude oil prices rebounded by 2% on the day and provided strength to the commodity-linked Loonie.

Furthermore, the risk sentiment was also improved in the market as the main equity indexes advanced on Monday, and oil prices also rose by $2 per barrel. The Chinese factory data also showed advancement along with the improved U.S. manufacturing activity offset the concerns about the coronavirus spread and supported the Canadian Dollar against the U.S. dollar and dragged the pair USD/CAD on the lower side.

On the data front, at 19:30 GMT, the Manufacturing PMI from Canada for October was declined to 55.5 from the previous month’s 56.0 and weighed on the Canadian Dollar that capped further losses in the USD/CAD pair.

The U.S. dollar came under fresh pressure ahead of the upcoming U.S. election as both candidates Joe Biden and Donald Trump have said that they would introduce the next round of U.S. stimulus after the elections. The fact that stimulus measures will be delivered regardless of who will win the election weighed on the U.S. dollar and added further losses in the USD/CAD pair on Monday.