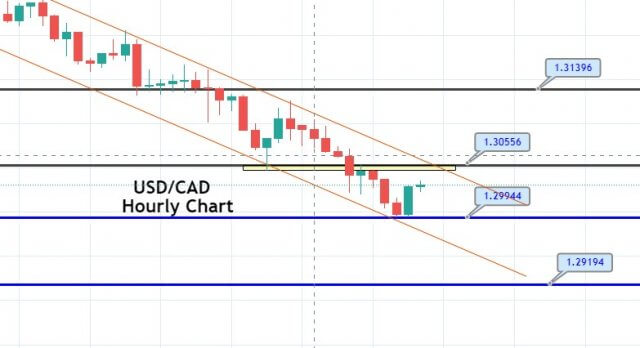 During Tuesday’s European trading session, the USD/CAD currency pair extended its early-day losses and dropped to the intra-day low below the mid-1.3000 level, mainly due to the broad-based U.S. dollar weakness. The U.S. dollar was down over bets on continuous low U.S. Rates. The U.S. Federal Reserve’s introduced a new policy framework on August 28, which fueled speculations that rates in the U.S. will continue to remain low. This, in turn, undermined the greenback and contributed to the currency pair losses.

Despite the US-China tussle, the global market risk sentiment remained well supported by optimism over a possible coronavirus vaccine. Besides this, the positive comments from the American Treasury Secretary Steve Mnuchin boosted the hopes of the U.S. stimulus package, which also exerted a positive impact on the trading sentiment and made the U.S. dollar unable to put any safe-haven bids.

At the USD front, the broad-based U.S. dollar remained depressed as the investors continue to sell U.S. dollars on the dovish Fed’s back. The Federal Reserve’s new policy structure keeps the doors open that interest rates in the U.S. will continue to remain low compared to other countries, which support the U.S. dollar under pressure. The losses in the U.S. dollar kept the currency pair lower. As a result, the U.S. dollar hit the 28-month low while declined to 91.99 despite the Dallas Fed Manufacturing Business Index growing beyond -3 to +11 in August. Whereas, the U.S. Dollar Index Futures that tracks the greenback against a bucket of other currencies dropped by 0.21% to 91.938 by 10:07 PM ET (3:07 AM GMT).

Moving forward, the market traders will keep their eyes on August’s U.S. manufacturing activity data, which is a schedule` to be released later in the day. The U.S. durable goods and employment data will also be key to watch. In the meantime, the updates surrounding the fresh Sino-US tussle, this time over the South China Sea, and the coronavirus (COVID-19) updates, could not lose their importance.


The USD/CAD is trading at 1.3009 level, having violated the support level of 1.3050 support level, which is now working as a resistance. On the lower side, the pair is likely to find support at 1.2975 level. The USD/CAD can drop further until the next support area of 1.2975 level. The MACD and RSI are also supporting selling, while 50 periods EMA also suggests a selling trend in the USD/CAD pair. Let’s consider selling below 1.3050 level today. Keep following Forex. Academy for quick trading signals. Good luck!