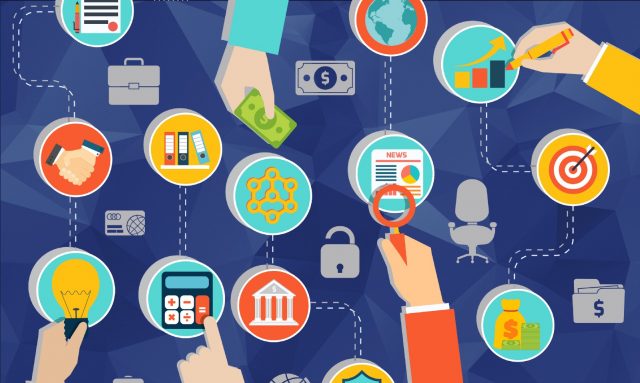 When it comes to the economics of cryptocurrencies, many issues have raised controversy. On a high level, crypto evangelists argue that cryptos are actually beneficial to the economy. On the other hand, central banks, environmentalists, and other critics claim that cryptos adversely affect the economy. Obviously, it is hard to settle this debate. Nonetheless, we will look at the top contentious issues with a view of understanding the arguments for each side.

How do we know that Bitcoin is valuable? And how do we know that Ethereum is more valuable than Ripple? Well, there are several economic indicators that investors use to estimate the value of financial assets, such as cryptocurrencies.

When you are deciding which crypto to go for, the price of the coin is what will most likely strike you first. You may hear arguments such as “Bitcoin is expensive; buy Ether instead.” But really, the price of a coin does not tell much about its value because prices are relative. Take this example: if you have $100 and spend it all on buying Bitcoin, you will get roughly the same amount when you sell the Bitcoins. This is exactly what would happen if you used your $100 on Ripple, Binance Coin, Tron, or whatever else. So you see, a coin’s price is just a number. You’d be better off looking at its volatility against its base currency.

Market capitalization: Market capitalization is the value of a crypto coin multiplied by the total number of coins in circulation. It is argued that market cap matters more than the price of a coin. This is because a higher market cap means that the total value in that ecosystem is high, and that is typically construed as posing less risk. You could compare this with the Us Dollar versus the Euro – there are more dollars in circulation, although the Euro beats it at price. That’s food for thought.

Trading volume is the number of coins that exchange hands within a 24-hour period on a given exchange. Each transaction involves a seller moving funds from their wallet to the buyer’s wallet. Each successful transaction is recorded and contributes to the total volume on that exchange. Volume is a good indicator of the strength of the underlying market. If you observe high volumes and increasing prices, it might be a good time to buy the coin as the value will likely increase. On the converse, if you observe high volumes and declining prices, people are probably dumping their coins, and in the short run, the currency will lose value.

Where Do Cryptos Get Their Value?

Good question. Understanding how cryptos become valuable is crucial in determining how they can impact the economy and whether such impact would be positive or not. There are several explanations of how cryptocurrencies get their value. The following are some of the most plausible ones.

#1. The larger the community involvement, the more valuable the crypto. Although there are some exceptions, this is largely true. For example, Bitcoin has the largest user community and is the most valuable (in terms of market cap).

#2. The utility theory: This argument says that if you can use a currency to perform any useful function, then the currency is valuable. According to one research, this is debatable because about half of the known cryptos have no meaningful usage. For this reason, crypto critics have argued that cryptocurrencies create value out of thin air.

#3. Perception: The value of a cryptocurrency is closely linked to what people think about it. Perception is also the root of speculation. For instance, Bitcoin’s price surged during the past two halvings because speculators had this general feeling that the currency is becoming more scarce and, thus, more valuable.

Cryptocurrencies have the characteristics of money, including divisibility, scarcity, transferability, interchangeability, and durability. We should have explained where money gets its value first. But that is out of scope for this topic.

The Phenomenon of Double Spending

Double spending occurs when value is created but spent in the same process. Cryptocurrencies exhibit double-spending primarily in the following ways:

Costly mining: Most cryptos (these are the ones that rely on proof-of-work) are generated through mining. In this process, expensive equipment is used to perform complex calculations to verify transactions. The high rates of power consumption by this equipment have also not gone down so well with environmentalists. The bottom line is that operating cryptocurrencies is itself a costly affair, which begs the question: are cryptos really economical?

Delayed settlement: The majority of cryptocurrencies do not offer an instant settlement. Bitcoin, for instance, takes an average of 10 minutes to reflect on the recipient’s wallet. Well, economics teaches us that time is money. If you follow the capital markets, you must have heard of how costly a momentary stock market shutdown can be. Thus, one would be right in questioning whether the time wasted in delayed settlements is not an economic loss.

Volatility is one of the core characteristics of cryptocurrencies. But this is not exclusive to crypto – traditional capital markets experience the same phenomenon. The root cause of volatility is fear – the fear that an asset may suddenly lose its value. So, let’s look at what causes this fear.

Bad news – Negative news about a cryptocurrency always causes a scare among holders of the currency.

Security breaches – When an exchange is compromised, investors tend to rush to dispose of their coins in fear that they might be stolen. This usually results in a sudden drop in prices since many are selling but few are willing to buy.

Uncertainty about the future of cryptos – Once in a while, crypto investors ask themselves whether cryptocurrencies have any intrinsic value. Upon realizing that the answer is no, fear kicks in.

Risks from large currency holders – For most cryptos, those who acquired them during the early days hold large amounts of the asset. The fear that these folks may one day flood the market with their coins always lingers.

Interestingly, there is a tool that investors use to measure fear (read volatility). The Volatility Index (VIX), also known as Fear Gauge or Fear Index, is used to estimate the extent to which an asset is volatile. VIX was invented for the S&P 500 Index but has been adapted for use with cryptocurrencies.

How Cryptocurrencies Have Helped the World Economy

Despite the hullabaloo on whether cryptos are good or bad for the economy, they have certainly impacted economies positively in the following ways:

Cryptocurrencies have created a whole industry for themselves. Many people have become rich through trading cryptos. Similarly, many people are employed by exchanges, consultancy firms, and so on, all thanks to the existence of crypto.

The reduction of transaction costs means people can do more with their money.

It has opened more opportunities for entrepreneurs, such as those who were experiencing difficulties trading with global partners.

Cryptocurrencies have interesting yet controversial economic principles. Some believe they are economically counterproductive, and then there are those who believe they have created new economic opportunities. Both sides are right to some extent. However, it would be grossly unfair to turn a blind eye to the obvious economic opportunities that can only be attributed to cryptocurrencies. 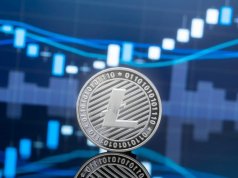 What Makes Litecoin a Promising Investment?