Selling before or after the token swap
From the 20 projects that were included in the research, we compared the results:
Group 1: This group is comprised of the native tokens that were listed on exchanges as soon as the token swap happened.
Group 2: This group included the projects where there were, or still are, delayed by the exchanges as far as listing their native token goes.

For a token swap to be fruitful, exchanges that already list the ERC20 token needs to support the token swap. They also need to confirm the date of listing the native token. Group 1 and Group 2 differ in terms of how exchanges value them. It’s critical that the project management team has a good relationship with the exchanges as well as with their community.

If an exchange does enable trading of a native token after the token swap, the token holders are effectively holding a non-tradable token. This situation is further exacerbated when a larger percentage of tokens did not participate in the token swap and continues to trade on the exchange.

We have compared 15 projects as well as their token price over four time-frames: 24 hours, three days, seven days, and 30 days after the token swap date. The projects that were included in the comparison were as follows 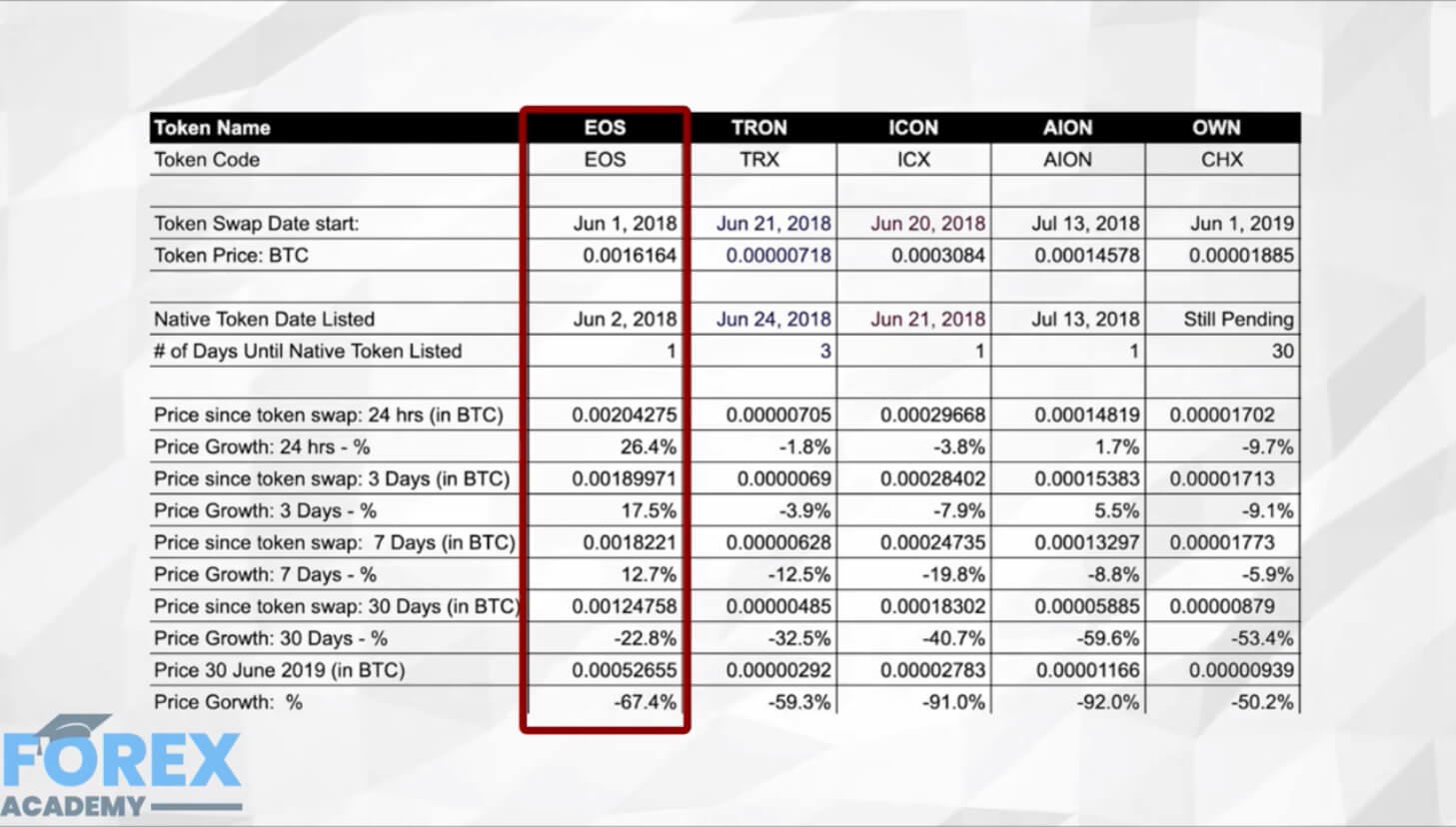 The two most successful token swaps so far were EOS and VeChain. EOS, which is currently the seventh-largest cryptocurrency, increased its price by 26.4% in the first 24 hours, 17.5% after three days, and 12.7% after seven days of its token swap.

VeChain was almost as successful, recording a 23% gain in the first 24 hours, 22.6% gain in the first three days, and 3.4% in the first seven days following its token swap.
Both of the projects had their native token immediately listed on an exchange. On the other hand, the success level of these two projects was also determined by the marketing hype surrounding them. EOS’s ICO was the biggest in the history of the cryptocurrency space. As an ERC20 token, EOS got listed on 34 cryptocurrency exchanges. The token swap was immediate, and the tokens were frozen as soon as the main-net launched. 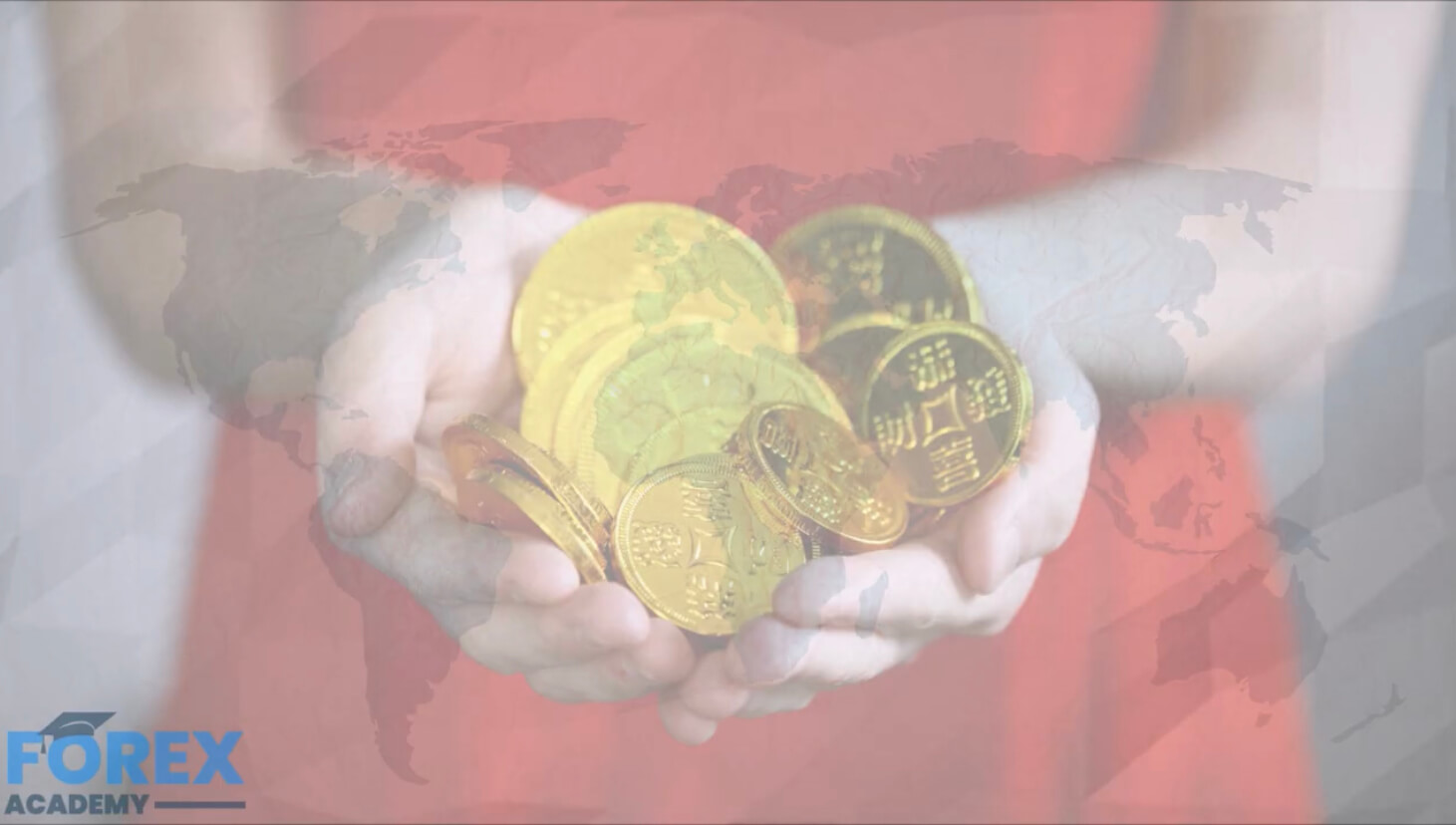 Vechain’s intention of boosting transparency and product management in the supply chain sector generated a lot of interest from shipping companies as well as other businesses in the industry. The token swap was allowed for six weeks. Vechain got listed on 26 exchanges prior to its token swap. On top of that, 19 of them participated in the token swap process.
Some of the tokens performed negatively, as well. These projects are Cybermiles and Mithril. They are less popular in the crypto space, which undoubtedly contributed to their lack of success. EOS, as an example, plunged by 28% 30 days after its token swap. This result implies that the positive impact of the token swap wore off, and the general market conditions affected the price performance.

EOS, Tron, Icon, Vechain, AION, CHX, as well as Pundi X, went through a token swap in 2018. During 2018, the most prominent names are Binance, Zilliqa, and IOST.

The stated purpose of this research was to identify if investors should sell before or after the token swap. The research showed that the tokens returned to their regular price after some time, which means that any potential price benefit should be looked at from a shorter time-frame.

Looking at EOS and VeChain, one can note that they both had considerable brand recognition at the time of the token swap. After removing both EOS and VeChain from the 3-day results above, the calculations show that the potential gain of a few percents is undoubtedly not worth the risk of engaging in a token swap.