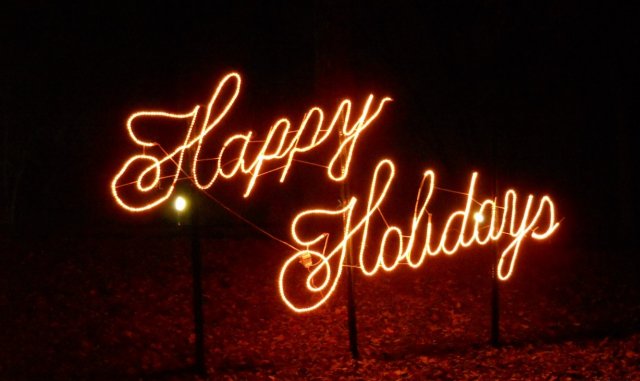 Most of the fellow traders have the same question on their minds around the new year. They have doubts about their way of trading when holidays start to knock on our doors. Some traders have been gaining pips throughout the whole year and they were constant in trying to sharpen and refine their game as much as they can. They were dedicated and they were making smart moves. With that kind of approach to forex, there will be very few worries on our minds. Naturally, we have the ones who are not that focused on their pairs and they’re practically gambling without any decent knowledge whatsoever.

Some people claim that the holiday season might be unprofitable for those with bad trading skills not just because they have poor trading manners but simply because the holiday is time for the break and that we shouldn’t chase money at that time no matter how our trades were successful. But we all need money all the time and especially during the holidays and somebody who wasn’t scoring constantly will try to make silly unrealistic trades around holidays just to catch that feeling of satisfaction and try to finish the year on positive vibration. So for all traders with different kinds of strategies and levels of dedication, is the forex climate any different during the holidays? Is December really a month where things dry up?

In our money playbook, we should aim for a 10 to 15 % yearly return. The stock market averages around 11 % a year but 10 to 15 % we consider as pretty good, of course, we would like to go higher if we can. This kind of consistent return year after year is something we should seek out for. The prevailing thought is that most people are away for the holidays and people are closing a lot of their long-term positions before the new year ends for tax reasons so because of that we have less volume. Less volume is bad for trend traders. How do we approach this? Historically observing, we don’t see a very good reason to make a whole lot of adjustments just because of the time of year we’re in. For example, December 2018 was pretty slow in terms of volume and overall movement in the market that we traded.

The stock market was near crashing back then and people were not officially panicked because they didn’t take their money out of the stock market and placed it into the forex market. There were sharp downward movements in the economy. But other Decembers before that have not been slow. According to our long experience, we have just not seen enough consistency year after year to warrant doing anything unusual in our own trading just because it’s December. This could be for a lot of reasons, we could have a lot of economic news that goes on in December that actually makes a difference. Also, most of Asia which is the most populous continent in the world doesn’t celebrate Christmas or Hanukkah or Kwanzaa so their world just keeps right on turning. This is where our volume indicators come into play.

Even if the numbers do add up and December is the slowest month of the year compared to the other months, the volume can certainly be there. Certainly enough volume to trade with. Volume indicator is crucial because it helps eliminate losses that we take along the way thus making our account making go up and up. The volume moves the market, we could say that volume is its fuel. The price has a high possibility of trending when there is a volume in the market and particular currency pair. When there’s no volume in the market or currency pair then the price has a little chance of trending. It is possible that for the price to trend without volume, but hardly, therefore we want odds to be on our side. They say that the good volume indicator is the main figure in a trading system and that we are not going to reach high branches without it. So we need to test as many as we can until we find one that consistently gets the job done as we want.

Once again, if there’s any lacking in volume, we might consider trade with less risk or simply not trade at all. So if we could determine these times around the holidays where volume is slow we should maybe take a break and do nothing. So far according to our research, there really wasn’t any significant difference between December and other months. On new year’s eve, we usually close out all of our open trades and wait for the new year’s break to pass, and soon after we re-enter the market. Better not to take losses if we don’t have to. This could be one voluntary day of inactivity out of all trading days of the year.

In the end, does it really matter when we trade? Probably not, because if we have the appropriate set of tools and indicators they will show us day by day if we should be trading. Even in late December, if there’s an opportunity out there our system is going to visualize that for us. Here we prefer to trade the daily chart exclusively. We believe this could be an advantage. For example, intraday traders could find themselves in a very difficult situation if volume occurs to be slow for an extended period of time. The volume they need is not going to be there and this could cost them a lot. If we trade the daily chart we could potentially recognize these times and know where are the opportunities as well in these slower months.

We need to eliminate the losses the best we can. We need to eliminate the situations that have a higher probability of giving us losses. We don’t want to control something if we don’t have to. So not trading during the holiday sessions and around December might be overrated. The most important thing that we could do is to stay disciplined no matter what happens. Traders, have patience, eyes on the prize, and you’re going to be just fine. During the holiday season if you have time to go in the market and check on your trades and charts go do that. And if your system is telling you to enter new trades go right ahead and enter them no matter what month it is. Go with confidence, always.