Altcoins are, simply put, the cryptocurrencies that launched after Bitcoin. Altcoins are made to either do the things Bitcoin does but better or to fill some other gap in the market. Bitcoins’s success created a whole industry where people are trying to solve world problems using blockchain and cryptocurrency tech. As Bitcoin itself is not a complete project yet, some altcoins are trying to become a “better version of Bitcoin.” Others want to improve other industries and have no intention of being Bitcoin’s competition. As the term ‘altcoins’ represents all other cryptocurrencies other than Bitcoin, there are thousands of altcoins out there.
Why are non-Bitcoin cryptocurrencies called “Altcoins”? 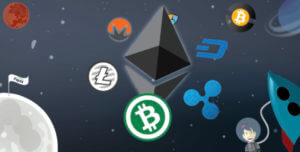 “Altcoin” is a word combined from the words: “alt” and “coin.” “Alt” is a short term for “alternative,” while “coin” is a jargon term for cryptocurrency. Together, they represent alternative cryptocurrencies as they are not Bitcoin. However, many (if not all) altcoins are influenced by Bitcoin in many ways. While many came to life directly by forking off from Bitcoin’s blockchain, others created their own blockchains.

Many altcoins are built on the framework provided by Bitcoin, which means that most of them have similar characteristics. They have a peer-to-peer network and use Proof of Work concept to incentivize transaction validation through mining. However, there are a lot of altcoins, and almost all of them have a special feature or a set of features that differentiates them from the rest. They differ from Bitcoin with a range of variations which range from including different validation incentive algorithms to security and anonymity features.

The earliest notable altcoin is Namecoin, and it was almost an exact copy of Bitcoin. They had the same code as well as Proof of Work algorithm. They also had the same maximum amount of coins, namely 21 million coins. Namecoin was created in April 2011 with the main purpose of improving on privacy features. Namecoin tried to make user domains less visible, which allowed them to mine using their own .bit domains.

Namecoin was not a successful project, but many others were. Current leading examples of altcoins are :
Litecoin;
Ethereum and
XRP/Ripple.

Right after Namecoin’s launch, Litecoin came out and was branded as the “silver to Bitcoin’s gold.” Litecoin is another project that is extremely similar in code and functionality to Bitcoin. However, Litecoin differs from Bitcoin in several essential ways: It allows mining transactions to be approved four times faster than Bitcoin and has a supply that’s 4 times bigger. It also uses a different proof-of-work algorithm than Bitcoin that’s called Scrypt.

As of October 2019, there are more than 3,000 cryptocurrencies available over the internet, and they are all considered altcoins, except Bitcoin. New cryptocurrencies can be created at any time and by anyone. However, not all of them are successful. Many of them will not find their place in the market and will eventually fail, as many older cryptocurrencies already did.
Biggest Altcoins explained 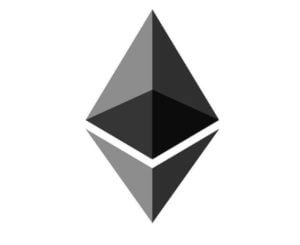 Companies such as J.P Morgan Chase, Microsoft, and Intel gathered up in order to create the fiercest rival to Bitcoin in terms of market capitalization, Ethereum. The main purpose of Ethereum was not to directly compete with Bitcoin but to rather program binding agreements (which are called smart-contracts) into the blockchain itself. This incarnated into the now-popular smart contract feature that many cryptocurrencies use.

It should be noted that Ethereum is not just a currency as it did not copy its code from Bitcoin. It is also a blockchain platform that’s powered by its cryptocurrency: Ether. Ethereum has the potential to revolutionize many industries with its smart-contract feature as these contracts can be used to improve how we store medical records, how we do property sales and leasing etc. 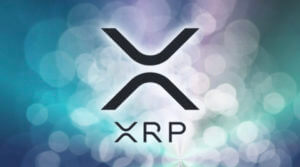 XRP attracted a great deal of venture capital during its inception, as it was the first cryptocurrency that had a plan to revolutionize the banking industry rather than turning it upside down. This altcoin startup managed to raise $50 million from banking institutions, gathering $90 million in total funding. The project is even backed by Google. XRP has a unique feature of allowing transacting with any unit of value, from fiat currency to frequent flier miles.

Ripple tries to improve the outdated SWIFT transfers, which are costly and slow. Using XRP would lower the total cost of international settlement by enabling banks to transact directly, instantly, and with a certainty of settlement. XRP quickly took its spot as the 3rd largest cryptocurrency and 2nd largest altcoins on the market.
However, many influential people think that XRP is not a real cryptocurrency and that all its value lies in the company that created it instead of the cryptocurrency, which was not being used all that much. Only time will tell whether this statement is true or false. 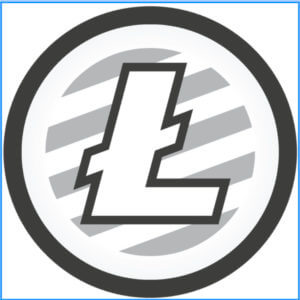 Former Google engineer Charles Lee created Litecoin in order to improve on how Bitcoin is used. His idea was that Bitcoin should be considered the “internet gold” while Litecoin would be used for smaller purchases as it was faster and cheaper, but less safe due to its network size. The block-generation speed is improved dramatically, and this resulted in much faster transactions. This speed, however, makes Litecoin’s blockchain much larger and more prone to producing orphaned blocks. Litecoin is often used for testing Bitcoin’s new features and their value.

While the altcoins mentioned above are out there to perform useful tasks (example: acting as a testnet capacity or offering greater anonymity than Bitcoin). There are, however, many other altcoins that are created to scam people and are completely driven by speculation. Not all projects are created equal, so check all the fundamentals before investing and beware.