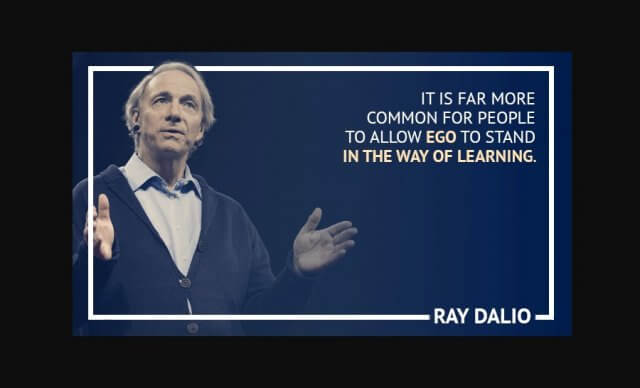 Whether it be forex trading or virtually any other topic, we often turn to the experts when learning how to do something with success. Those who have come before us and become masters of their craft have a lot to share with the world. We need only know who to mimic when working to become masters ourselves. The following three individuals are, at present, the richest traders in the world. Let’s see what we can learn from them.

Ray Dalio wasn’t always the richest trader in the world, but he has recently surpassed billionaire traders Carl Icahn and George Soros with a net worth of $18 billion as of 2020. Dalio is the founder of investment firm Bridgewater Associates, was ranked #4 on the 2017 hedge fund managers list in Institutional Investor Magazine, and was ranked as the 67th richest person in the world in Forbes a few years ago. Dalio became interested in trading at the age of 12 as the people that he worked for often spoke about stock trading. He credited meditation and an early success buying $300 worth of stock in an airline for helping to get him off to a good start.

Dalio took an interest in trading commodities in the 1970s before it was considered to be a lucrative investment. He then created his own investment firm Bridgewater Associates after being fired as a director at another firm. By 2011, his firm was the largest hedge fund in the world. Dalio also became famous after he predicted the global financial crisis in 2007.

Ray Dalio is obviously a genius investor that really understands how the stock market works. Young traders should take note of how young he got started and consider looking into a career at an investment firm or similar business. The investor has actually released a 15-minute YouTube video that explains “How the Economic Machine Works” and published a book titled Principles, which tells his life story and covers his money-management principles. If you want to learn more about how he did it, you should consider reading his book.

With a net worth of $14.3 billion, Carl Icahn has currently traded his position as the richest trader in the world for second place. Before becoming a broker, he acquired a philosophy degree at Princeton and went through three years of medical school. The wealthy investor then decided to become a broker and options manager for two separate companies.

Carl Icahn amassed his fortune as a corporate raider by purchasing large stakes and either manipulating his targeted company’s decisions to increase their shareholder value or forcing them to buy back their stock at premium prices. This tactic was very popular in the 1980s and it helped many traders to become rich. He also used the green mailing tactic, where he would threaten to overtake certain companies so that they would buy their shares at premium prices to remove that threat.

Corporate raiders have to acquire a massive portion of their targeted company shares, which would obviously require a large amount of capital to invest. While this puts the strategy out of many trader’s reach, one could consider looking for investors to help get things off the ground. You would then look at taking over companies that are run poorly and that don’t share enough of their profits with their investors. When the time is right, you can then sell those shares at a huge profit if you follow the strategy. Of course, the need for a large investment might serve as a roadblock for many traders.

In his 40+ years of trading, George Soros has amassed a net worth of $8.3 billion, is the hedge manager of the flagship Quantum Fund, was named the “world’s greatest money manager” by Institutional Investor Magazine back in 1981, and has been nicknamed “the man who broke the bank of England.”

Soros is known for making massive, highly leveraged bets on the way the market will move. He takes macroeconomic analysis into account when making trading decisions. Macroeconomics studies the economy as a whole while focusing on national output, unemployment, and inflation rates. Soros does not believe in traditional ideas about an equilibrium-based marketplace and instead believes that traders cause booms and busts which are directly influenced by their irrational behavior. This presents opportunities to invest, according to Soros’ belief.

So, what can traders learn from this trading legend? In order to mimic his strategy, you’d need to have millions in your trading account to copy his massive bets and you’d also need a lot of knowledge about leverage, otherwise, you’d probably lose everything when making highly-leveraged trades due to how risky it can be. Those that don’t have the means to do this can still take a lesson from the way that Soros believes the market is influenced and should really look into macroeconomics and take that into account when making decisions.