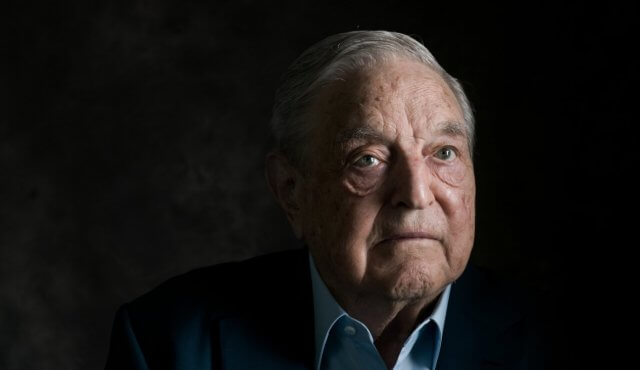 If you want to get really good at something, it helps to take a few tips from the professionals. In this case, we’re looking at professional trader George Soros and the methods that have made him successful. If you haven’t heard of George Soros before, here are a few quick facts you should know:
George Soros’ current net worth is 8.3 billion dollars.

-He earned the title of “the man who broke the bank of England” in 1992 when he made more than a billion dollars selling the pound sterling.

-George Soros is co-founder and manager of the Quantum Endowment Fund, which is an international hedge fund worth more than $27 million dollars.

As you can see, George Soros has had a lot of success and experience in his 40+ years of trading. Many traders aspire to be sitting in his place one day in their future. The best way to follow in this successful businessman’s footsteps is to study the way he trades and manages his funds.

George Soros is a short-term speculator, meaning that he purchases assets for short periods of time and uses strategies to profit from changes in the price. His strategy involves making huge bets that are highly leveraged in the direction that he believes the market will go. The hedge fund we mentioned earlier is famous for making large, one-way bets on the movements of assets based on macroeconomic analysis.

Macroeconomics combines economic trend analysis, long-term projections, analysis for alternate trends, the impact of fiscal/monetary measures, and simulations of the economy. There’s a lot to it, but the internet has a lot of helpful information that covers macroeconomics so that all traders can familiarize themselves with the concept. Soros believes that traders themselves influence the market fundamentals and that their irrational behavior leads to booms and busts, which offer investment opportunities.

Although we can learn a lot from this investor, everyone can’t mimic his strategy. In fact, most wouldn’t be able to do so effectively. This is partly because he makes massive trades that would be beyond many trader’s abilities. The man is a billionaire after all. Another thing that could stop one from copying him is the fact that he uses high leverage on his trades. Leverage can obviously work to one’s advantage, but it is often referred to as a double-edged sword.

Overleveraging trades has caused many traders to wipe out their accounts completely because it is very risky. We would only recommend using a high leverage ratio if you are a skilled investor that can afford the risks that go along with it. A good way to become more acquainted with leverage would be to trade from a demo account using different leverage options.

If you aspire to be one of the greatest traders in the world, it helps to take notes from the experts. George Soros is the perfect example of a self-made billionaire that has launched himself to success through trading. Many traders look up to the businessman and want to copy his strategy. The bad news is that his game plan cannot be mimicked by just any trader. Making huge, highly leveraged bets requires experience, bravery, and obviously one would need a large sum of money in their account. Some traders might have the resources to do this, but those that don’t can still take some very helpful tips from the billionaire.

Consider his belief that booms and busts are caused by trader’s irrationality. You could also study macroeconomics and plan your trades based on that information in order to trade with the same thought process as George Soros. In conclusion, every trader could one day find themselves sitting in the same place with a lot of hard work and determination. Even if you can’t follow Mr. Soros’ strategy exactly, his success can still offer some important trading lessons.