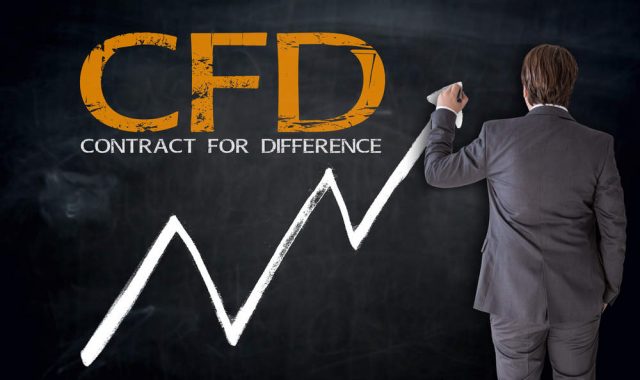 Although it is a basic term within trading and forex, in this article I will explain what CFDs are and what they are not. I begin almost necessarily by telling you that CFD, as you know, corresponds to the acronym “Contract For Difference”, which translates into Spanish as “Contract For Differences”. It is a financial product in which the differences between the purchase price and the selling price of a financial asset are settled. When we talk about Forex specifically, about a pair of quoted currencies.

Yes, a CFD is a derivative instrument, or what is the same, it is issued on the price movements of an instrument listed in a market (referred to as the underlying asset), but without being able to physically purchase that asset. Only the benefit or loss of the transaction is charged or paid, but ownership of the asset is never acquired. CFDs have no maturity, the open position in the market can last as long as the trader deems necessary.

2.1. Why an expert trader chooses to trade CFDs

6.2. Learn how to calculate the profits and losses of your CFDs

How CFDs are Valued

In case you are wondering how CFDs are valued, they are contracts with a broker who issues them, unlike for example the shares that are acquisitions of assets in the market. Typically, the broker offers two prices around the asset’s quotation, one for the purchase (which the trader is supposed to sell) and one for the sale (when the trader wants to buy); these prices are what you can see as “bid” and “ask” respectively.

In forex, standard contracts are called lots and are equivalent to 100000 units of the base currency. Although there are also mini-lots (10000 units) and even micro-lots (1000 units).

How to Operate CFDs

To operate CFDs you only need to establish a contract with a broker that issues these financial products, opening an account with it, and providing an amount of initial capital. Generally, the whole process is done online. When opening an account, the broker usually provides all the tools necessary to trade CFDs, including the trading platform where market analysis is performed, purchase orders are issued and the capital contributed is managed.

Trading with CFDs is as easy as buying, launching a purchase order on the aforementioned trading platform when a price increase is expected. As well as selling when you expect a decline. CFDs are bought and sold as if they were the asset on which they are issued, with the advantage that it is not necessary to own them in order to sell them. It is possible to sell first and repurchase later to close our position (this operation is called “short investing”, “short position opening”, etc.).

To undo the operation, you just have to throw an order opposite to the opening one, even though the platform itself allows you to do it in a simpler way, simply by choosing the option “close position” (or similar).

A skilled trader knows how to handle financial markets (which doesn’t mean he always makes a profit), handles risk well, and is able to control his emotions. In this sense, trading through CFDs is an option if your goal is to use leverage. Trading with CFDs has a number of advantages and a number of risks that we will see below. Risks are controllable if you have the knowledge and a necessary methodology (an expert trader has these two characteristics). Once these two skills are achieved, trading CFDs can be an option to consider.

Trading and trading with CFDs requires:

Why Trade CFDs Instead of Shares

When buying shares in a company, a part of the ownership of the company is acquired. In other words, we are shareholders and we are linked to the business of this company. However, we can only sell the shares if we have previously purchased them (unless they are requested on credit). Short transactions are therefore difficult: we can only have a profit if the shares are revalued. With CFDs this changes, it is possible to make money with upward and downward movements.

With the cash shares, we will not have leverage, we must disburse 100% of the purchase price of the same. This means that the volume of operations is limited to our capital in the account. In this case, the investments will require more maturation time, because they need more price travel to obtain an acceptable profit. Intraday trading, even short-term trading, becomes almost impossible unless a high amount of capital is available. Finally, when buying shares a physical purchase is made, you have ownership of them and this fact requires incurring commissions and additional costs.

Trading Platforms to Trade CFDs On

There are many trading platforms to carry out trading through CFDs. Generally, it is the broker himself who provides this tool to the trader when opening an account. There are brokers that have designed their own platform, others, on the contrary, offer it under a customer terminal, but it is not their property and can be used by various intermediaries. Some platforms you can find to trade with very popular CFDs are Metatrader 4 and 5, Visual Chart, Pro Real-Time.

The main characteristics of CFDs are the great flexibility they provide, added to the leverage capacity. As I have told you before, are financial products with leverage, the trader does not need to deposit the entire value of the investment. Simply by providing a percentage of it as a guarantee to cover possible losses (margin required) it is possible to open a position with a much larger volume. The potential profit is increased because it is operated with the capital in excess of that actually available.

Liquidity is another of its characteristics, we can buy and sell at the desired time (the Forex market is always operating from Monday to Friday, 24/7) without worrying about the counterpart.

A trading strategy is about maintaining rules, both for the analysis and for the execution of the trade. The strategy determines the purchase and sale decisions of CFDs, as well as the time, the asset, the volume of the transaction, the potential profit, maximum allowed loss, etc.

To establish a trading strategy with CFDs, the first thing we must decide is the tools we will use for our operations in the market:

In addition, the trader must define its style when trading (according to the time duration of the investments in CFDs):

The risk of trading CFDs comes precisely from the use of leverage. Trading with more than available capital means that each market fluctuation has a greater impact on the trader’s account, whether in favour or against.

An unfavorable operation, if you don’t have proper risk management, can damage your money. When the margin runs out, the broker will require a new contribution or close the position. Be careful because here you must already assume the corresponding loss.

The maximum leverage level for CFDs on the Forex market for major currency pairs and for retail traders under the ESMA regulation for European customers is 1:30 (which means providing a margin of 3.33% on the volume of the actual trade), in accordance with current regulations. So, in this way, the risk of CFDs is limited.

How to Calculate Profits and Losses

To calculate the profit or loss when trading with CFDs, the first thing that will be necessary is to take into account the costs of the transaction.

The main fees charged by CFDs brokers are:

Spread: the difference between sales and offer prices (mentioned above). They are usually a few points and are usually loaded at the time of opening a position. For this reason, trading with CFDs starts with a small loss.

Swap: also called “rollover” or “night premium”. This commission has as a concept the daily interest of the money that the broker lends us for leverage. It is a charge or credit to our account each day, depending on the difference in the interest rate of the two currencies of the pair in which you trade.

Once the costs are known, the factors to take into account to calculate our profit or loss from the position with CFDs are the following:

The contract size or volume of the position (in the base currency).

In Forex, the minimum price move is called “pip”. A pip is a variation in the fourth decimal place of the currency pair, except for the pairs involving the Japanese yen, which will be the second decimal place. The number of pips earned or lost by the value of each pip (depending on the volume of the position), less the commissions applied, results in the gain or loss.

Then we will have to convert profits or losses into the local currency at the exchange rate.

Who Can Trade CFDs?

Basically, any person with the ability to contract and who has available capital to invest is in perfect disposition to trade with CFDs. In other words, simply by being of age (and not being legally incapacitated) and contributing an amount as capital, it is possible to open an account with a CFD broker and start trading. Trading CFDs is within the reach of anyone because it is not necessary to have a large sum of money.

The advantages of operating with CFDs come from the characteristics of these products, as we have seen above:

-We will only have to deposit a part of our capital as a guarantee, being able to increase the amount of our trading operation.

-They offer the possibility of short trading with the same ease of long trading. The trader can make profits even when the market drops.

-They are extremely agile, it is possible to perform operations of a few minutes duration. Thanks to CFDs and the leverage they offer the trader can take advantage of the slightest movement of the market.

-They require, in most cases, lower commissions than the sale of physical assets.

-They are available to anyone, it does not require much capital to trade with CFDs.

With regard to the disadvantages of:

-Leverage is the risk factor for CFDs, which can be both an advantage and a drawback at the same time. Comprehensive risk management is needed; for this reason, expert traders choose CFDs: they are masters in risk management.

-Although these products do not lack reliability and transparency, they are not quoted on an organised market.

-Daily interest payment is required due to the money borrowed by the broker in the leverage.