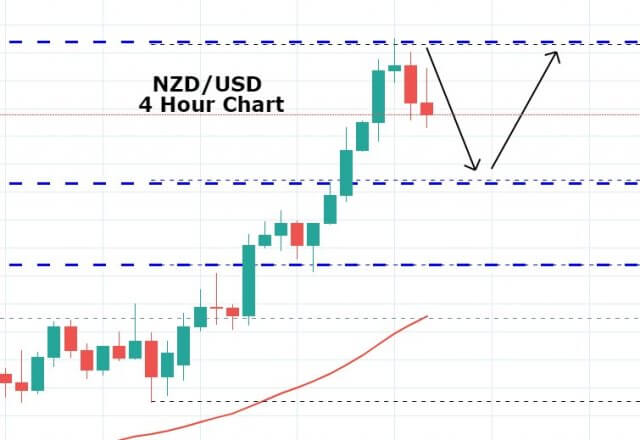 The NZD/USD pair is trading bearish at 0.6375 level in the wake of profit-taking in New Zealand. The growing optimism about the easing of lockdown restrictions in most of the countries fueled the hopes for the sharp V-shaped recovery for the global economy, which eventually undermined the safe-haven U.S. dollar. The reason for the selling bias in the U.S. dollar could be associated with the absence of any conflicting news from the US-China, which ultimately boosted the market’s risk sentiment.

As in result, the broad-based U.S. dollar was sold during the day and pushed the currency pair further lower. Whereas, the U.S. Dollar Index, which tracks the greenback against a basket of six other currencies, stood at 97.362, down 0.3%, fell to levels last seen in the middle of March.

Apart from this, the risk-on market sentiment was further bolstered by the positive news that U.S. President Donald Trump stepped back from its previous day’s decision to use Federal militaries to halt the on-going protests near White House. Consequently, the dollar can gain support and drive the selling trend in the NZD/USD pair.

Technically, the NZD/USD prices are holding in the overbought zone at 0.6387, and soon we can expect bearish bias in the pair. The 50 EMA is holding around 0.6233, which signifies that technically the prices should be trading around 0.6233 level. The MACD has also started closing smaller histograms, which are also suggestings that NZD/USD prices can go after 38.2% Fibonacci support, which holds around 0.63256 level.