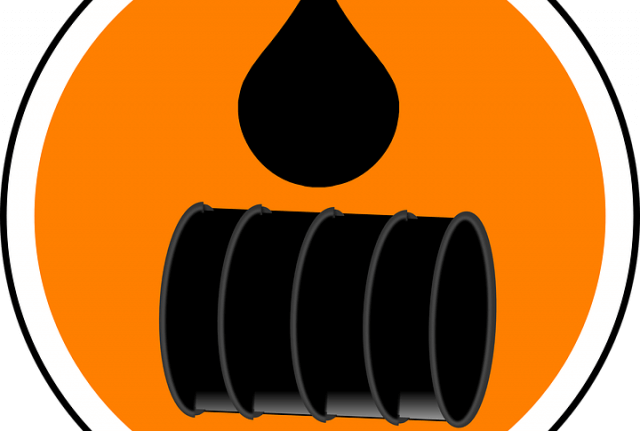 Just as it is possible to use the movements of the Crude Oil market to identify trends by fundamental analysis or macroeconomics, this information can be very useful in the trading of foreign exchange and other types of Petroleum-related financial assets. In this article, we explain how the interpretation of oil price movements can be useful for a Forex trader when examining the relationship between Crude Oil and Forex markets.

We will also explain why it would be useful to pay attention to Crude Oil prices in order to formulate a successful foreign exchange trading strategy. For those who want to trade with Crude Oil itself, this asset is offered to operate by many online Forex/CFD brokers.

Many countries in the world, such as Mexico and Saudi Arabia, depend heavily on their oil exports, especially in terms of budget and overall economic performance of their country. Crude oil is an essential commodity for the functioning of the modern world, so an increase in the price of oil is often related to inflation, economic growth, and the price of other goods, especially prices, Consequently the demand for products made of Petroleum.

The movements of the Crude Oil market are of great importance for the Petroleum producing economies and their derivatives, not only in terms of the formulation of policies but also the forecasting of local economic results. This is also true for the rest of the world, as it is impossible to imagine our current economic system without black gold, so that information can be useful in shaping our expectations with regard to inflation and other macroeconomic factors.

Take Canada as an example. Like many other countries, Canada is highly dependent on its exports to the rest of the world, but as one of the world’s leading oil producers, You should not be surprised that Crude Oil is the main source of Canada’s total foreign exchange earnings, especially because Crude Oil is traded in US Dollars.

Movements in the price of crude oil and exchange rates. In other words, an increase in the price of crude oil (assuming constant demand) often means an increase in the supply of US Dollars in the Canadian economy. This tends to drive the exchange rate down, as Canadian dollars would now be relatively scarcer compared to the number of green dollars currently circulating in the economy. The opposite, of course, is also true: the fall in oil prices means that Canada will receive fewer dollars per barrel, which implies a lower offer of US Dollars in the economy and an increase in the exchange rate, given the relative shortage of US dollars.

As a merchant, there are ways to take advantage of Oil’s price movements by trading Crude Oil currency pairs, especially if you are reluctant or unable to trade directly with Crude Oil.

An “Oil Pair” in Forex is USD/CAD since the Canadian Dollar is the largest substitute for Oil in the global Forex market. This pair tends to increase in value when the Oil market is in decline and decreases in value when the market skyrockets, meaning that it may be possible to formulate a strategy to operate this pair based on the movements of the Oil market price.

Other currencies benefit from a positive correlation with Crude Oil, such as the Norwegian Crown and the Russian Rouble; however, these tend to have low liquidity, which means that it may be more difficult to take advantage of the relationship between these currencies and Crude Oil, at least compared to other Forex correlations. This means that trading with oil currency pairs like USD/NOK or USD/RUB can be more difficult, at least compared to other Forex “oil pairs” that tend to be more liquid, such as USD/MXN or USD/CAD.

As for the prices of crude oil and the value of the American Dollar relative to other currencies, there used to be an inverse relationship between them, but that has changed over time. The inverse relationship was especially true when the United States was considered as a net importer of petroleum, but the situation has changed significantly in the last decade since the United States became a major supplier of oil and a major influence on world crude oil prices. Now the correlation tends to be positive, although it should be noted that this has been anything but constant over time.

Just as crude oil prices can influence foreign exchange rates, they can also affect the fundamentals that play a role in the valuation of some currencies. As we said, there are countries that depend heavily on their oil exports, for example, Mexico, Norway, and Venezuela. Because of this, unfavourable oil price movements affect the perceptions of traders and investors about the intrinsic value of their currencies. For this reason, it should not be a surprise to see traders fleeing from currencies like the Mexican peso into “safer assets” when oil prices collapse.

The opposite is also true. Rising oil prices could favor certain currencies. For example, because of Mexico’s vast oil reserves, positive movements in the price of crude oil tend to favour the performance of the Mexican Peso. Oil and Analysis Fundamentally, this correlation is not perfect, especially because there are other factors that could affect the fundamental evaluation of any currency, regardless of the country’s dependence on oil markets.

An example of this, at least in the long term, is the performance of the Norwegian Crown. As we know, Norway is a major energy producer, since oil accounts for about 62% of its exports. However, the correlation of this currency with the price of crude oil is very volatile and tends to be lower when oil markets recover. This has led some analysts to believe that, although positive price movements favour the Norwegian economy, the relationship between the performance of the Norwegian Krone and the price of Brent crude oil in the neighbouring North Sea is not very clear.

Crude Oil and Other Assets

As it is possible to trade Forex currency pairs based on Crude Oil price movements, traders can also take advantage of the relationship between the movements of the Oil market and other assets, particularly other commodities. There is, for example, a well-known (though not statistically constant) correlation between the price of crude oil and the price of gold. As an essential commodity, the increase in crude oil prices tends to increase inflationary pressures worldwide, so when oil prices skyrocket, this tends to increase inflation in the long run.

Gold is a well-known “safe haven value” against inflation and times of crisis, so should come as no surprise to see traders rushing toward this precious metal when they fear the continued depreciation of the world’s major currencies. Silver and other precious metals tend to have a very positive correlation with gold, so there may be an opportunity to take advantage of other Forex correlations.

On the other hand, falling oil prices tend to exert downward pressure on inflationary trends, which tends to hinder optimism about United States treasury yields. Oil prices also greatly influence global economic performance, so when crude oil prices rise too high, this tends to hamper economic growth, causing traders to rush to alternative assets such as gold. The gold supply chains themselves are also strongly influenced by what happens in the oil markets. Oil is widely used in gold mining, so rising oil prices tend to affect the margins of gold mines, affecting the supply of metal.

Another asset that has a well-known, albeit difficult, relationship with Crude Oil is natural gas. Historically, both commodities have moved together, as they were often positively correlated, but this relationship has changed significantly over the past decade.

Abrupt market movements can be an opportunity to trade in currencies and other financial assets that have a positive (or even negative) correlation with Crude Oil. This means that a stock market crash may present an opportunity to sell energy shares, or to be long in the popular Crude Oil currency pairs like USD/CAD and safe-haven assets like gold.

On the contrary, a positive outlook for the stock market may be an opportunity to short the currency pairs of Crude Oil, or to be long in commodities that tend to have a positive correlation with the price of Crude Oil.