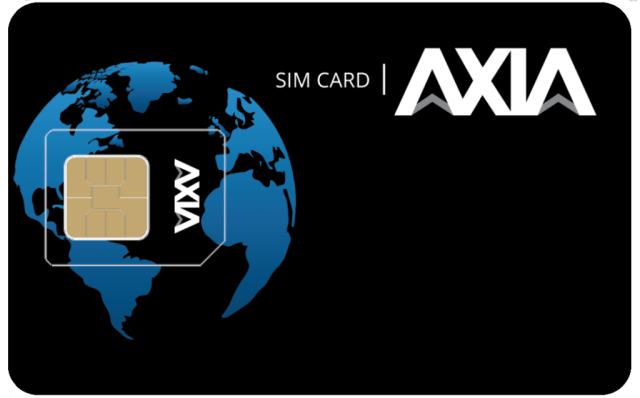 These days, it’s almost impossible to go a day without seeing another blockchain headline. And that’s because it’s one of the hottest technologies of the moment. Envisioned more than 20 years ago and pioneered only 11 years ago by Bitcoin’s Satoshi Nakamoto, blockchain is a ledger technology that records information in an immutable, decentralized, and distributed manner.

These qualities make blockchain a technological force that can help reduce/eliminate fraud, democratize finance, and more. Since it came on the scene those years ago, blockchain has been leveraged for all manner of adoptions both in finance and in completely unrelated industries. And now, a new project wants to harness the technology to create a more participatory, inclusive, and fairer global economic paradigm.

This is AXIA – a brand new decentralized finance project that goes by the tag “the new reserve currency of the world.” AXIA aims to achieve this grand promise through its network’s token –  the AXIA token. However, as of now, the project is yet to launch, and even its whitepaper is not released.

In this guide, we look at this promising project and how exactly it hopes to achieve its grand plan.

The name AXIA derives from an ancient Greek word – “αξία” which means ‘value,’ ‘merit,’ worth. AXIA wants to utilize blockchain technology to provide everyone with monetary value. It aims to do this by utilizing smart contracts to reduce fees and facilitate a more equitable, participatory, and fair global financial model. AXIA aims to use its native wallet – the AXIA Token Wallet to achieve this grand vision.

How Does AXIA Distinguish Itself from Bitcoin?

AXIA is different from Bitcoin in that AXIA is a stablecoin ( a cryptocurrency backed by real-life assets) while Bitcoin’s price is volatile. Bitcoin volatility is due to investor and user uncertainty of the coin’s value that makes it a speculative investment. Another distinguishing feature is that unlike Bitcoin, which is best a store of value and speculative investment, individuals can use AXIA for everyday purchases.

The AXIA ecosystem constitutes several features, including a wallet, a secure chat/messaging platform with a SIM card, and more. Let’s take a look at the wallet and SIM card.

The AXIA wallet is the proprietary wallet of the AXIA platform. It offers the following features to users:

#1. Free to hold – Users of the wallet will get to do this for free

#2. Use anywhere – The AXIA Token Wallet to be used to send and receive AXIA tokens anywhere in the world and at any time. The same applies to make purchases

#3. Community-focused – The wallet integrates a chat, video and calling functionality that provides users around the world with a community to be part of

#4. Low to no fees – The AXIA Token Wallet allows individuals to participate in “virtually limitless forms of connected and decentralized activity” with very minimal or no fees

#5. Safe and secure – The wallet is fortified with high-level security featuring cryptographic encryption and multi-factor authentication

The AXIA ecosystem also features a SIM card that allows users from across continents to connect while saving on massive telephone data and SMS costs. Users even get rewarded for making calls, browsing the internet, and sending text messages with the AXIA SIM. Furthermore, the card features both GSM and Voice over Internet Protocol (VOIP) connectivity so you can make calls wherever you are at a very reasonable price. Also, there are very minimal to zero roaming charges. And unlike traditional SIM services, there’s no KYC procedures or contractual obligations.

AXIA Token as a Store of Value

AXIA as a Medium of Exchange

The AXIA project plans to have the AXIA token as a medium of exchange available all over the world. While Fiat currencies are accepted for this purpose, there is no universal currency that can be accepted everywhere. This can make it difficult for, let’s say, the South African Rand to be accepted at a store in Australia, which is not true for AXIA. The currency is designed to be a global, borderless currency. What’s more, the system will reward you for the more transactions you make using the currency.

AXIA as a Generator of Value

Again, AXIA is designed to be a creator of value. Network participants will be able to retain value for themselves as well as for others via the AXIA token. The AXIA ecosystem is designed to be participatory, as in, users can generate value in the system through simply interacting with the AXIA token in various ways like sending and receiving. Value created through such a simple act can generate value/rewards that will be viable for years to come. These benefits are meant to increase over time and are designed to throw back value in the system every time they’re generated.

AXIA proposes a compelling product. By utilizing blockchain, the project hopes to create a fairer financial model that’s the opposite of today’s tightly controlled and centralized system. While the project is yet to materialize, it’s hard not to be enthusiastic about it. Let’s hope the team lives up to their promises.