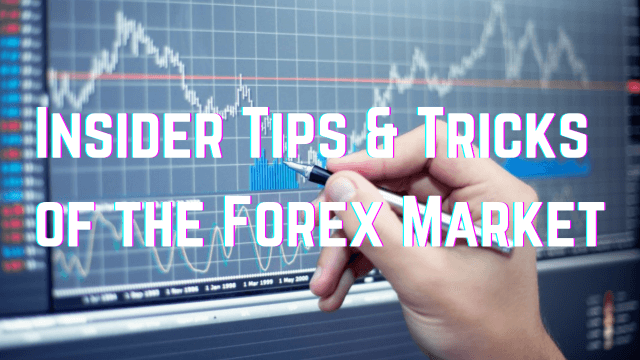 By making the decision to trade in the Fórex currency market, the future John Rockefeller stumbles upon several concepts and definitions that can put him in trouble, as well as new information that will take a lot of time and effort. To shorten the learning path and help beginners make the right choice, I have created this brief instruction on the main features and definitions. Success will largely depend on what the first step will be, the important thing is to do it in the right direction.

After selecting the trading account, the next required step is to choose the size of the «leverage», which can be from 1 to 500. Leverage will largely depend on the style of the trader’s trade. Therefore, I recommend you not to be in a hurry and think it over.

What is the Leverage?

Brokers offer their clients various types of «leverage» from 1 to 500. But before you select it, let’s clarify exactly what leverage is. I will try to convey everything to you with simple terminology. Leverage is funds that the company lends to the merchant to finance its operations in the Fórex market in automatic mode, without unnecessary paperwork and delays. The trader can choose the size of the «leverage», where the level of 1 (1:1) will mean the lack of borrowed funds in the account and the level of 500 (1:500), multiplication coefficient of the investor’s own capital.

Example. The merchant has an account with $1000 and using 1:1 leverage will be able to trade in the market only with its own funds. However, using a leverage of 1:500 you will be able to open a $500,000 transaction.

But, we must always be cautious because the more money you have, the greater the responsibility. Using maximum leverage means a slight fluctuation of quotes against your transaction that is able to turn your own funds to zero. Experienced traders typically choose leverage between 1:30 and 1:200. The standard leverage is 1:100 and is the most popular because it makes it easier to calculate the sum of own funds needed for benefits when opening positions. Therefore, if you do not have preferences, I recommend applying this coefficient.

You have already chosen the type of account and the size of the «leverage», but with what tools will you carry out foreign exchange buying and selling operations? When data transmission technologies did not yet exist, commercial operations were conducted by telephone and previously by telegraph. But now we have internet and commercial platforms of different types, including mobile devices and apps with access to a personal Area.

Which Terminal to Choose?

About tastes, there is nothing written and much depends on the preferences of each one. However, I would like to highlight certain peculiarities of the use of commercial platforms.

The trading platform in the Customer Area usually has a set of basic functions that allow you to open and close transactions, monitor the trading account, as well as necessary technical analysis tools to determine the future direction of currencies. It is ideal for beginners who just started the road to financial Olympus. However, you should not expect anything extraordinary from this platform. At the same time, your great advantage would be the ability to operate directly from the Personal Area without the need to install special applications.

Mobile platforms based on iOS and Android suit all those who lead an active life and do not have permanent access to a fixed computer. The terminals are equipped with everything necessary for trade and have a standard set of indicators and technical analysis tools. The big disadvantage of these terminals is the limited physical size of mobile devices, which does not allow you to make a complete analysis of the situation in the market. And this often leads to bad decisions.

Commercial Platforms: MT4 and MT5 or its Online Version?

If you’ve finally thought that the decision to conquer the world of trading and make a successful profit, the MT4 terminal is all you need. Some believe that it is the right instrument for analysis and trade. A huge amount of custom and integrated indicators for the analysis of quotes, the possibility to test your own commercial systems, a simple programming language in which you can sort or write the algorithm, make it stand out as a leading terminal in the Fórex market. A user-friendly interface in different languages that is able to satisfy even the most demanding trader. The MT4 terminal has passed the test of time, it is simple and accurate like a Swiss watch. MT4 is what real professionals choose.

The MT5 terminal received the best from its “big brother”, in this platform you can trade not only in the Fórex market but also open operations with other assets, including trading stocks and futures. The terminal has timeframes called “timeframes” with more advanced features and other advantages. However, the biggest disadvantage of the MT5 terminal is the limited functionality of the custom signs created for its “big brother”.

When you have already chosen the platform on which you will operate, it is time to know some concepts and terms of Fórex, at least to feel like a fish in the water and show off your knowledge to others; Merchants communicate in their own language and unknowingly will not feel comfortable in their “gatherings”.

Commercial Platforms and their Definition

The quotes of the currency pair in the Fórex market: the price of one currency is determined in relation to another currency and is written as a decimal fraction. The quotation, where the currency quoted in the pair is the numerator and the base currency is the denominator, is called “direct”, for example, the EUR/USD pair shows what is the amount of US dollars required to buy a euro.

There are other types of cross-currency exchange, which do not include the US dollar. The most popular among them are the pairs of EUR/JPY and GBP/JPY, but I do not recommend newbies to start trading with cross exchange rates until they become familiar with the market for major currency pairs.

What is a lot? It is the size of an open position. In the Fórex market, the standard size of a commercial lot is the sum of 100,000 (one hundred thousand dollars, euros, pounds). When opening trades at this value and with the leverage of 100:1 the trader will need a loan of 1000 units of the quoted currency. The usual trading conditions allow you to open transactions of size from 0.01 lots, which with a leverage of 100:1 will be equal to 1000 units and will require loans of only 10 units of the quoted currency.

For example, if we open a position with a volume of 0.01 lots in the EUR/USD currency pair, this position is equal to 1000 euros and will require a deposit of just 10 euros. If we open a transaction with a volume of 0.1 lots in the same pair, this transaction is equal to 100 euros, which is obviously not much. I have given some examples for the trading account in Euros. For accounts in other currencies, it is necessary to convert these values.

What is a swap? It is an interest payment for the move of the open position for the next day. The trader can trade for the same day as much as he wants, but when he decides to move the open position for the next day, he is charged a swap created by the difference between the interest rates in the currency pair, which is due to the use of leveraged funds and a currency other than the nominal value of the account.

Attention: very important! What you have to learn from memory is that in most cases swaps are very harmful.

Swaps can be not only negative but also positive, that is, they can yield profits for traders. The bad news is that most swaps have negative values, another bad news is that the payment for the current move of the open position and for the weekend is charged on the night of Wednesday to Thursday being the triple charge.

Traders, especially beginners, often underestimate swaps by opening their positions. If the trade remains open for an extended period of time, swap hedging can lead to a significant loss of funds. The size of the swap is usually expressed in ticks, and its value can be known in the contract specification.

Thus, for example, on April 30, 2020, the size of the swap in the sale of the pair EUR/USD was -0.483, which means that in the open position with a volume of 1 lot the trader will lose $0.483 each day. However, when buying 1 lot of the same currency pair the size of the swap was already -4.7495 ticks, implying a daily loss of $4.7495. Thus, to keep the position open during the month, the trader’s losses would amount to $142,485, paid for the valued position of 100,000 euros. Swaps are charged at 00:00 according to terminal time. The swap is always charged in the currency that is the denominator (the base currency) in the quotation.

What is the Spread?

What is Long and Short in trading? “Long” (long) is a buying position, “go long” means to buy. “Short” (short) is a currency or other asset selling position, “short” involves selling. The platforms came to Fórex from the stock market, where stock prices grow slowly and/or fall sharply. In the Spanish language too, the same terms, “long” and “short”, which mean purchase and sale, are often used.

What is Stop-Loss and Take-Profit?

Margin call (margin call) is one of the most feared concepts by traders. The Margin call is a letter or other signal that the trader receives from the runner when it is necessary to deposit his account. This means that the merchant has lost his funds and is proposed to close the open position or deposit additional funds in his account.

I really wish you didn’t have to resort to this legendary phenomenon. Of course, these are not all concepts and terms of the stock market. He’s still not familiar with the rest, but it’s enough to get him started.