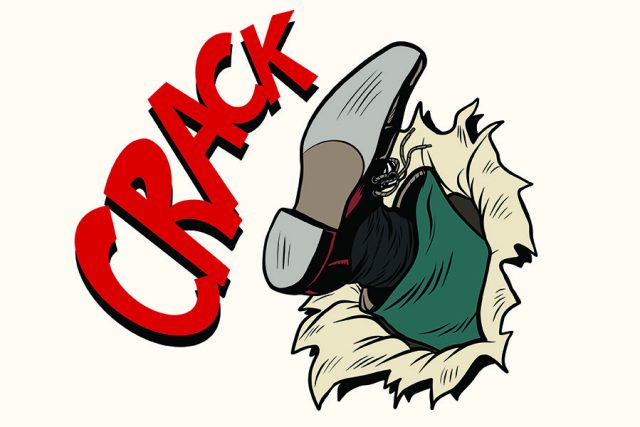 While many stock enthusiasts who turned forex traders assume that currencies behave in the same fashion, this is far from true. First of all, currencies, unlike stocks, run from any money influx. If you take a look at any currency pair in the chart, you will see that the price eventually always goes in the opposite direction from where most traders are found. This happens because the forex market does depend on money flow as the stock one does.

The currency market is only governed by big baking institutions that make a profit when traders lose. They always step in when they find that most traders are going to give up so they can earn more. This often happens with reversal traders because they are so bent on trying to call a reversal that they chase the price going in one direction. However, the price won’t move until most traders give up. This is the essential mechanism of how prices change in this market – through big banks’ manipulation. That is why it is absolutely necessary that you build your system and do not do what the majority does. Of course, this article is just an observation.

Can we beat the big banks?

Our short answer is no. You cannot and you should not even attempt this because it is pointless. Many traders already tried to achieve this by acquiring volume information. They thought that the DOM indicator, for example, could tell them how to play the big banks’ game. Unfortunately, they failed to understand the numbers concerning volume. The DOM will never tell you anything about the type of orders that comprise the volume, whether they are limit or stop orders, or if the majority is entering long or short trades at the time. Not only is the missing information a crucial component but this approach will inevitably put you in the losing group.

The majority of traders attempted to do exactly what the big banks were doing, which is the reason why so many traders lost most trades and accounts. The role of the big banks has always been clear and attempting to outsmart the one entity with more information than anyone else in the forex market possesses at any given time is a sure way to experience great losses. Hence, to beat the game, you should learn how to use and interpret the information you come by so that you can rise above their radar and focus your attention elsewhere.

Are there any indicators forex traders shouldn’t use?

Spot forex as we know it was created in 1996. Today, just over a decade later, we have about 10 thousand indicators at our disposal. Interestingly enough, we still use tools that were either designed specifically for stock trading or so old and outdated that using them makes no sense. Let’s see which ones made it to our top worst list (most will be surprised).

ADX (average directional index) is still pretty popular. It is also worth mentioning that it was created in 1978 (!) and that it lags so badly that it can barely do what it’s supposed to – measure volume.

Trend Lines are also one of the more favored tools traders use to this day. Still, as different traders can draw different trend lines, the variations can be so drastic that no consensus can be made. This approach leaves too much room for mistakes in particular because most trends are over by the time we discover them.

Stochastics dates back to the 1950s. It’s interesting to note how even stock traders, for whom this indicator was firstly designed, avoid using it. Most signals are false and traders can hardly follow trends because of inaccurate information.

Price Levels may not be an indicator per se but they still attract a lot of attention. Traders seem to believe that there is something more to round numbers in trading, but they fail to see how many options this thinking leaves. Price levels won’t be able to tell you where the price will go, but they will probably pique the big banks’ interest.

CCI (Commodity Channel Index) developed in 1980 is not your best choice because it will probably force you to make a move too early.

Support/Resistance Lines are quite easy to draw, which only makes you a part of a much bigger crowd if you use them. The moment any group activity is noticeable in the chart, you will see the price go the other way, so this approach definitely isn’t worth the effort.

Japanese Candlesticks are the oldest indicator of them all (XVIII century) and also one that will directly get you under the big banks’ radar. Mind you, even if you got an occasional win here and there using this tool, it happened because these banks want you in the game for as long as it’s possible.

Bollinger Bands, another stock-trading tool from the 80s, will most probably make you exit trades too early, so you definitely won’t be able to enjoy long trades.

Fibonacci is similar to support and resistance lines in that you can draw different lines and you can hardly know which line the price is going to balance off of.

MAs (Moving Average Crossovers) won’t give you an exclusive insight into market activity. What is more, it won’t get you in the game on time and you will often be too late.

Chart Patterns focus on sentiment, which is absolutely the least favored option for any forex trader. They are exceptionally easy to spot so after big banks take traders’ orders, they will trigger them and whipsaw the price.

Can we fix any old indicators?

Some indicators have different varieties, like Stochastics that has a slower and a faster version. Still, what you will often see is that some basic problems do not change. While one problem is tackled (e.g. lagging), another one remains (e.g. inaccurate information).

Some traders like to combine different indicators from this list to yield better results; for example, ADX and MAs are often combined for improving the volume indicator. Nevertheless, this is still pointless when you can in fact find one indicator that can give you what you are looking for without having to go to great lengths.

Is the USD the best currency to trade?

The USD is one of the most traded currencies as well as a global reserve currency. Besides the forex market, all commodities are generally traded in this currency. All this points to is the currency’s liquidity. Did you know that the EUR/USD pair accounts for 37% of all trading volume in the world? However, there is one thing they rarely tell you – the USD is the absolute first when it comes to the big banks’ radar. Big banking institutions love this currency and they will track traders twice as much as in any other currency. Does this mean that we should avoid USD pairs? No, but we should pay extra attention to money management and risk management. Novice traders, however, may consider delaying any trades involving this currency to a later date when they gather more experience because of the expected volatility that the USD entails.

This article is a small contribution to the forex community in an attempt to make things more clear. Just don’t believe everything you read and demo test every tool and currency pair before risking your own money. Just because one thing works for someone else does not mean that you have to use it.