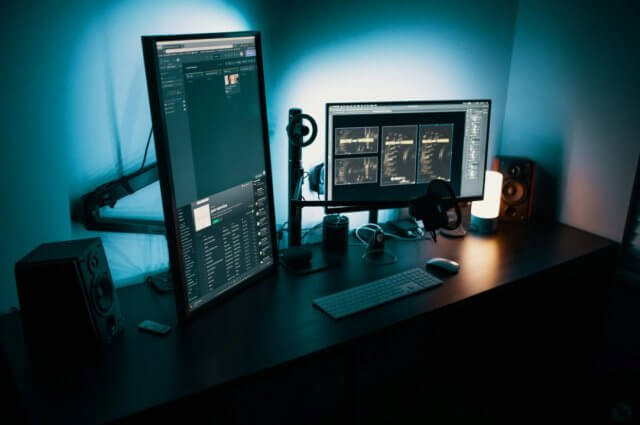 How Forex Used to Be Traded

Do you remember paper? It is a thin sheet of wood that we often use for writing, that is how forex used to be traded in modern times. If we go back even further though, people used to exchange their goods and services for a price that was often represented with things like raw materials or food. The problem with this sort of transaction was that it was hard to decide on what price was actually correct, different people put a different value on different things. Someone who has a lot of ish would value it low, but someone who has none but likes it would value it a lot higher.  It was due to this that early civilisations developed things like commodity money and then eventually they created metal coin and paper currencies, similar to the ones that we still use today.

This development of currencies made the exchange between different countries and nations a lot easier, as it meant that you no longer had to transport one product to a nation and to then transfer the other product back. As time went on into the 17th century, the first forex market was established in Amsterdam, and this allowed for far easier exchanges and transactions between the different global markets. Back then, it was only large organisations or even countries that were able to take part, as well as that, the lack of technology that was available meant that the communication was slow between the nations. This made it hard for traders to get information quickly and therefore harder to reduce the risks involved.

How Is It Traded Today?

These days things have changed a lot, updates take seconds to get to us, it is far easier to get updates and to find information from pretty much any part of the internet. Things like news events and exchange rates are updated in real-time and are accessible by pretty much anyone. Pretty much anyone is able to trade, brokers are there and available for anyone to sign up with and it only costs you a few dollars to do it, rather than the millions that it used to require. There are far more currencies and assets available to trade and it takes seconds to put a trade on, not to mention that we no longer need to use paper to place the trades, instead we use our computers or phones.

How Did Technology Get Us Here?

Technology has made the world of difference to trading and for those that wish to trade. The first thing s that you no longer need to be there in person. Originally you would have had to of been there in person to make the trade or to at least give the indication that you will make the trade, things then progressed with the telephone, making a call to a broker to put on the trade or to close one. Now though, technology has progressed even further. Now, all we need to do is to log onto our phone or computer and to place the tree using our trading platform. There is no longer a need for any interactions with a person, something that a lot of people like, however, some do prefer the days when they could actually speak to someone to place trades. The rise of those sorts of trading has made it far more accessible and also easier and quicker to place trades.

As technology progresses, the types of platforms that we have are also changing. Previously the platforms used were not user friendly at all, they are designed for function only, you would look at it to see the charts and other information and then would make a call to place a trade. Now, the charts and platforms have been created to be user friendly, with nicer colours, easier to understand user interfaces, and just a lot prettier. While this doesn’t really affect the functionality, it does make it easier to understand which again makes things more accessible for newer traders.

There are also robots and expert advisors available for us to use. Years back there was nothing, you or someone else would have to do all of the analysis themselves by hand. It would take time and it would be hard work, with humans doing the work there is also a lot more potential for human errors. Now though, we have indicators and robots, these can do the analysis for us, in regards to indicators, they can show us various information that it has already sorted through and so only shows the relevant info. Then there are robots that will do pretty much everything for us. They will analyse and then even place the trades for us, meaning that there is very little work for us to do at all.

What Does the Future Hold?

The current state of trading is currently going down the route of automation, so it is expected that things will continue this way. The problem with that is that if everyone is using robots, the markets will ultimately come to a halt. Thankfully there are those that will refuse to use robots and those will be the people keeping it moving. However, robots and indicators will continue to improve and the information that they provide to traders will continue to improve. The improvement of communication technology and the speed that it provides will continue to allow high-frequency traders to make even faster trades. It will also continue to become easier and more accessible to more people and potential traders.

These are just some of the ways that technology is affecting our trading. There have been huge leaps in things like the speeds, the accessibility, and the way that we trade. We went from physically handing over money to pressing a single button in our bedrooms, from needing millions to just needing $10. Technology will continue to improve and with that, so will the way that we trade, some will say for the better, others will say for worse. Only time will tell when the improvements in technology will really take us.