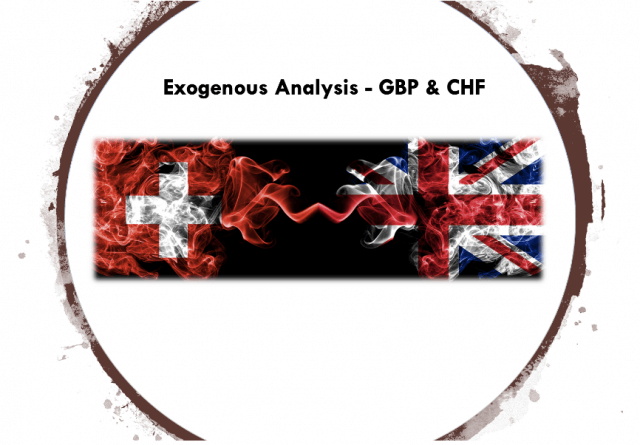 Conversely, if the interest rate differential is negative, it means that Switzerland’s interest rate is higher than in the UK. Thus, forex traders will short the GBP/CHF pair; hence, a bearish trend.

The exogenous analysis of the GBP/CHF pair has a cumulative score of -7. Thus, we can expect a short-term downtrend in the pair.

In technical analysis, GBP/CHF’s weekly price is seen bouncing off from the upper Bollinger band.

We hope you find this analysis informative. Let us know if you have any questions in the comments below. Cheers.