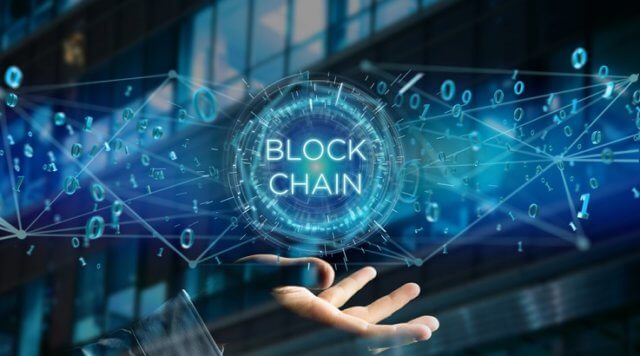 Ever since blockchain got its first prominent use with Bitcoin in 2009, the technology has no signs of slowing down. If anything, it’s poised to change so many facets of our lives. It will protect our business dealings, simplify property registration, save us from hiring intermediaries, protect our identities, and more.

We already see some of the exciting applications of blockchain. The most obvious one is cryptocurrencies – the borderless, censorship-resistant digital currency. Another application is borderless payments, which are already improving lives via timely money remittances.

So, what blockchain applications are on the horizon? We explain the above mentioned in more detail, as well as list more promising applications of this amazing technology.

The banking industry could benefit from blockchain in so many ways. Unlike banks that cease operations at night and on weekends, blockchain never sleeps. By integrating blockchain into banking operations, banks can provide way quicker and more convenient services to customers. For example, with the current banking model, if you deposit a check on Friday at 6.pm, you will likely have to wait until Monday to cash it. If blockchain was in play, though, you wouldn’t take more than 10 minutes before that money hits your account.

Banks could also use blockchain to exchange money between institutions faster and more securely. For example, in stock trading, the clearing and settlement process takes up to three days or even longer for international trading. And the more days the money is in transit, the more risks and costs it is exposed to. If banks employed blockchain solutions, it could save them significant costs as well as save customers a lot of banking and insurance fees.

Fiat currencies are regulated by a central authority, such as a bank or government. Under this system, a user’s money is technically subject to the whims of either the bank or the government. If the bank collapsed, their money is at risk. If they live in a dictatorial jurisdiction, their assets could be frozen at any time if they were so far as deemed to be a threat to such a system. And if a government is unstable, so is citizens’ currency.

On the other hand, blockchain, the technology that underpins cryptocurrencies, is global, decentralized, and under no one’s authority of control. If someone holds cryptocurrency – those funds cannot be seized or frozen by an authoritarian state. Neither will it devalue in the face of political or government instability. Countries with unstable currencies can also use cryptocurrency as a more stable currency.

The healthcare industry can leverage blockchain to maintain and store patients’ medical records securely. For instance, when a medical report is generated, it can be securely recorded in the blockchain – where patients will have confidence that it will not be altered. The health records could also be encrypted and stored on the blockchain, with only specific individuals having the key to the information – thus ensuring privacy.

Blockchain application in healthcare could also facilitate the seamless exchange of information with reduced costs. Also, the nearly instantaneous processing of requests would mean a more secure and efficient exchange of health records between healthcare providers.

With smart contracts, the need for intermediaries, chaperones, lawyers, or generally third parties is eliminated. This saves time and the administration fees that would have been utilized for that end. There’s also no room for confusion as a contract’s terms are clear for all parties to see. Also, any party can refer to the contract at any time.

The traditional remittance system is not up to par with today’s fast-paced world. It takes days for recipients on the other side of the world to receive money. There are also several intermediaries involved who all get paid a fraction of the total amount, creating an expensive and frustrating experience. Also, it’s prone to human error and open to illegal activities such as money laundering.

The blockchain could solve these problems substantially. It could provide a cheaper, faster, and more secure payment system. It could also instill transparency and hence help stamp out the illegal flow of money.

Blockchain technology could be used to ensure full transparency in voting, elections, or any other kind of poll taking.

Utilizing blockchain solutions for voting processes carries the potential to eliminate fraud as votes are recorded on a public blockchain, making them impossible to alter in any way. Also, votes are publicly available for everyone and election candidates to see – eliminating possible litigation scenarios and allowing countries to move forward after the election season.

Today’s customer wants to know if companies do indeed mean what they say when they make ethical claims about products. Blockchain could easily provide us with proof about the backstories that come attached to the things we buy – from food to medicine to clothing to minerals and more.

With an immutable, public, and time-stamped record-keeping, we could begin to see more accountability and transparency in supply chains. For example, it would be easy to see the supply path of ‘ethical’ diamonds and confirm if they are, after all, ethical.

This also applies to food supply chains. Nowhere is the supply chain more contentious than in food. Blockchain would show us the origin of food from farm to table so that customers can confirm, for instance, if eggs are organic as claimed by the supplier. This would help bolster customer confidence and help stamp out food fraud.

Internet of things is a network of physical devices embedded with actuators, sensors, internet connectivity, etc. All these features are supposed to enable such objects to collect, exchange, and act on data, which then leads to improved system efficiency.

Blockchain-based IoT devices are already around us. For example, we have the Ethereum BlockCharge, which is used to charge electric vehicles as well as CryptoSeal, a tamper-proof seal for ensuring drug safety.

Blockchain will play a major role in IoT. It will help provide security and protect against hackers. Also, its protection against data tampering will prevent rogue actors or devices from disrupting a home, a factory, or a transportation system.

Today, there’s a growing need for better identity management. The ability to verify your identity is a prerequisite to accessing online financial services. But how can we be sure that personal data is safe from online security risks? Current remedies for this problem are faulty at best. Blockchain technology can provide a method to prove who you are, while also granting us the possibility to digitize personal documents.

Developing universally agreeable digital identity standards is a challenging process. Apart from the obvious technical challenges, such a solution requires cooperation between governments and the private sector. Factor in, too, the need to navigate the legal labyrinths of different countries. The decentralization, security, and borderlessness of blockchain would provide solutions to these problems and pave the way for the creation of a digital identity standard.

Registering property has got to be one process that many would agree is burdensome and time-consuming. Between having to go to the local county’s office and having the property manually entered into the central database, it can prove an arduous task. And in the case of a property dispute, claims of ownership must be checked against the database.

This process is not just susceptible to fraud; it’s also costly and prone to human error. Even the tiniest mistake could make tracking property ownership inefficient. Blockchain-based property registration could eliminate the need to scan documents and having to physically track down physical files. Storing ownership information on the blockchain could instill more confidence in owners that their property deed is accurate and unalterable.

These are just some of the current and promising applications of blockchain. Blockchain has tremendous potential to change how we do a lot of things – whether it’s business, personal data handling, how we send money, and so on. One thing that’s clear, though, is that with blockchain, everyone is held to the highest degree of transparency and accountability. This is one of the pillars of this technology – and one that could help us construct fairer practices and hence, societies.