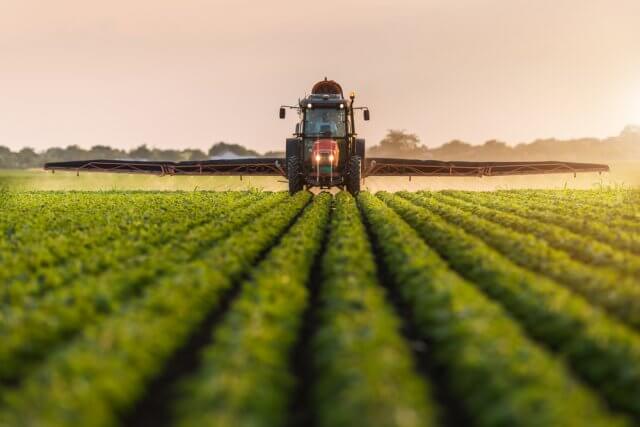 Agriculture is the backbone of many countries. Often many countries export and import agricultural products based on their requirement. But when it comes to trade concerning agriculture till day age-old methods are used. It is often said that billions of dollars’ worth of food are wasted not because there are not people who want food but because food doesn’t reach their plates at the right time.

Why do we need Blockchain in Agriculture?

Big giants like Amazon, Walmart used to struggle to pick up any product from their shelves and know the provenance of the product. It might even take days to understand sometimes. Walmart had to recall an entire batch of pork in China as it was not able to find the whereabouts of the product, and the product was not in a condition to consume. This resulted in millions of dollars of loss.

Given COVID 19 situation worldwide, many industries are hit very severely. Out of all the industries hit, Restaurants/Dining out would be the worst hit since even after the lockdown is lifted, people wouldn’t be willing to dine out. To gain the trust of the customers that food is treated with utmost hygiene, one would like to know the whereabouts the food served. Hence supply chain plays a crucial role in the same. Accordingly, if the information of the product is stored in blockchain right from its origin, the trust could be gained quickly.

It is easy to pass in organic food as organic these days. Blockchain helps to trace the origin of food.

How can we leverage Blockchain technology in Agriculture?

Farmers for either organic or inorganic food can deal with big players directly without the involvement of mediators. With the help of smart contracts and IoT sensors, right from the very initial stage of sowing the seeds to harvesting to sending the crops to the warehouses of the vendors, everything can be achieved using blockchain.

This way, the vendors will have a clear picture of where their goods are coming from, payments are made on time with no loss to the farmers. With the help of IoT sensors, the adequate temperature can be maintained for the goods which will be tracked through blockchain, ensuring the crops are not spoiled during transportation.

🏭 Tony’s Chocolonely – The chocolate industry is labor-intensive, and a lot of child labor is employed for the same. Cocoa farmers are impoverished as the cocoa beans supply chain is extremely complicated, and hence, they cannot decide the price for their beans. Thus, Tony’s Chocolonely has agreements directly with farmers and even pay 40% more since they know the provenance of their seeds.

🏭 Unilever (HUL) is working to check the provenance of tea in Malawi.

🏭 Dreyfus used blockchain to close a deal of Soya beans with a Chinese Supplier. The deal was finalized smoothly, cutting transaction time drastically.

Implementing blockchain in the agriculture domain is not easy. The technology should be combined with IoT for precise tracking along the supply chain. Big players though actively trying to engage the technology it takes time for the farmer to be benefitted from the same. Many platforms are being built from different players, and interoperability remains a concern. Thus it takes time to evolve to the requisite level to reap maximum benefits, but it is inevitable to use the tech in agriculture widely.