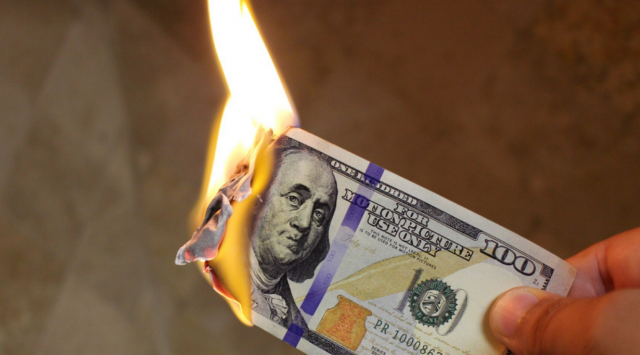 We all, or at least most of us came into the forex trading world in order to make money, it’s a fantastic thing being able to make a bit of extra cash on the side or to even trade as a new full-time job, but for every trade that wins, there is a losing trade on the other side, someone who has taken your offer and the markets have moved against them, these are the losers. Many actually find it quite hard to win and so there are ultimately far more losers than there are winners. Today we are going to be looking at different ways that people lose money when it comes to trading. Maybe you are guilty of doing a few of these things yourself, if you have, that is not a problem, you would have learned something from it and will avoid doing that again in the future, so let’s look at some of the most common ways that people lose money when it comes to forex and trading.

Let’s be honest, anyone that likes a bit of risk also probably likes to gamble, gambling can give us that buzz that very few other things can, it also gives us the opportunity to make money, potentially a lot of money without putting in any of the efforts that you would normally have to. The problem with gambling is that it is random, couple that with the fact that the markets are in no way a 50/50 chance, every trade that you put on is a huge risk, and those that have tried it, the markets move in such a way that if you are gambling, you will need to be right at least 75% of the time if you want to be profitable, the odds alone mean that it is far more likely that you will lose money than make it. If you are thinking about trading via gambling, then we would suggest going back to sports bookmakers instead, you have a much better chance of being profitable there.

Thinking You Know the Markets

This is something that a lot of people feel once they have had a few winning trades in a  row, they know how the markets love and so when they place a trade they are sure that they will be successful and will be profitable. If you are in this position then you will have a very rude awakening, no one knows the markets and no one can successfully predict it all the time. It is a mistake that a lot of people fall into and unfortunately it is always a very expensive one. You cannot predict the markets, even with all the analysis in the world, the markets will still sometimes go against what is expected, this is why trading can be so exciting and also so dangerous at the same time. As soon as you start thinking that you know best, you are in a very bad place and need to member that you need to follow the markets, they certainly won’t be following you.

Greed is a very powerful emotion, wars have been started over the emotion of greed, murder, stealing, and trading badly. All of these things are associated with greed at some point, we of course are thinking about trading badly rather than the murder… we hope. Greed will make you want more, and it will often make you want more very quickly, when we trade we trade with a trading plan, a plan that details our entry, exits, risk management, and more, but when greed takes over we often throw that out the window and instead trade recklessly. Often using trade sizes that are too large for our trading account, placing too many trades at once in the hope to make a bit of extra money, or simply ignoring the plans that we have in place. Whatever it is that you do, it is not a good idea. If you ever feel that greed is starting to take over, you need to take a step back and get some fresh air in order to clear your mind and to get rid of those feelings. You Are here to make consistent profits, not to make a bit and then try to make more, only to end up losing it all.

While many people look at the opposite, they see people who trade too much as an issue or that place trades afar too quickly as a problem, it can also be the other way around. Those that are not able to make you cannot decide whether to put on a trade, either through uncertainty, worry, anxiety, or the fear of the risk, then you are not in a great place to be a trader. You need to accept that you will be putting on trades and those trades will come with risks, but they are calculated risks. If you take a long time to put on trades, you may have a good trade septum but by the time you put the actual trade on, the opportunity may have passed and you have now actually put on a bad trade. When The opportunity is there it is important that you take it, otherwise, you will be putting yourself at some additional risks of losing some of your capital.

One of the worst things you can do with anything that is financial is to try and chase losses, you need to be able to accept them, they are a part of trading and a part of it that you will experience over and over again. What many people, unfortunately, do though, is that they try to chase those losses, what this means is that if you placed a $10 trade which lost, you would then most likely place a $20 trade in order to make back the money that you lose plus a little bit extra profits. The problem is that if this one loses you are $30 down, and so you need to place another trade larger than both of those combined to try the same, as this goes on the trade sizes continue to grow and so does the risk, as you will most likely not be following your trading plans anymore. This leads to a spiral that ultimately leads to very large losses or even the total loss of an account. If You make a loss, accept it, move on, and certainly do not try and change it to make it back.

Not Learning Your System

It is very easy to get a new strategy or trading plan, there are loads of them posted all over the internet, this makes it very easy and accessible but does come with some issues. If you are using someone else’s plan, then do you really understand it It may work initially but as the market conditions begin to change, you will encounter some issues, those issues will mean that you need to adapt your strategy, but if you do not fully understand it, then you won’t be able to adapt it properly, meaning that it will no longer be as effective and could lead you down the road of some losses. If You are going to use a strategy, be sure that you learn everything that there is about it and how it actually works.

Those are some of the things that many traders do that loses them money, there are of course other things and even if you are the perfect trader, you will still experience losses, that is just the nature of the forex markets, you cannot control them, so don’t try to, accept your trades, use the proper risk management and you will be on a good track for profits.