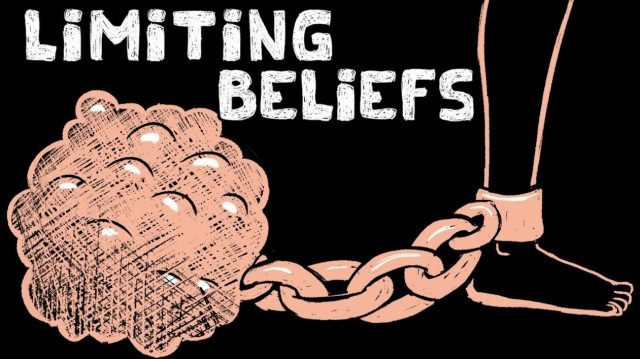 In this article, I will try to expound on “Limiting Beliefs”: what they are, why they appear, and how they affect us in Trading.

What are limiting beliefs?

Limiting beliefs are norms that we absorb in our childhood, for example through the education of our parents, the media, school, etc. We simply believe what we are told and our subconscious assumes it as something real, And even more so, those beliefs are deep inside of us that we don’t even question. These beliefs are to blame for our failure to achieve our goals and live our values.

For example, some typical limiting beliefs:

And if you focus on trading, a lot of those limiting beliefs come to mind:

I’m sure you know a lot more.

Everyone’s beliefs form their own reality, and until you disassociate yourself from your limiting beliefs associated with trading, you can never succeed in trading.

A clear example of the negative power of these beliefs is found in athletics. In 1954, athlete Roger Bannister ran the mile below four minutes. Until then, it was assumed that it was physically impossible to do so. The breaking of that record, and of that limiting belief, made a year later 37 runners fall out of the four minutes, and two years later more than 300 runners got it.

When I read in blogs or forums, I notice that there is a very negative feeling regarding the Market. I do not stop reading post always asking the same or even reaffirming negatively the impossibility of being profitable:

Unconsciously, many people are taking these beliefs that they read as reality, they are creating their own limiting beliefs. Unfortunately, there are few comments positively reinforcing this issue, and if someone appears saying that it is profitable, usually instead of learning from it what is done is to criticize it (very common in the Spanish-speaking world).

But how do we eliminate those beliefs?

There is a work process called PCM, which are the initials of:

Therefore, let’s assume that our goal is to achieve 50% profitability every year (some right now will be saying: only!! if I already win 100%; and others will be thinking: that’s impossible. well, guess who has the limiting problem).

The next step is to take a walk through the three pillars (Possibility, Ability, and Merit) and ask questions, so we have to find the limiting beliefs that prevent us from developing that goal. For example, one may think that it is not possible, or that it does not deserve it, but why? Perhaps because he believes he does not have the necessary resources (capital, training) or does not have the necessary skills, or because speculating is frowned upon by his family, etc. We have to ask ourselves until we find the root of the problem and discover what are the beliefs that limit us to continue growing.

And the next step is to change those beliefs. We have to turn them around and put them in our subconscious until they are part of us and our reality. This process of change may be more or less long depending on the person, their faith, but it is key to establishing new beliefs that will help us achieve our goals. To really see it first we have to think about it and believe it.