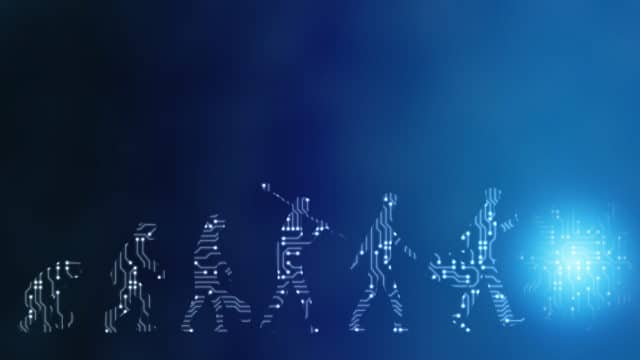 The first-ever cryptocurrency – Bitcoin, brought along with it a host of possibilities that couldn’t be imagined before. The technology behind it – blockchain, is now being incorporated into various facets of our lives – from letting people share monetary value to hard drive storage and now, thanks to Golem, a way to let people share computing power.

Golem is a global, open-source, and a decentralized supercomputer that combines the computing power of machines in its network – from PCs to data centers. The idea is to capitalize off of idle computing power by letting users rent processing power to other users and being paid for it. The Golem concept was in development for three years before being launched in the Ethereum blockchain.

Golem’s end goal is to build a distributed and decentralized supercomputer by connecting computers around the world via its blockchain.  Golem users will be able to rent their spare computing power to other users who will, then, pay with the Golem Network Token (GNT). The network will allow you to perform such tasks as artificial intelligence (AI), Computer Generated Imagery (CGI) rendering, simulating neural networks, machine learning, DNA sequencing, scientific computing, simulation building, and more.

Now, the user buying computing power is the requestor, and the one renting it out is the provider. Let’s assume the requestor’s task is the same class as one of the task templates that Golem provides. If it isn’t, they would have to write their own code for the task using the task definition framework provided by the network.

The provider receives all the broadcasted task offers and chooses the best one based on each one’s reputation. They then send the price and the computing power info to the requestor. The requestor then assesses the provider’s reputation to determine if to go ahead and work with them. If everything checks out, the provider receives the appropriate resources through the InterPlanetary File System (IPFS) and initiates the computation on the task computer. (IPFS is a peer-to-peer file and data sharing system in a distributed file network.)

The task manager then passes this info to the appropriate node for verification of the results. (The requestor may also decide to run the info via numerous nodes). Lastly, the payment system is notified through an Ethereum smart contract, allowing the funds to be transferred from the requestor to the provider. The reputation of both parties relies on each one’s execution in the transaction: the provider sending accurate results and the requestor paying promptly.

The Golem Network Token is the native currency of the Golem network and is the medium through which requestors pay for renting computing power. The token can only be used to transact in Golem’s products and services. 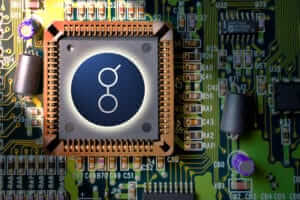 GNT has a total supply of 1 billion. Its Initial Coin Offering took place in November 2016, during which 820m coins were distributed. It has an impressive record of raising 820,000ETH (around $340m) in 20 minutes. Another 120m was held by the Golem project, and the rest of 60m was distributed among Golem’s team members.

The token cannot be mined. You can earn it by sharing your free processing power. The more power you share, the more you GNT you earn.

Supercomputing is one of the modern age’s most crucial innovations. New technologies such as machine learning, CGI, artificial intelligence, and scientific computing require a lot of processing power.

☑️ Clay – which includes the Application Registry and Tak API

☑️ Stone– which includes the Certification Mechanism and Transaction Framework. Users will be able to use this release in a Software as a Service model (SaaS)

As of now, the network is still in the Brass stage. As a result, disappointed fans have accused it of “over-promising and under-delivering.” Others contend that a slow and secure approach is crucial for a project of such an ambitious scale.

Could Golem Profit Off Of Artificial Intelligence and Supercomputing?

Golem could definitely make money as a hosting solution – if it works as planned. The company could make money by hosting digital supercomputers and AIs. Let’s say, for example, a government institution with spare computing power. It could rent its extra power through Golem.

Meanwhile, a new tech company that needs a supercomputer could use one through Golem – by renting the institutions’ extra computing power. This would be a convenient and cost-efficient alternative to buying or renting.

Unfortunately, there is no indication that the network is offering these services as of yet. It’s worth mentioning though that the Golem website suggests the possibility of hosting decentralized apps (DApps) – which could provide a suitable environment for the above services.

These decentralized apps would find a ready market. For instance, a filmmaker in Australia who wants to add CGI to their movie could use the Golem CGI DApp. A DApp maker in Japan could make money by renting or selling their DApp to the filmmaker using the Golem platform.

Could Golem Profit Off Of AI and Supercomputer DApps?

AI and supercomputer DApps are technologies in a lot of demand across multiple industries these days. A network that can host and avail them to organizations is in for profit.

Industries ranging from game development, data harvesting, intelligence, scientific research, and AI building are all in need of supercomputer DApps.

Although at this point, these two are theoretical, they have market potential, especially considering regular apps are already very popular.

Statistics estimates the Apple Store apps generated $120 billion in aggregate revenue by January 2019. It’s worth noting App Store developers made that money with simple entertainment apps. Golem could offer apps with way more utility. Institutions ranging from governments to universities to labs to research organizations could pay a lot of money to use such apps.

Is Golem A Cryptocurrency worth your time?

Essentially, Golem presents this deal to investors: you could make a lot of money in the long run if you’re willing to lose some now. While its cryptocurrency is cheap now, its blockchain holds massive potential. However, individual investors would better hold off for now as there is no indication of the network presently making any money.

Golem is an ambitious idea – and for a good reason. It’s decentralized, open-source, and worldwide supercomputing promise is good news across multiple industries. Whether as a recruiter or provider, many organizations will find the platform extremely valuable. The team’s slowness has been a bit disappointing, though. Will it turn out to be another hyped but hollow proposal, or is the slow and steady pace a winning strategy? The crypto community is watching to see how this turns out.