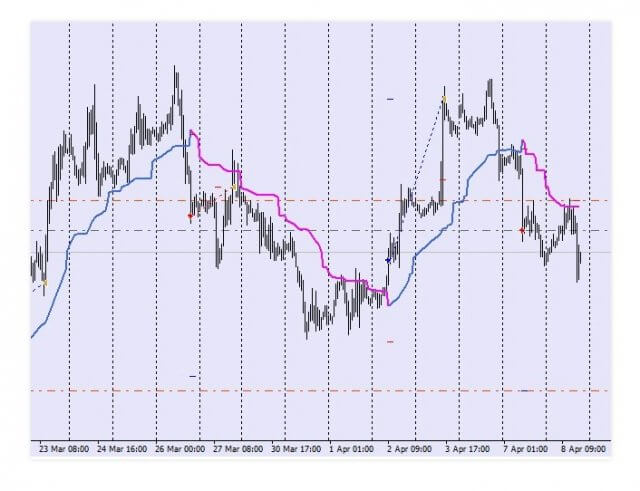 Exp Safe Harbor can be found within the MQL5 marketplace, it was first uploaded on the 6th of October and was created by Sergei Konoplev. The most recent update that it has received was on the 19th of December 2016 and is currently at version 1.9.

Exp Safe Harbor is an expert advisor that can be sued with MetaTrader 4, it is based on the Safe Harbor indicator. It will use the signals of the indicator to open up a trade, it will do this during a trend reversal when an open trade is closed, a new one will be opened in the opposite direction. It will also use trailing stops.

The EA will only look for entries rather than exits, there are also some additional sessions including the take profits, stop losses, trailing stops, lot sizes, the period of time, and more. 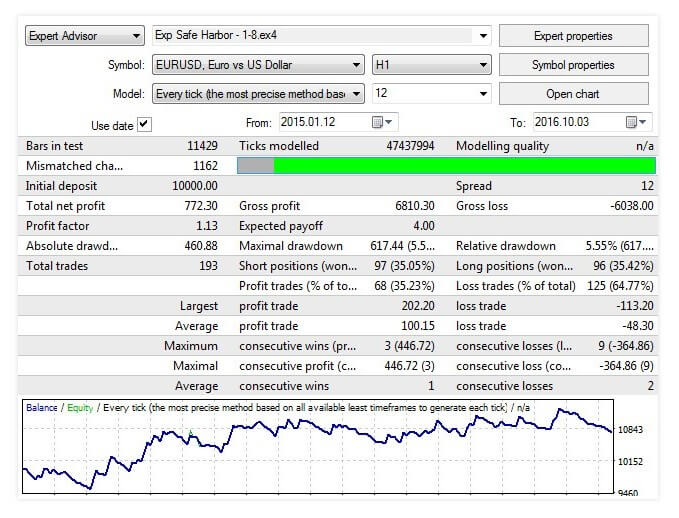 The expert advisor can be purchased for $15 so it is relatively cheap, this will get you 5 activations of the software, there is not an option to rent the expert advisor. A free demo version is also available to use with the strategy tester of MT4.

There are no actual reviews or ratings available, there are a number of comments though some of them give an indication to the sort of performance that they are receiving.

“This EA is the worst ever. it doesn’t match the actual indicator at all. Not even close. this was a rip-off.” – A user comment.

“Very disappointed with the lack of communication and support!!!!” – A comment, however, was eventually replied to by the creator.

So some people are currently having issues with the expert advisor, the comment section ahs some replies from the developer, they are not very quick at replying due to having so many pieces of software on the site, the most recent reply from the developer was from 2017, we would suggest contacting them to make sure that it is still being supported before you make a purchase.

This Forex Indicator is currently available in the MQL5 marketplace: https://www.mql5.com/en/market/product/18764