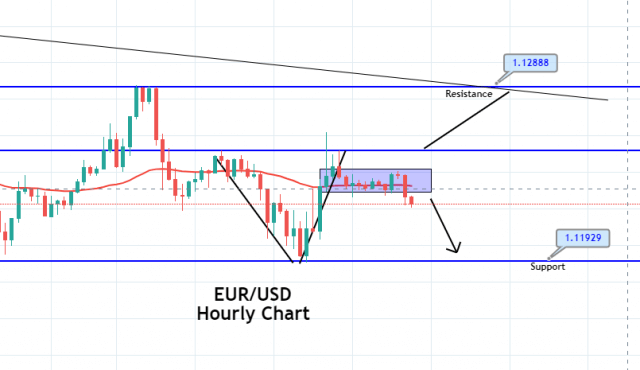 During the European session, the U.S. ADP department posted advanced NFP data, which showed optimization over the U.S. labor market. Companies in June continued to bring workers back from their pandemic furlough as the national economy slowly came back to life. According to a statement on Wednesday from ADP and Moody’s Analytics, private payrolls rose by 2.369 million for the period, a little weaker than the 2.5 million forecasts from economists seen by Dow Jones. The total realized a drop from the previous month, which marked a tense skyward revision to 3.065 million. ADP originally said May noticed a decline of 2.76 million.

The EUR/USD failed to stop its early-day losing streak and dropped to 1.1220 despite the release of the upbeat German Retail Sales data for May. However, the reason for the declines in the currency pair could be attributed to the broad-based U.S. dollar strength triggered by the uptick in the bond yields. On the other hand, the currency pair buyers also failed to cheer the Upbeat China PMI data possibly due to the continued rise in the coronavirus cases in the U.S.


The EUR/USD is trading below a strong resistance level of 1.1245 level, closing candles below this level, and suggesting chances of selling bias until the 1.1218 level. Continuation of selling trend under 1.1218 level can extend selling unto 1.1195 level today. Alternatively, a bullish breakout of the 1.1245 level can continue buying until 1.1289.