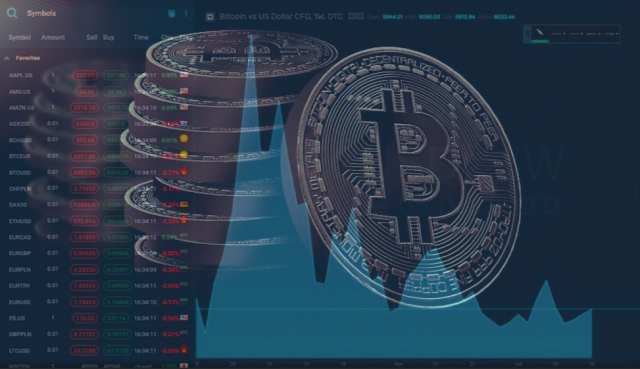 Cryptocurrencies like Bitcoin and Ethereum are increasingly becoming more and more popular as tradable assets, and cryptocurrencies will only continue to grow from here. Despite their popularity, there are still quite a few misconceptions about them, things that people do not fully understand and this bleeds over into the trading world. Below are some of the misconceptions that many people have about cryptocurrencies and trading them.

Bitcoin Is a Bubble

For many people, this is the big one and they look at Bitcoin the same as they did the dot com bubble that burst all those years ago, yet if it was similar to the dot com bubble, that would actually give it quite a lot of backing. Yes, the internet collapsed and the bubble burst, but look at it now, it is taking over the world again, and the same could be said for bitcoin. Even if bitcoin is a bubble, that may not actually be a bad thing at all, if the bubble is burst, it will help to get rid of certain people from the ecosystem and this would then allow the system to grow again, much like the dot com bubble did all those years go. Just because something bursts, does not mean that it will not recover, so while there is no evidence of bitcoin being a bubble, even if it is, that is not necessarily a bad thing.

When it comes to trading, this is one of the things holding people back, simply because they do not wish to trade it or to purchase it in order to trade if there is the idea in the back of their, minds that it is a bubble and that it will at some point burst and the value to dramatically drop. They don’t want to be holding onto trades just in case that happens, and that is a fair assumption, again though this can be countered by simply accepting that it may not be a bubble at all, or if that is not enough, simply take smaller trades and don’t hold them for extended periods of time.

Trading cryptocurrencies is volatile, there is no doubt about that, but that is the attraction behind it and why so many people have decided to trade it in the first place. Saying that it is too risky because of this is not right though. There are risks, as there are with trading any sort of asset, but there are also things that you can do to help mitigate the risks, your risk management does not change at all from trading forex to trading cryptocurrencies. You will still be placing stop losses, you will still be keeping a risk to reward ratio, the only main difference is that the price will most certainly jump about quite a bit more, which can make it look a lot riskier, even when it actually isn’t.

It’s Hard to Get

Trading the Big Ones

Many people when they think about trading cryptocurrencies they often only think of the big ones, such as Bitcoin and Ethereum. In truth, there are far more than you can trade. In fact, there are hundreds of different pairs available with various brokers or exchanges. Being able to trade far more than just the big ones gives incredible amounts of variety and opportunities to make a profit. So if there is a coin that you are thinking that you wish to trade, it is more than likely available as a tradable asset on a broker platform somewhere or even on an exchange out there. If you want to trade it, you can find it.

A few years back when cryptocurrencies weren’t quite as popular, it was far harder to sell then, you had to find someone that was interested in making the purchase and then had to deal with them directly, it was difficult to do, took time and had a lot of risks involved. These days though it is incredibly easy. If you have been trading bitcoin and have made a profit, there are more than just a few ways in which you can sell the bitcoins and convert them back to your local currency. This can often be done through bank wire transfers, credit or debit card withdrawals, and even payment processors like PayPal. It is incredibly easy and incredibly quick to withdraw your bitcoin and convert it back into a fiat currency.

So those are just some of the things that people often have misconceptions about when it comes to cryptocurrency trading, there are hundreds of coins and tokens available to trade, and it is incredibly easy to do, becoming more and more accessible with both exchanges and brokers offering them as tradable assets. It can be a little riskier, but with the right risk management techniques, it will manage those risks and make it a lot safer to trade. So if you are interested in it but have some doubts, then take the plunge, choose a broker or exchange and get involved in the world of cryptocurrency trading.