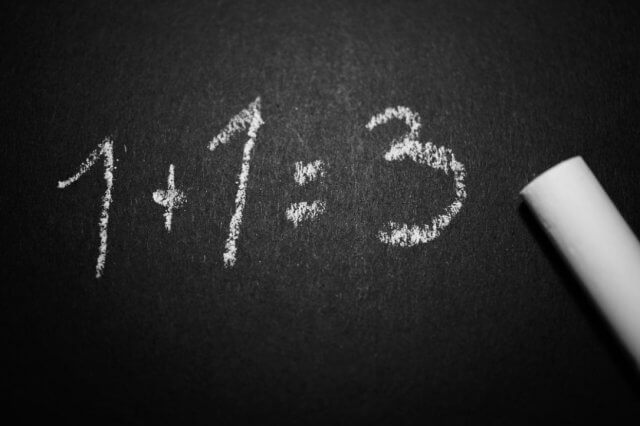 Let’s be honest. The majority of us have probably blown our first trading account. The majority of us have probably blown our second account, too. The majority of traders will lose their first deposit or at least a part of it. But why is this? What are they doing that causes them to lose pretty much their entire balance? There are plenty of reasons why this happens, each one will be different depending on the trades in question, but we are going to be looking at some of the common reasons as to why traders end up blowing their initial deposits with their broker.

Trading Without a Plan

Your trading plan should be the first thing that you create, yet so many people do not do it before they start trading. Either they have come into trading with the idea that it is easy, and all they have to do is predict the movement and they will be rich, so they don’t need this plan. These sorts of people come from the thousands of adverts that you see out the promising high returns which simply are not real. Then there are those that know what they need to do but are simply too lazy to do it. These people don’t bother with the plan either and instead go the lazy route of guessing where the markets will go, or simply copying what others are doing. Either way, both of these people will end up losing their accounts, simply because they do not understand what it is that they are doing properly, a recipe for disaster whatever you are doing.

A lack of education is another killer of accounts. There is a lot to learn when it comes to forex and trading, too much for any one person to learn. However, there are certain things that you need to learn before you start trading. If you do not then you will be bound for losses. You need to learn some of the basic terminology, different order types, and also things like risk management which will allow you to protect your account and your capital within that account. If you do not learn even the basics then you will be guessing and you will be making mistakes. Mistakes that will cost you money. You do not need to learn the world, you do not need to know what an expert does, but you need to know what you’re doing, why you are doing it, and how you can protect yourself from losses.

Gambling, something best left for the bookies, yet it is something that a lot of people come into trading and do. People gamble for a number of reasons, for the thrill of it, due to not fully understanding what they are trading, being lazy, or simply wanting more easy money. Whatever the reason behind why they are gambling is, it doesn’t change the fact that what they’re doing is dangerous and will lead to a loss of your balance or even your account as a whole. It may seem simple, the markets will either move up or down, so it’s a 50/50 chance that we will be right. Unfortunately, the markets don’t work like this and it is a little more complicated. In fact, there are hundreds of things that affect the markets, and simply guessing will make you wrong the majority of the time. If you want to gamble, do it away from forex, there are far better things to gamble on, but we can assure you, if you decide to do it here, you will just end up with a zero account.

Trades Are Too Large

A lot of people come into trading with the expectation that they can make a lot of money. While this is true, there are things that you need to do to protect yourself first. One of those things is not trading too large. The idea of making a lot of money can be an enticing one, it can cause people to place trades that are far too big for their account which in turn would cause them to lose a lot of money on their trades. If you place a trade that is too large for your account, a single trade can cause it to blow. Many people do this due to the lack of knowledge on how big their trades should actually be, going in blind, and then guessing is never a good strategy. So ensure that you understand how big each trade should be for your account when trading. This should be outlined in your trading plan when you create one.

Similar to the point about overtrading is when a trade simply places too many trades. The more trades that you put on the more risk that your account is under. There is also something known as margin, which is basically a figure that tells you how much you are able to trade. The more trades that you put on the lower the margin becomes, and when it reaches a certain level, your broker will actually close out all of your trades at a loss. If you don’t understand this, you will continue to put on trades until your margin is used up, then even the smallest movement in the wrong direction can cause your account to close and basically lose everything that is in it. Your strategy should have a max number of open trades allowed, try not to exceed it and try not to place trades simply for the sake of placing trades.

Emotions are strong. Emotions have the ability to take over and emotions have the ability to blow your accounts. Do not let this happen. Instead, you need to be in control. If you feel things like greed, overconfidence, doubt or any other emotion start to creep in, this is your time to step away. When you trade with greed or overconfidence, which many traders (especially new ones) do, you will be putting your account at risk. You will be placing more and larger trades, trades that you probably shouldn’t be making, putting your account at risk and when you do that, there is a good chance that your account will be drained. If you are feeling emotional, try not to trade. Go out for a bit, take time to relax, and then come back with a calmer and clearer mind.

It is always recommended that you use a demo account to begin with. If you are coming straight into trading then you most likely do not have any experience. You also probably don’t have a whole host of knowledge, if this is the case, then do not jump straight into trading on a live account. Instead, you should be using a demo account, this is where you can practice your strategies, practice putting on trades and basically ensure that you have some sort of idea of what you are doing before you start risking any of your own money. The last thing that you want to do is to jump into a live account with your real money only to realise that you do not know what you are doing. It is best to learn that on a demo account where your money is safe.

These are some of the things that people do that end up blowing their first account balance. We have all been there, so if you have experienced it, do not feel disheartened. Even some of the best traders in the world have blown accounts. It is simply a part of trading. Learn from it, develop yourself further and you can help to ensure that it doesn’t happen to your second or third account.