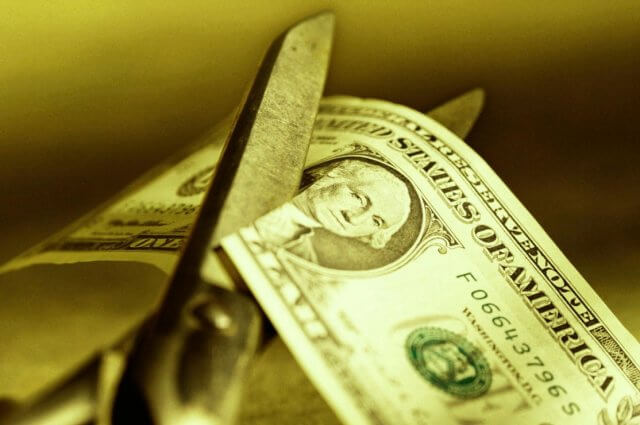 There is a brief moment of panic for many traders, especially when they are new, surrounding when they should take their profits. They can see that a trade is currently blue, it is giving them a bit of profit but it is fluctuating, do we take the profit or do we let it run in accordance to our trading plan. Those that are new to trading may well cut the trade and take the profits, regardless of the market sentiment and general direction.

I am sure that within your trading career you have had a situation where you have asked yourself whether you should take the profits in their current position. At times taking it early could be beneficial, other times it may not have been, it depends on the way the markets move afterward, but the one thing that is clear is that you have broken your trading plan.

So why exactly do people cut their trades early in order to take profits, it could be to do with their trading plans or their mentality towards risk and rewards. Let’s take a small look at some of the reasons that it could be.

Their plan has no profit targets: Part of creating a trading plan is to also create a risk management plan, while many will think that this is only to do with stop losses, it also incorporates the take profit levels as this is what indicates what the risk and reward ratio of your strategy is. These take profit levels are set for a reason, without them,, you have no idea where you should be getting out of the trade and so you take a guess and close the trade. Always have a clear take profit level set, then let the trade run.

They heard someone say something different: You have a trade on EURUSD, it has gone into a little bit of profit but still has quite a way to go before it hits your take profit levels. So while you wait you head out onto the internet, you notice in a forum that a couple of people are talking about it reversing and going the other way. What do you do? Do you trust your system or do you listen to them? Some people will ignore them, but those, not 100% confident in their own trading system may well listen to them and come out of the trade, just to see it continue in the right direction. Do not let others influence your decisions, your plan is there for a reason, stick with it, and do not be influenced by others.

They do not like risk: There are a lot of people out there that absolutely love risk, then there are others that hate it. If someone is trading who really doesn’t like risk, then there’s a chance that they will close out trades early in order to guarantee profits. If a take profit level is set for $50, but the trade gets to $20, someone who really does not like risk may take that $20 as they do not want to risk potentially losing it on the way to $50. You need to remember that these take profit levels were set for a reason, let the trade do its thing, taking a trade early only messes up the results of your strategy and could result in overall losses.

No confidence in the trading plan: If someone has created a trading plan but does not actually have any confidence in it, this can cause them to double guess the choices that have been made and the levels that have been set, this can cause them to cut their profits just to get out of a trade. You should not be trading on a plan that you are not confident in, if you are not confident then work on it, work out why you are not and then fix that issue before reading on a live account. Only trade a system that you know you are confident and that you can leave alone to do its thing.

It can actually be a good feeling to lock in those profits, to be able to say that you made some money on that trade. There is however something known as unrealised profits, these are the profits that you would have made should you have stuck with the original trade ideas and the original take profit levels.

When you created your plan, you set a very specific risk to reward ratio that was based on the strategy being used. As soon as you take a trade early, even if it was ultimately going to lose, you have destroyed the integrity of the trading system, it was built this way for a reason, you need to let it work the way it was designed to do. It is also a horrible feeling to take those profits and then watch the trade go on to hit your take profit levels, this is why we always allow the markets and the set trade to work its magic.

It can be hard, we know that, but when trading, a plan is always set before a trades execution, let it work the way it was designed to and you will get a lot of satisfaction out of the overall results knowing that it was your original plan that succeeded.