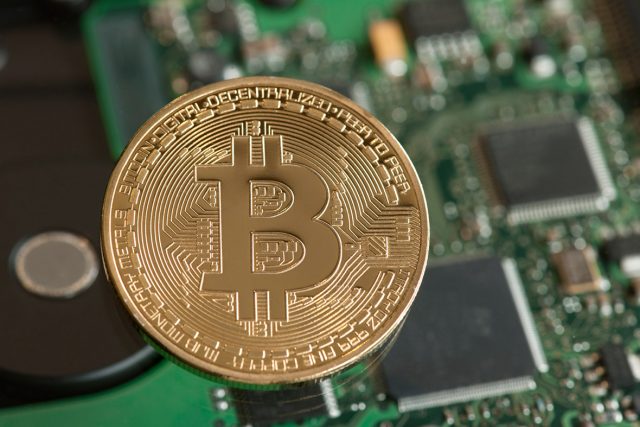 We are heading confidently to the 20th fun fact on Bitcoin but the facts should not be taken lightly. These factors we’ve discussed in this series of articles impact us all. And, hopefully, they will help you decide for yourself what kind of future you want to be part of.

11. Bitcoin is not flawed

Having examined the nature of fractional reserve and of central banking, and having seen how the questionable blessings of Central Banking were fastened upon America, it is time to see precisely how the Fed, as presently constituted, carries out its systemic inflation and its control of the American monetary system. (Murray Rothbard, American writer, economist, and a major contributor to economics, history, political philosophy, and legal theory)

Last time, we offered a real insight into how results help people make their judgment, which is again an important perspective in understanding the value of Bitcoin. Now, we intend to present you with real numbers that go in favor of opting and keep investing in Bitcoin.

Did you know that the central banks acquired 668 tons in gold purchases, which has continued to increase over the past few years?

What do you think where did this demand came from?

In fact, the first two quarters of 2019 on their own surpassed the previous year’s 50-year high. So, now, there is more gold than there ever was before in emerging countries’ treasuries. Now, this is a trend many countries, including Russia, China, India have started to follow in the recent past to hedge from the dollar as a reserve currency, but what conclusion does this leave us with?

So, while there has never been more gold, there has also never been more money printing as well. What central banks are doing is hedging on against the other and holding gold is a wise thing to do from their perspective. And, the question of why they need to do all this gets us back to the statement from the previous article – the system is flawed, which is why Bitcoin is a much-needed relief. Gold hoarding is not so evident in the US for now, however, this topic requires a special article.

Bitcoin is an escape from moral hazards that central planning entails. This is practically reflected in inflation because important facts are rarely discussed. Inflation is the cause of wealth inequality that we touched upon in one of the previous articles of this series.

Wealth inequality occurs as a result of excessive money printing, which further devaluates the currency. Still, approximately 25 to 50% of people at the top don’t even keep their wealth in one currency.

And as these selected few protect themselves with their capital in real assets, they are free from the dangers of their country’s official currency devaluations. How does this happen? Well, when the value of the currency goes down, the price of real assets goes up. So, not only do we have a major disproportion in people in terms of how safe they are in the face of inflation but also in terms of wealth they possess.

A minimum of 50% of US citizens can’t afford a several-hundred-dollar-worth emergency payment, which further means that their paycheck is the only wealth in cash they possess.

So, why do the rich get richer as the poor get poorer?

The answer is simple. The lucky ones will invest a portion of their cash in stocks or real estate for example, whereas everyday people will suffer the consequences of bad planning. What is more, the ones in the top tier will enjoy the benefit of not having to go through the same along with being protected from inflation.

What Bitcoin, conversely, offers is a world free of these games and inequalities. As an inflation-proof system, Bitcoin allows for a much fairer and more equal world.

13: Bitcoin is protection from financial crises

Apart from the issues we described above, we cannot ignore the toll inflation has on the economy. When the financial crisis hit the world in 2008, we know what had preceded it – a beautiful bubble that skyrocketed the number of homeless people. Now that we’ve mentioned numbers… homelessness gradually increased since 2008 along with more money printing the US central bank relied on to fight inflation.

Still, what is even more interesting is that this picture correlates with the S&P 500’s chart. And, this is where we can go back to the transparency and truth Bitcoin entail that you will never find in the system that manages fiat currencies now.

14: There are reasons why Bitcoin is to stay pure

We can all agree that central banks remain unaffected by their decision-making. However, all market participants also benefit from maintaining things in the Bitcoin world as they are. Node operators are incentivized to maintain the rules; miners are incentivized to keep doing their share of work efficiently with regard to Bitcoin ledger; developers invest time in supporting an open-source project; and, Bitcoin holders also expand their resources to acquire more Bitcoin. All participants are equally invested in maintaining Bitcoin at the current level because they are also rewarded and affected by it.

15: Bitcoin is a meritocracy

Firstly, let us introduce the term meritocracy, which Ray Dalio used to describe a specific culture that he explained in detail in his book Principles. The meritocratic culture is the one where candid reviews of colleagues are welcome and encouraged. For example, at his company, Bridgewater, Dalio supported this idea that everyone can review anyone else, CEO included.

Still, meritocracy does not solely fall down to company culture and promotion of honesty, as the idea is much more complex than that. Dalio managed to present a world that surpasses the traditionalist autocratic or democratic systems because meritocracy is a paradigm that denotes a free market. Thus, the meritocratic world is the one where natural selection takes precedence, which is also true for Bitcoin.

Unlike central banks, Bitcoin, as we could see from the past few articles, is not centrally controlled. Bitcoin is hence a system that is innately aligned with reason and is impervious to politics. Moreover, Bitcoin is marked by transparency and everything is out there for the world to see. Bitcoin is also ruled by supply and demand, just like gold, which is also a free market to this day. And, for all these reasons and against Ray Dalio’s personal beliefs, Bitcoin is, like many successful companies nowadays, an authentic example of the meritocratic world.