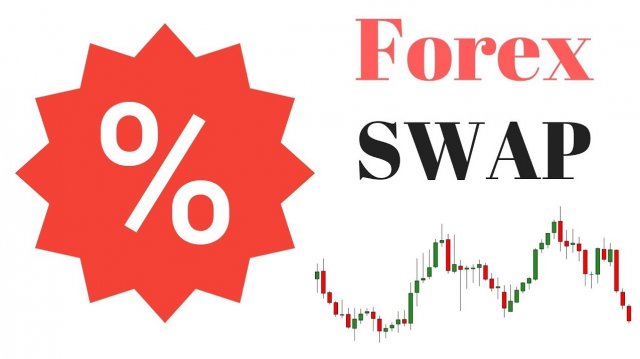 Recently I came across a seemingly interesting trade strategy aimed at trading futures, but theoretically applicable to Forex trading. The author of this interesting strategy claims that, even with completely objective and direct rules, a “trend tracking” strategy simple and complete operated through a highly diversified group of liquid futures markets has produced an annual return of approximately 20% per year over the past two decades, significantly outperforming global exchanges and matching the type of returns produced by hedge funds of professionally managed futures following the trend.

As a professional in the world of Forex, I thoroughly researched that strategy to see what kind of margin it could have historically provided to Forex retail traders. The results are really encouraging because they show perfectly why it can be so complicated for individual traders to exploit margins that exist within markets.

For the sake of full disclosure I will show the rules of the entire strategy:

This strategy has been tested against the most liquid and popular Forex spot pair: EUR/USD, for a long and recent period of time (from September 2001 to the end of 2013), using publicly available EUR/USD cash data with daily opening and closing at midnight.

The results show that the strategy gives us a profit margin in EUR/USD during the trial period. More than 366 operations, a total return of 33.85 risk units achieved, giving an average positive hope per operation of 9.25%. This means that the average operation produced a return equal to the risky amount plus an extra 9.25% of that amount. Understanding that the strategy is quite mechanical and that it represents only one instrument within what is traditionally the worst-performing trend tracking asset class (currency pairs), this is not a bad result at all.

However, commissions and fees should be taken into account in determining the return that could have been truly enjoyed. Assuming that trading was carried out by a fund with EUR/USD futures contracts, and that:

-A quarter of the transactions were subject to “roll-over” before the expiry of the contract, causing an additional commission, and that a “round-trip” commission of $20 per transaction had to be paid, and that,

-An account of 10 million dollars was traded with each risk unit equivalent at 1% of the initial position size, then,

-The total return would be equal to $3,385 million, minus 366 operations multiplied by $25 each, representing commissions. This would mean a return reduction of only 0.1%, offering a total return of 33.75%. It could be assumed that if the “roll-over” strategies were very imperfect, there would be several additional losses.

Now imagine yourself in the place of a retail trader with a $10,000 account who wants to operate according to this strategy, using a retail currency broker. Fortunately for this trader, brokerage allows access to some sort of approach to a futures contract that can be negotiated with a very small batch size, as well as trading spot Forex with a very small lot, so there’s no problem with scalability.

The next step is to address some of the likely trading costs for the individual trader who is starting to implement this strategy in the same period in EUR/USD. The first thing we can see is the cost of using Forex in cash:

-Each operation involves a spread of 2.5 pips, and:

-Each position that remains open at the close of New York has an overnight swap cost that varies from one position to another, but roughly equivalent to three-quarters of a pipe for each night.

To simplify things we can do a rough calculation based on pips. The return calculation of 33.85% was based on a gain of 9088 pips. The spread is only 2.5 pips multiplied by the 338 operations, equivalent to 840 pips. The costs of overnight swaps must then be deducted. Our individual trader kept an open trade for 9879 nights, which means 7415 pips. So we are forced to deduct a total of 8277 pips from our total profit of 9068 pips, leaving a net profit of only 821 pips!

With this rough calculation, if we assume that the return is evenly distributed over each pip, this represents an enormously reduced net profit for our retail trader of only 3.09%, compared to the return of 33,85% reached by the $10 million fund we saw earlier.

Our individual trader could have an alternative, which would be to acquire futures contracts for mini synthetics that do not incur overnight swaps charges, but have wider spreads; something like 14 pips per transaction for EUR/USD. Reviewing the numbers and also assuming that a quarter of all trades must be roll-over, our retail trader would face 457 times a commission of 14 pips, equivalent to a deduction of 6422 pips. This would represent a net profit of 2678 pips. Assuming again that all returns are equally distributed on each pip, our retail trader ends up with a net total return of 9.87%. So using mini synthetic futures would have been much more profitable, but that would still mean an annualised total return in the trial period of less than 1% profit per year! On the other hand, this return would be less than a third of the amount enjoyed by the large fund.

Analysis of the Situation

Why are things complicated to our individual trader? There are different reasons and a thorough examination of each of them can help any aspiring retail trader to understand how certain margins can be incurred in the market by a poor choice of broker or execution methods.

Futures contracts are of very high amounts to be available to most individual traders and the size of the position cannot be adequately achieved with amounts of less than several million dollars in a diversified strategy of tracking trend. Mini futures are always a possible solution, but if they are not very liquid, then it is unlikely to present the same trend tracking margin as ordinary futures. Listed Funds (ETF s) are another partial solution, But still, the individual trader will have to pay a spread in order to access a suitable market well above the $20-dollar round-trip commission paid by a major Futures Exchange customer.

This brings us to the issue of spreads. Really, there is no reason why an individual trader should pay more than 1 pip for a round-trip transaction in an instrument like vanilla as in EUR/USD. Brokers who charge more than this really have no valid excuse. It has to be said that spreads in the retail sector have been falling in recent years. Even though this is good news, and if the individual trader we talked about had been assuming 1 pip and not 2.5 pips, this would have increased profitability by only an additional 1.5% and cannot be truly traced back to 2001 under any circumstances.

Derived from all this, we can finally recognize and expose the real culprit of the decrease in profitability: the overnight swap rate, which is widely misunderstood, and therefore worth a detailed examination of it.

When you do a Forex trading operation, you are actually borrowing one currency in exchange for another. Therefore, you must logically pay interest on the currency you are borrowing, while receiving a return interest on the currency you have. The truth is that it is very common that there is an interest rate differential between the two currencies, this will mean that you could be either receiving or paying an extra fee for that currency each night, representing the spread, and, of course, the exchange rate is an element, because currencies are rarely at the parity level, that is 1 to 1. On the one occasion, you would not have to pay or receive anything would be if the exchange rates were exactly the same at the time of the rollover (the overnight carry-over or renewal of the overnight position), and there would be no interest rate differential.

This means that sometimes you pay the difference and sometimes you receive it, so in general, this swap is canceled. Unfortunately, it’s not as easy as that because of several variables such as the following:

-Retail Foreign exchange brokers pay or charge different rates than foreign exchange brokers customers of a particular pair. Many brokers are very opaque in this and do not even display the applicable rates on their websites, even though the rates can be found within the brokerage feed of any Metatrader 4 platform. It is worth mentioning and stressing that, To be fair, there are different legitimate calculation systems of this charge. But, if you look at the compiled table in myfxbook, which shows a wide range of overnight rates (transaction fees that remain open overnight) charged by some Forex retail brokers, you will get an idea of the tremendous variety that we can find in the market.

In addition to collecting or paying the interest rate differential, some brokers also apply a “management” fee, which can mean that you will get nothing, ¡This happens even at times when the interest rate differential is favorable to you! Ironically, these are the same brokers who charge you for account inactivity, and that is that the fact that management is applicable when rarely operated in the real market is widely questionable. The most common is that the result is usually to stretch the commissions even more to the disadvantage of the customer.

Most traders are highly leveraged, which means they are borrowing most of the currency they are trading. Individual traders tend to forget that one consequence of leverage is that it increases commuting expenses, and this is because you have to pay interest on all money borrowed, not just for the margin they are putting into that particular transaction. Of course, this is an element that is legitimately charged.

The custom of charging an amount for each night to customer holds a position is not only open to abuse, but it can also be an effective way to drastically reduce the odds that a trader can try to move things in their favour by intelligent use of long-term trend trading, which is usually worth it over time if you run it correctly. It could be said that some retail brokers are using widespread ignorance about these charges as a way to add more profits to their balance sheets and that regulatory agencies should take action against these practices.

It could also be said that we cannot expect a market maker to create a market that is systematically damaged by the statistical behaviour of the market in the long term. It could be that many of the differential rates among brokers are reflected by the currencies from which their clients go long or short at any given time. It can be observed that one broker might be offering a better offer than another in one currency pair, but not in another, which seems significantly odd.

A systematic study of this topic would result in a very interesting reading. Meanwhile, a retail trader looking to systematically hold overnight positions (overnight open positions) should make sure that at least you have already thoroughly researched what they offer you when you are looking for a broker and keep in mind that the speed of a price movement in favor of the broker can have a great effect on the profitability of any trend or push strategy that he might be using.