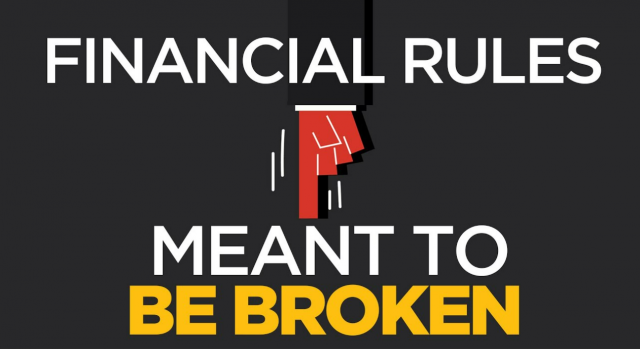 Darwin, analyzing the content of his work “the origin of species”, explained that the strongest species are not the ones that survive, not even the ones that have the greatest intelligence, the ones that survive are the species that best adapt to the changes. This has always been an important part of my investment philosophy, a clear example is my aversion to pension schemes, a product whose extreme illiquidity prevents adaptation to change, and the coronavirus crisis has set a good example of how harmful this can be: Many people have gone blind until it is not known when, and many of them are left without income and perhaps with economic problems.

Okay, yes, governments have changed the rules to allow some to be saved. And you’ve done well, by the way. But is it wise to let your adaptability depend on the government changing the rules? What if you’re not on the assumption that ransom is allowed? Maybe you can’t get it out because the plan is in your partner’s name, or because you don’t have problems but your son, father or brother does…

But this post is not about pension plans, but about rigidity vs flexibility; rules vs exceptions. And I’ve titled it “Rules are enemies of the best,” because that’s the corollary that comes from two premises that I think are true:

I will finish the post defending the deviation of the rules in certain circumstances, so it is good that I start by making it clear that normally you must follow the rules.  When there is a rule for anything (from the circulation code to the ratio of fixed income to the equity that you should have according to age and risk profile), these rules have been put by people who know a lot about the subject, and who have seen that for most people, Following these rules often gives good results most of the time. If you find a rule in a field where you are not an expert, you will do well to follow it. And if you find it in a field where you are an expert, you should have it as a reference and follow it most of the time.

That being said, make it clear that there are a few rules that are an end in themselves, and these must be fulfilled ALWAYS. But most rules are not an end but a means to achieve a goal, and in such cases, you have to stay the course towards the goal, not the rule…

But Rules Aren’t the Best

¡Nor do they claim it! Many rules do not seek to achieve the best, but to avoid the worst. I saw this a lot in my time at Indra, working in public administrations. There are rules to prevent the posts of civil servants from being given to friends, which would be “the worst thing,” but what happened with those rules is that if someone had entered as an interim had done a good job, he could not be allowed to continue in his post.

But his position was taken to the contest by anyone who knew how to memorize more articles of the constitution… although that had no correlation with his good performance in the post. What was going on? On more than one occasion, they cheated themselves to make a call tailored to the person who was acting, breaking the rules, to achieve “the best thing”: that the one who had been doing that work continue doing it, for the benefit of all. Probably illegal, but certainly not reprehensible… if you’re looking for the best, you’ll have to break the rules. And the same thing happens with promotions, competitions for hiring companies… or outside the administrations, also happens with professional associations or designations of origin of wines. They all have rules to ensure minimum quality, but these rules will make it difficult to achieve the best possible result.

What About the investment Rules?

Investment rules are made with two main objectives:

Limit the risk: Achieve adequate profitability for the level of risk assumed. Both objectives are desirable (although the definition of risk can be discussed a lot), and to achieve them, certain investment rules have been proposed:

Reducing the risk with age, Bogle proposed that the percentage you have in the stock market should be to subtract your age from 100 (I who have 46 would have to have 54% in the stock market), and the rest to fixed income. If your profile is more conservative, you can change the 100 by 90 or 80, if you are riskier you can use a 120.

These rules have worked pretty well most of the time, so it would be foolish to ignore them. But this post is about adapting to change… and certain circumstances have changed most of the time. The risk-free bond used to give modest but reasonable returns (2%-4%). Now he’s giving negative returns… you pay to lend the money!

The problem, of course, is that this is difficult because it is very easy to go from “applying the rules with flexibility” to making hot decisions, guided more by emotions than by reason. This is why designing a system of rules where rules evolve with the environment is especially attractive. Frankly, I have not seen anything similar in other disciplines (except in computer science, but is that computer scientists are “special”), and it would be very interesting… can you imagine that when a particular public administration shows above-average performance, it would be allowed a freer system of recruitment, without the obligation to go through competitions and competitions?

And this that I have commented regarding the rules of distribution of assets in portfolios applies also for many other rules that are used in investment…Distribution of assets by sector? Yes, but first let’s see if there are any particularly bad sectors (banking, for example), or expensive (dotcom in 2000, brick in 2007), and that we leave out.

The rule of PER 14? Very useful for detecting craziness when you see normal companies trading at PER 40, but beyond these extreme cases, it has many exceptions and nuances that need to be known. The rule not to invest in companies with high debt? It is more difficult to find exceptions to this because we are just talking about the survival of those species that are able to adapt to change, and high debt limits the ability to adapt to change.

So you know, learn the rules, apply them in detail, understand them thoroughly… and start thinking about when it’s time to break them. Adapt to circumstances and be flexible. And do not stop questioning your own ideas, and listen carefully to those who question them; sometimes you have to unlearn some things to continue moving forward. And as a general rule, avoid the rigidity that comes with debts and illiquid investments… Although I do not despise an illiquid investment that comes with a substantial discount!