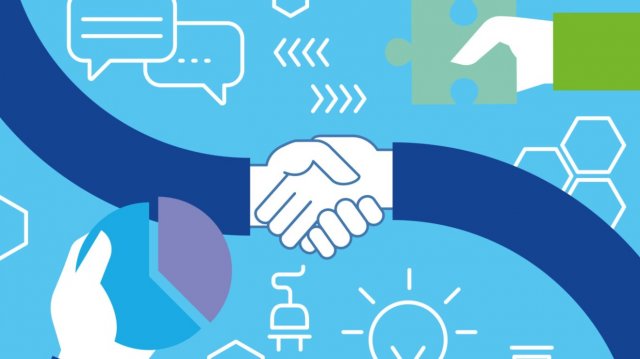 Recency bias is a common trading mistake that many forex traders make without even realizing they’re doing so. Since this issue can cause losses and lead to other problems, it’s important to understand what recency bias is and how to overcome it.

The term recency bias refers to the tendency of traders to take recent events into consideration without paying any attention to older pieces of information. The information that is ignored is often just as important as what the trader is looking at, or even more important in some cases. Without looking at the full picture, traders are put at a disadvantage because they don’t have all the facts needed to make proper judgment calls about what and when to trade. Here are a few examples:

Another way that recency bias can affect traders is when they are looking at their own success over a period of time. If you only think about things that have happened recently, you will have a skewed perception of the truth. For example:

In the moment, trader A is likely feeling successful because he has made 3 winning trades in a row, while trader B is beating himself up over his losing streak. These traders are only thinking of their most recent trades, however, and if they were to step back and look at the bigger picture, it would be clear that trader B has actually made more profits in the long-term.

From here, recency bias can pose other psychological problems. Trader A may become overconfident and begin entering trades without enough supporting evidence, resulting in a quick end to his winning streak. Meanwhile, trader B might try to make up for his recent losses by placing larger trades without thinking of his risk management rules, or he could practice overtrading or revenge trading to make up for the lost money.

If you’ve suddenly realized that you have also been prone to succumbing to recency bias, don’t panic – we’ve got you covered with helpful tips that can eliminate the problem altogether. 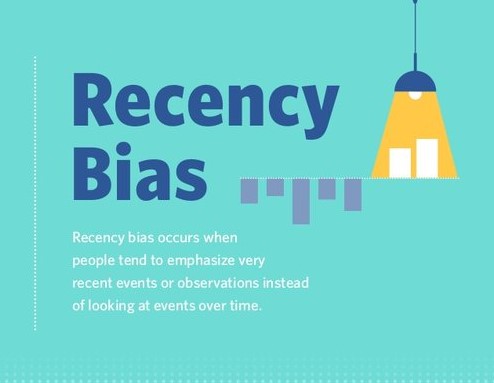 Track Everything in Your Trading Journal

If you’ve already been keeping a trading journal and logging every trade, then you’re on the right track. If you haven’t, this isn’t something you should put off any longer. To be clear, you need to log detailed information about every trade you make in your journal, including specific information like your profits and losses down to the pip, along with details about emotions you may have been feeling. Once you’ve been using your journal for a while, you’ll be able to see the bigger picture that you might have missed otherwise. Instead of only thinking about your most recent trades, you will be able to go back further and look at your results over a longer period of time.

Stick to Your Trading Plan

One of the best ways to stay disciplined is to write down a solid trading plan with strict rules and stick to them. This guide helps traders avoid emotional mistakes that can lead them down the wrong path, like overtrading, revenge trading, increased anxiety, and so on. Your plan tells you when and how you will trade and how much you’re willing to risk so that you can stay level-headed if the notion strikes you to risk more than is reasonable or to enter a trade when you shouldn’t.

Review Your Winning and Losing Trades

Pay Attention to Your Emotions

We’ve mentioned emotion a few times throughout this article so far. To summarize, good and bad emotions can have a big negative impact on your trading results, as they lead us to make mistakes like overtrading, being overly hesitant to enter trades, revenge trading, overtrading, and so on. If your emotions start to get the best of you, take a step back, look at the bigger picture, and take a break if you need to. You might be feeling like you just aren’t cut out for trading because you’re on a losing streak, but you might only feel this way because you are suffering from recency bias. If you take a look at your overall results, you may find that you’re still profitable and that these losses aren’t a big deal. Just remember to give yourself time off if you’re still feeling irritable or try to do something to calm your nerves before you get back to trading, like listening to music, taking a nap, or anything that generally helps you relax. Afterward, you’ll be able to come back to trading more focused and less likely to make emotion-based mistakes.