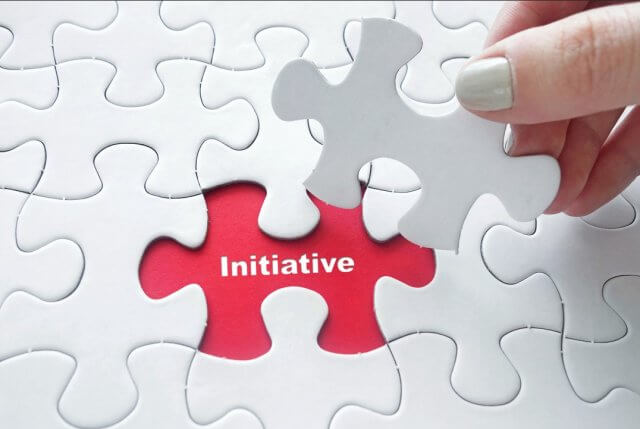 The initiative could be defined as an emotional skill, attitude, or act of anticipation and proposing solutions before someone asks for it. Being aware of the initiative is a proactive behavior where we have the ability to put ourselves in a better position. The initiative is a skill we learn in childhood but one we can develop in adulthood. It is about making things happen, overcoming difficulties and barriers that appear when we are trying to achieve a goal. It is a dare to thinking differently, it is a flame that lies inside all of us. To have initiative is the difference between optimistic and pessimistic, between active and passive, between direct or be directed.

Why is it important to have initiative? One of the first elements that we need to have in our trading psychology is initiative because there is going to be different times in our life where we could be lost without it. When someone attempts to become a professional forex trader someday, he is separating himself from everybody else. The ability to act or to take charge, understanding the rewards of movements, and try to learn more is what makes a difference. Most people, almost everybody we know doesn’t do this because they are too lazy or too scared to take that jump. As forex traders or potential forex traders, we don’t want to be like everybody else. Most people don’t have the motivation to ever even look at that direction or so many people know exactly what it is but wouldn’t be caught dead trading it because they are scared. You guys decide what is worse. Forex involves risk, we can lose every last cent we put into it, most traders were there a lot of times but only a few were able to shake it off because they were fearless and studious in their game. Everybody wants to come up with excuses. Excuses like: “I wasn’t born here”, “I am a female”, “I’m an immigrant”, “I don’t have enough money to start this”…

The problem is, nobody cares. No matter the situation is we need to educate ourselves, we need to work smart and we need to be relentless. In a world we live in, there are multi-billion dollar industries that are created to keep us unmotivated, lazy, and unproductive and they really work, they are pretty good at what they do. A significant majority of people around us are lazy and they never take initiative. The reason most people don’t even bother jumping into forex trading, even if they’re a little bit interested in it, is just because of the fear of losing everything. This is no different from any other investment out there. The fear of losing everything and having serious responsibility for something are probably the two main feelings that could mess with our motivation. The truth is that most of our fears are often just illusions and they might be completely illogical. The worst-case scenario is never as bad as we think it is going to be. There is a small story in the book called “The 4 Hour Workweek”. Back in the ’80, a guy goes to Ghana to do some volunteer work and there he finds out that Ghana starts to fall apart. Major turmoil hit that country and he got stuck there, he couldn’t come back. He was stuck there eating just cornmeal and spinach every day for breakfast, lunch, and dinner.

That was only available, even there was a problem with clean water. So his worst fears of going to a place like this were pretty much realized. Soon after he was like: “Ok, this is not the end of the world, I have everything that I need to survive. Apart from that, I have a lot of new friends and I am actually having fun”. Years later not only does he look fondly on his time there but he knows that if for some reason he were to fell into abject poverty it wouldn’t be that tragic. When he was there, the things he learned and the friends he made were irreplaceable. From this story, we can learn that our absolute worst-case situation can be temporary especially if we are in some developed country. If we are smart enough and if we have resources we can get out of any bad situation. So at the recession-proof market like forex is, our progression could be unlimited and we should stop worrying about losing everything. We don’t want to let that fear be on our way.

Another reason that we have heard from people is that forex is too complex and overwhelming to learn. Surely that forex is not an overnight thing to learn but there are tons of online material out there that is easily accessible and completely free. Forex is around 4 trillion dollars a day market that traders are trying to go in and extract money from over and over so there could be a lot of benefit for those who are persistent and want to build a career in trading. Honestly, the worst thing is not doing anything. The biggest risk we can ever take is simply not taking any. Why? Because we could end up with no retirement money. Most people have absolutely nothing saved. Relying on someone always and all the time might not be the safest house for us, nobody wants that.

Unfortunately, that is probably the path of many levitating souls around us. We need to believe that we are capable of achieving wonderful things and if we don’t attempt them and follow through them, then we might completely fail. We don’t want that to happen. We don’t want to grow old with regrets in our eyes. The initiative is not one time only action. We need to understand even if we had that initiative to get started and that part wasn’t a problem, it is going to come into play again. We will need initiative more than once, probably more than twice in our trading career. There could be a few different phases on our trading path where we might need a firm initiative. Many of us trading demo account right now which is great but there will come a time where we need a transition into real money and that is going to be a serious challenge for us. We could try to lay back and not even maintain demo trades, but if we try to carry that strategy over into transitioning to real money, we might end up destroyed. Watching our money going up and down in a real money account knowing that is actually our money could largely play tricks on us.

The fact of going from the demo into the real account is a big leap for many people. That might be too much for some people so we need to be ready and not off-guard when that moment comes. But simply some people don’t feel comfortable about investing, they don’t want to do it themselves. They feel more secure to hand it over to somebody else. Eventually, we are going to walk in that fire where we trade with our real money and it is not going to be easy. So we could try to trade our own money and hope we can get good enough return year after year to compound interest and maybe get our retirement savings or our spending money. We could also try to trade other people’s money whether it means setting up our practice and trying to draw clients or join up with the big company, prop firm, or hedge fund. So transitioning through these different phases we will need strong initiative if we want our mindset to evolve. Just a simple walk through these stages is a big psychological leap but if we want to be professionals one day these are the routs we need to take. Knowing that we are going to be tested, judged and that we are going to deal with real money are some factors that are part of the process but the potential rewards could easily outweigh any fears we might have of underperforming.

We need to take the initiative and give ourselves a chance. For some of us who still struggle with initiative, a good thing to do might be to read the book called “Rich Dad Poor Dad”. This might have an impact on some people to try to approach differently to certain things in their life. The mentality, approach, end-game, and mindset are some of the key elements that we should be always trying to upgrade in our trading psychology so we could hopefully be in the right headspace. After those progressions, we just need to make sure not to leave that headspace ever. So for all of you guys, good luck and never give up.