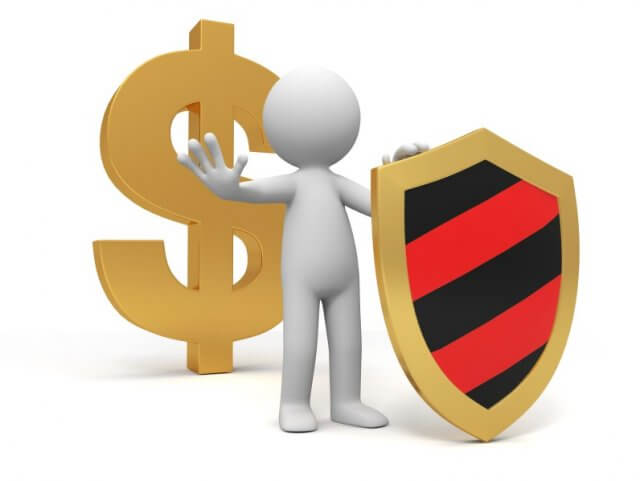 A protective asset is a financial instrument that shows a stable change in price without drops and spikes, regardless of the macroeconomic and geopolitical situation. As such, this type of asset is in demand during the time of crisis. As profits are typically earned on price movements when trading Forex, you are probably wondering whether you should be trading with this type of asset. In this article, you will find out.

Protective assets are subject to the following requirements:

-Price stability is irrespective of the overall volatility of the market. Force majeure should not have a significant impact on protective assets. On the contrary, at the moment of force majeure, investors’ capital flows into protective assets, since they enjoy the greatest confidence in the event of instability.

-Protection against inflation. The higher the return, the higher the risk. That is why protective assets do not have high returns, but at least they must grow in price after inflation.

-Minimum exposure to price changes. That is, they should have the lowest volatility and the highest liquidity.

Instruments, which grow in price when another instrument is depreciating, are sometimes mistakenly referred to as protective assets. For example, natural gas is not exactly a safe haven for oil. This is because natural gas has its own fundamental elements influencing price and its correlation with oil prices is weak. The situation, when oil falls and gas grows, can be called coincidence.

Ideally, a protective asset should not depend on geopolitics and the global economy but should still be highly liquid. There is no ideal, but there are some assets that have more of these features than high-performance instruments. A trader has two options: he can add to the portfolio instruments with a negative correlation (if one instrument depreciates, while another is appreciated). Or you might consider buying protective assets. The second option is more reliable because the negative correlation does not always work.

A good period of analysis to consider is the long crisis of 2008-2009. Although many companies started IPOs after this period, still, at present, it is possible to find interesting charts to make a comparison.

It is a classic protection asset, where investors’ capital flows amid major economic problems. It is partly the result of a historical stereotype. The scarcity of resources, the demand of the industry are the main factors that ensure the stability of the gold price.

Before 2008, the growth in the price of gold futures had formed a view that this asset is the most reliable, compared to currencies, stocks, and other commodities. This stereotype was ruined during the 2008 crisis. 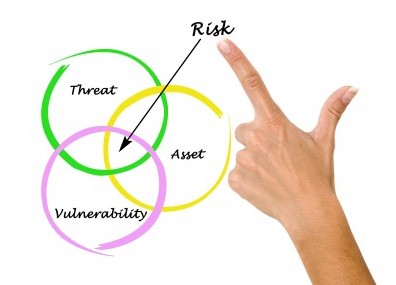 In the 2008-2009 crisis period, gold was also falling in value. And even with its peak growth in 2012, long-term investments were not the most profitable. As international stock markets recovered to pre-crisis levels, gold quickly devalued. It was at the end of 2018 that the stock markets collapsed. Even if we consider this situation as an example when gold was a safe asset, it is not convincing compared to the overall trend.

Conclusion. Gold can be considered a protective asset only during the time of the short-term economic crisis. Then investors’ money stays in the system, simply flowing from one market to another. But in the event of a global crisis, investors withdraw their money from all markets. As we have learned from history, gold is an asset that also falls during these times. And the long-term trend of gold does not look like a chart of a stable protective asset either.

Another problem with investments in gold is the form. It seems that the most accurate thing is not to invest in physical gold, the delivery margin reaches 20% – 30% (gold alloy tends to oxidize). You will need fairly large seed money to buy gold futures (from several thousand USD). There are also problems with taxes.

During global economic growth, investors pay attention to companies from developed economies, whose stocks during a crisis will quickly fall in price. So, protective assets are the shares of emerging market companies. The most promising industries in this regard are the mining industry (these are rare metals, diamonds) and power generation.

A good example will be some companies from Russia which is an emerging market. As mentioned above, the oil and gas industry is not a protective asset. After the fall in contributions in 2009, stocks did not return to the pre-crisis level. The crisis of 2008 did not affect the company very much. And even after the crisis, the investment was more than successful.

For developed countries, there is also a separate approach. It is based on the fact that even in a crisis, ordinary people will continue to buy food, and rich people will not yet be able to deny themselves luxury.

When most stocks were declining in 2008-09, McDonald’s shares, after a small decline, instead, increased in value. Note that there was no significant reduction at the end of 2018, as was the case with technology companies. For example, Apple stocks that passed the 2008 crisis quite easily showed a serious decline at the end of 2018. And IBM documents in 2008 fell by more than 30%. Tesco and Walmart, which represent the retail segment, have similar graphics to McDonald’s. In the future, stocks of these corporations declined sharply, so the shares of the consumer sector and the food sector are safer than the shares of retail companies.

Conclusion. There are no universal protective assets, and they can be different at different times. However, there are some values constantly increasing, as demonstrated in the example of McDonald’s.

It is important that we highlight that there is no single rule on how to identify a protection asset. The potential investor should review the stock chart of each company and analyse the behaviour of the quotes at the time of a prolonged crisis. Previous recommendations on which countries, industries should pay attention and which criteria should meet these values.

Important! Protective actions are less relevant to protective assets than gold or government bonds. Yes, they fall less during a crisis, they can produce losses when other values will increase at a different time. It makes sense to consider protective actions only for the period of a possible recession, then one must decide the actions of each company individually.

Investors should certainly not consider the actions of the oil and gas industry, technology, and biotechnology companies unless such companies are under the strict control of the government. Nor should you use second-tier stocks as protective assets, as investors generally dispose of them at the time of a crisis. The greater the capitalization of a company, the greater the probability that the company will receive state funds. Small-capitalization companies face high risk. 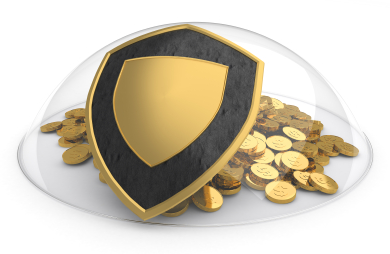 Government bonds are also called sovereign bonds. Here we talk about one of the safest assets, although nothing is safe by default. First of all, these are US bonds, or treasury bonds, where the risk of default is almost zero. Some important moments:

-The priority of values with a floating rate.

-The priority of government bonds in developed economies. Municipal bonds and emerging market bonds are considered to have low liquidity.

There is one drawback with government bonds, and that is their low profitability and that almost never exceeds inflation. But in a low market, a yielding asset is rare, and bonds can be an alternative to deposits.

Corporate bonds are not protective assets. During the crisis period, there is the largest number of bankruptcies of different companies, including large corporations. If knowing the above, you still want to add corporate bonds to your portfolio, focus on things like credit rating, the presence of foreign exchange earnings, and the possibility of government support. An alternative to individual debt securities is bond funds.

So far, the US dollar is one of the few currencies that analysts recommend adding to their investment portfolio in some way for diversification purposes. The confidence generated by this currency is very strong, even in spite of the growing size of the debt. The euro sinks more strongly in times of local or protracted economic problems; therefore it is not considered a protective asset.

In the course of a crisis, there is always a strong demand for the Swiss franc, but you have to know that there is a small problem with liquidity. For example, investors in Africa, India, or Russia will find it difficult to buy or sell it quickly.

The Japanese currency is also sometimes considered a protective asset. Previously, it really was, but now, when the country is trying to combat deflation for a year and, on the contrary, is looking for ways to weaken the national currency, it is not worth considering it as such.

Real estate. Some analysts think that real estate can serve as a protective asset. Everything here is very relative. If tourist properties in the Mediterranean used to be in demand (for example, Spain), then, during the crisis, demand dropped drastically, and real estate prices also fell. You also need to know what the real estate service costs is (and rent doesn’t always cover them), so investment doesn’t look promising.

Investment funds and ETF. It can also be considered as a kind of protective asset, as they are often diversified. But, during a crisis, their coverage function is weakened: they are becoming cheaper along with other assets. These investments relieve the investor from responsibility for the formation of a balanced portfolio, but the risk of the fund manager’s error persists.

Deposits. They are considered the most reliable conservative investment vehicle. The banking system is backed by the State and the Central Bank, then, the probability of a large bank going bankrupt, even speaking in times of crisis, is quite small (although there are exceptions). The insurance funds fully or partially offset the deposit in case of force majeure.