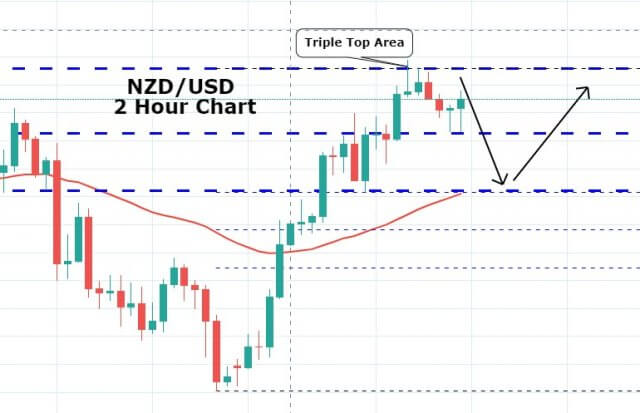 The commodity currency pair NZD/USD is trading with bearish bias around 0.6120, as investors seem to take profit despite a surge in crude oil prices. Dollar remains weaker as the reports indicate that US drug maker Moderna provided insufficient data to determine the efficiency of vaccines that came in the market lately. This report increased the doubts and weighed on the US dollar safe-haven status, which ultimately dragged the NZD/USD pair higher.

Increased tensions between the US & China also kept the US dollar under pressure on Wednesday after China showed anger towards US administration for more-warmer ties with Taiwan. On the other hand, WTI Crude Oil Prices on Wednesday showed a surge in black gold prices towards $33 per barrel amid the increased demand after easing of lockdown restrictions across the globe.

Crude oil prices were also supported by production cuts by OPEC+ and supply cuts by other major oilfields. Furthermore, on the American data front, the Crude Oil Inventories for the past week were reported as -5.0M against 1.7M and gave support to WTI crude prices.


Everything considered, the NZD/USD pair is now in the overbought zone, and it is also testing triple top resistance at a level of 0.6150. Below this, we gave entered a selling trade as the pair can drop until 0.6105 and even lower to 0.6064 level. The pair may face a hard time breaking above 0.6150 level as the recent histograms in the NZD/USD pair are supporting selling bias in the pair. Thus we are trying to capture a correction in the market.