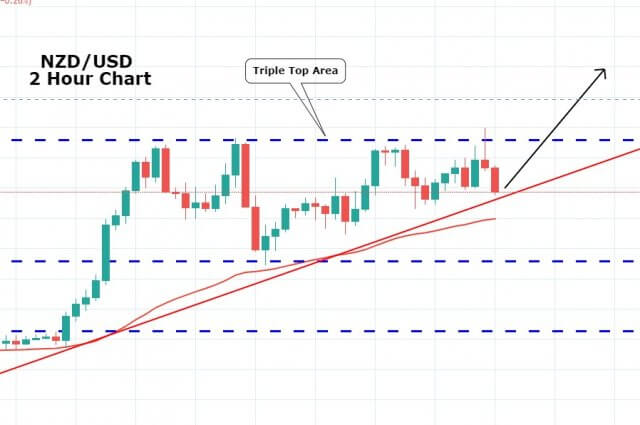 The NZD/USD currency pair flashed green and rose to 0.6230 level, mainly due to weaker crude oil prices, which undermined the commodity-linked currency the loonie and exerted some bullish impact on the currency pair. While, the broad-based U.S. dollar is selling bias rolled out to be one of the key determinants that held a lid on any additional gains in the currency pair, at least for now. As in result, the currency pair remained confined in a three-day-old trading range.

The declines in the crude oil prices could be long-term as the Possible U.S. actions could include trade sanctions on China, which will likely influence the demand of oil that has been slowly recovering from the easing of lockdown restrictions all over the world and will also keep the Canadian Dollar weak.

Despite the on-going tension between the United States and China relation, which was caused by China’s national security laws for Hong Kong during the previous week, the U.S. dollar reported losses on the day. The weakness of U.S. Dollar was possibly due to the recent optimism about a possible COVID-19 vaccine and hopes of a global economic recovery. The decreased demand for safe-haven U.S. dollar eventually turned out to be one of the key factors that kept a lid on any additional gains in the pair. Whereas, The U.S. Dollar Index that tracks the greenback against a basket of other currencies slipped 0.09% to 98.258.

Taking a look at the technical side of the market, the NZD/USD pair has formed an ascending triangle pattern supporting the pair around 0.6190 along with resistance around 0.6230 level. On the higher side, a continuation of the upward channel may lead the NZD/USD prices further higher until 0.6260 level, but the recent breakout has turned out to be fake. However, the pair is still holding over 50 EMA support, which is a hope for the pair.