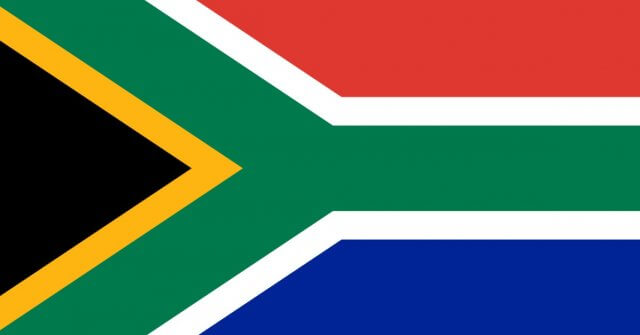 If you were to go through any of the major social media platforms and look for things related to Forex, you will most likely find quite a large community of people that are from South Africa. Forex and trading have started to become quite a popular pastime and business opportunity for those living in South Africa. This is on the rise due to the increase in the accessibility of trading with the entry requirements being as low as having an internet connection, phone and just $1 to trade with.

There is however quite a bit of confusion in regards to whether or not forex trading is actually legal in South Africa. On one side of the discussion is the minister of finance in South Africa, Tito Mboweni, stating that forex trading is illegal in South Africa and that residents are not allowed to speculate against the South African currency, the rand. On the other side is the Financial Sector Conduct Authority (FSCA) who has stated that it is legal for South Africans to trade in forex, including the rand as long as they are trading derivatives from a fully licensed broker. To add to the confusion, the minister of finance has also stated that regulated brokers can allow people to trade derivatives, which was contradictory to his previous comments. This has made trading quite a grey area, yet it doesn’t seem to stop people from getting involved in the industry.

One thing that has been made clear from both Tito Mboweni and the regulatory body FSCA is that it is illegal for people in South Africa to purchase forex or to use forex based services from firms or people that do not have the proper authorisation to sell and offer those services, it has also been made clear that it is actually illegal to speculate against the rand. The problem is that there is a lot of confusion being created from the fact that not everyone actually understands what forex actually is.

Forex trading is a form of contract for difference (CFD) trading, these are financial instruments that get their value from the underlying assets, this includes things like the exchange rate of a currency pair or the price of metal or equity. Due to the CFDs getting their price from an asset, they are classed as a derivative, when you make a trade in forex, neither the trader nor the provider of the trade is taking ownership of that asset.

Due to forex trading being classed as derivative trading, this word means that trading would be legal in South Africa as both the minister and the FSCA have confirmed that it is ok for South Africans to trade these derivatives. The FSCA still states that any South Africa based firms must be authorised and regulated to offer these services, but there is no law in South Africa which prevents its people from trading with a broker that is based outside of South Africa, or even with brokers that are not regulated by the FSCA, they are strictly there to monitor the providers rather than the trader.

The rise of online brokers who are offering CFDs to trade has made it far easier for South Africans to trade. In fact, it would be quite difficult to find a broker that would be classified as illegal in South Africa. This is simply due to the fact that for it to be classed as illegal, you would need to be making a purchase directly with real currency, which would cost a fortune, millions of dollars in order to make any trades of value. All online trading in South Africa Derivative trading does not however mean that it is without its issues or grey area. Brokers such as JP Markets which was one of the biggest South African brokers have just gone into liquidation and showed us that there were a lot of issues within the South African trading scene, but it would appear that illegal trading would not be one of those issues.

The regulation within South Africa is regularly changing, the recent collapse of JP Markets was based around a change in the regulation from the FSCA, where they introduced a new licence for brokers within South Africa which was called the ODP licence. When the FSCA investigated JP Markets, they did not hold this new license and so they were then able to quickly shut the operation down

The thing to take away from this is the fact that as a trader in South Africa, there are no legal issues or reasons as to why you should not be trading with an online broker. As long as it is CFD trading to which 99.9% of online brokers are, then you are fully within your rights and the law to trade, even from brokers that are not stationed within South Africa. If you are going for a South African broker, then ensure that they are regulated by the FCA and that they have all the required licenses, this way you will be sure that you are trading with a legal firm and that you are at least partly protected from any wrongdoing.

So to answer the question as to whether or not reading and forex is legal in South Africa, it is a yes, as long as it is CFD/derivative trading.