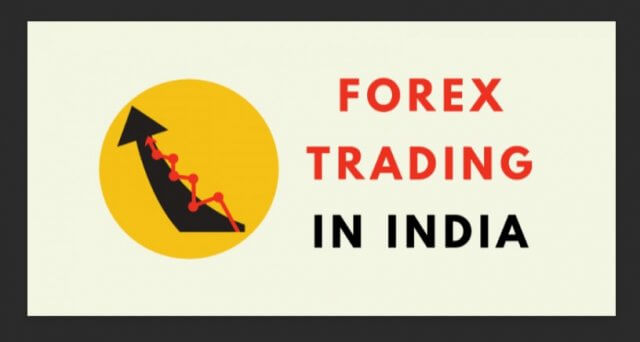 Are you interested in trading currencies in India? This global decentralized financial market with an estimated daily volume of exorbitant $6.6 trillion keeps expanding steadily. Nevertheless, some regions on this planet remain unwilling to completely open up to the world of foreign currency trading.

India, one of the most populous countries in the world, is also said to be the 16th largest forex market on the globe. Despite it being one of the most fluid markets, the legal status of currency trading in India still causes confusion in many people. Take a look at today’s selection of key questions and answers to get an insight into how you can enter the forex market in the territory of India without having to bear any legal consequences.

When is the history of the Indian FX Market?

Upon the 1978 permission of the Reserve Bank of India (RBI), local banks commenced intra-day currency trading and the Indian foreign exchange market sprang to life. In the coming years, the Indian rupee (INR) underwent many changes and more economic reforms were introduced to balance out the inflation differential, level the INR against other currencies, and maintain competitiveness.

The Securities and Exchange Board of India (SEBI), which now protects forex securities issuers, investors, and forex-related agencies, was established in 1992 for the purpose of regulating forex activity in India. This autonomous authority also protects forex securities issuers, investors, and forex-related agencies. In addition, in 1994, a committee was appointed to further develop the forex market in the country. As the result of its actions, banks were granted the freedom to fix their trading limits, borrow and invest funds in foreign markets up to certain limits, and use derivative products to manage assets and liabilities.

Corporations were given approval to rely on instruments such as interest rates and currency swaps in the international currency market. It is interesting how Indian people living abroad are said to have substantially influenced the expansion of the Indian forex market although locals initially seemed to show little interest in currency trading. The FX market in India keeps growing and more and more people seem to be drawn to foreign currency trading.

Who is eligible to trade currencies in India?

Any resident of India or an institution (banks and companies) in the country’s territory can take part in the forex market. The regulation excludes the possibility of foreign institutional investors and non-resident Indians trading in the country.

Why is currency trading questionable in India?

As per the regulations of the Securities and Exchange Board of India (SEBI) and its central bank RBI, no Indian citizen can trade currencies through any electronic or online forex trading platform in the Indian territory. As per the Indian government’s decision, Indian residents can do limited trading in that it is only possible to trade currency pairs benchmarked against the INR. The reasons behind such restrictions concern the fact that the INR is weak against the USD, which can only be purchased from the Central Bank of India.

Where can one trade currencies in India?

The first recognized exchange in the country was the National Stock Exchange of India (NSE). Nowadays, currency trading can also be carried out within other Indian exchanges such as the Bombay Stock Exchange (BSE) and Metropolitan Stock Exchange (MSE). While trading currencies with international brokers is illegal, Indian citizens can legally trade currencies through specified foreign exchange trading platforms and all forex brokers and stock exchanges must be licensed by SEBI to be able to operate within India. The broker’s website does not contain any information from the Securities Exchange Commission (SEC), the Financial Industry Regulatory Authority (FINRA), or similar regulatory bodies, traders should look for another broker.

Which currency pairs can be traded in India?

Before, the only tradable instruments used to be EUR/INR, GBP/INR, JPY/INR, and USD/INR. Nonetheless, as of 2015, the RBI permitted the Indian exchanges to offer cross-currency futures contracts and exchange-traded currency options in three additional currency pairs – EUR/USD, GBP/USD, and USD/JPY. One of the most popular pairs is believed to be the USD/INR owing to its said attractive return rate.

What are the consequences of legal violations?

Under the 1999 Foreign Exchange Management Act (FEMA), any individual can be fined or imprisoned for illegal forex trading carried out in India. However, non-resident Indians will not be persecuted for doing foreign exchange trading in India. Generally, one would need to violate the FEMA law drastically to draw any attention. In case of any violation, the RBI will typically take action against the bank rather than the individual.

Can these regulations be evaded in any way?

While illegal trading is not advised in any form or fashion, Indian citizens are known to have been evading the FEMA in the past by utilizing the same RBI policy loopholes Indian banks use without breaking any rules. Indian citizens can apparently trade currencies without remitting through the Liberalised Remittance Scheme of RBI (LRS), assuming that they rely on a different scheme with the RBI’s permission, and any money received online from abroad can be used in this manner. Nonetheless, all individuals willing to pursue this form of trading need to be reminded of the risk of suffering a total loss, where one would still be able to remit money but not through the LRS.

An additional piece of advice for this approach includes the need to be alert and avoid such trading schemes in case of any emergency within the country. All traders interested in trading in this way should also make themselves acquainted with the LRS and think of other means of sending money. Technically speaking, one can still use the LRS and not send the money to a forex broker. All in all, all traders are said to be safe unless there is proof that the money was sent to a forex broker, yet going against the law is still considered a criminal act and should be thus avoided regardless of how innocent it may seem.

Is Forex trading profitable in India?

While India is a market with high liquidity, traders usually find their greatest challenge to be dealing with a limited number of currency pairs. Nonetheless, after investing in education and practical application, every Indian citizen should be able to overcome this difficulty. What is more, certain currency pairs such as the USD/INR and the EUR/INR can move up by 1000 pips in a matter of several weeks, which can prove to be quite profitable in the long run.

What are some general pieces of advice for forex trading in India?

You should primarily use a device with fast internet connectivity where they can check the currency pairs’ rates as they frequently fluctuate. It is mandatory that you find a trusted online broker that will allow you to trade the INR. You should then create an account on the broker’s website having previously read the requirements such as the minimum deposit. Make sure that you transfer funds to your account after understanding the conditions (e.g. see if you are only permitted to use your native currency). You can then download a forex trading platform although it may be wiser to test your skills with a demo account using virtual money first.

It is curious how the forex market is still restricted in some areas despite its vast use all over the world. While currency trading in India is not entirely illegal, traders still face challenges with the choice of currency pairs they can trade. Nonetheless, forex trading in India seems to be an emerging market, especially since INR currency pairs have a tendency of moving up by hundreds of pips in only a few weeks. Trading the INR can certainly prove to be lucrative in the long run, so practice your patience and strive to stay within legal bounds.