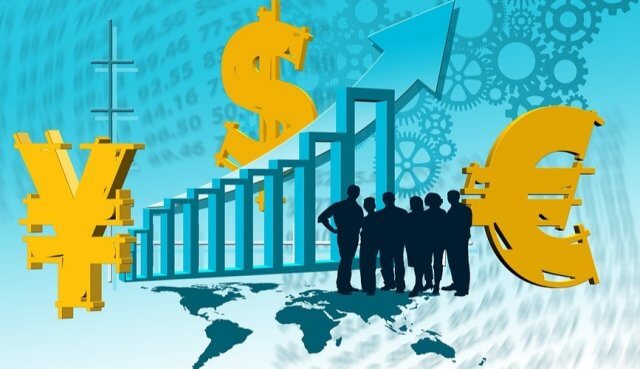 The economic crises that have shaken the world economy in recent years have had their origin in the explosion of the famous financial bubbles. The consequences of these economic crises have had a negative impact on the lives of millions of people. This negative impact has served as an argument for advocates of regulation and interventionism to promote policies or regulations that regulate financial markets.

That’s why in recent years, you’ve probably heard about the Tobin Tax, but maybe you’re not entirely clear: what is the Tobin Tax? How does it affect? What consequences can it have on my trading? And on my investment? In this article, I will explain what this is all about.

First of all, let’s start with the name, why is it called the Tobin tax? The Tobin tax owes its name to James Tobin, an American Keynesian economist who believed in government intervention in the economy to achieve its stability. He became known, in the early 1970s, for suggesting taxing capital flows. And this proposal is what we now know as the Tobin Tax. End. No, there is more, we continue.

What is the Tobin Tax?

As I was saying, the Tobin tax proposed by James Tobin was to establish a tax rate (tax or collection) of 0.5% on foreign exchange buying and selling operations and thus try to curb speculation after the break-up of the Bretton Woods agreements and the subsequent completion of the Gold Standard.

The original idea of this tax was to raise money at the expense of speculators, pretending to give a social approach to its acceptance. Although in reality, it already sought to curb fluctuations or volatility in the foreign exchange market during the crisis of the 1970s, after abandoning the gold standard during the government of Richard Nixon.

Historical Background on the Tobin Tax

The direct and immediate consequence of the application of the Tobin tax in the different countries where it has been implemented has been a drastic decrease in trading volumes and the migration of investors to other markets. Little joke.

With the implementation of the Tobin rate in countries like Sweden, there was a downward movement in the volume of trading of around 50%, in London an 85% drop in the bond market and 98% in the futures market.

In the case of France, investors chose to avoid investing in the shares of the French giants or, failing that, invested in derivative products that replicate the real price, but without being subject to the imposition of the Tobin tax. The volume of the bag rushed quickly and the revenue did not even reach half of what was expected.

The Evolution of the Tobin Tax

During the crisis of the 1990s, anti-globalization movements took up the idea of applying the Tobin tax to increase their social acceptance, renaming it the Robin Hood Tax, making it one of its main demands by using it as a means of earning income for the fight against poverty worldwide.

These mobilizations led to the creation of the Association for the Valuation of Transactions and for Assistance to Citizens (ATTAC) at the end of the 1990s, in order to establish the Tobin tax as a global transaction tax.

The financial crisis, which occurred a decade later, once again targeted the application of a tax that would impact on financial institutions the costs of the crisis, because many of them were rescued with public money.

As a result, the International Monetary Fund (IMF) produced a report in which it renames the Tobin tax as the Financial Transactions Tax (FTT) and extends its scope to the purchase and sale of shares and other financial instruments. However, the conclusion of this report was that the application of this tax was not desirable, for two main reasons:

In 2011 the European Commission proposed to the member countries the implementation of an FTT, but it was rejected. Years later, a new Tobin tax was proposed, consisting of a rate between 0.1 % and 0.25 % for the purchase and sale of shares and derivatives of companies with a capitalisation of more than EUR 1 billion, in only 10 countries: Germany, France, Spain, Portugal, Italy, Greece, Belgium, Austria, Slovenia, and Slovakia. But the only ones that applied it unilaterally were: Belgium, Ireland, United Kingdom, France, Greece, and Italy

In the Spanish case, the coalition government of Spain recently approved the implementation of a Tobin rate of 0.2% to the purchase of Spanish shares with a market capitalization of more than one billion euros, that is, all the companies of the Ibex 35 and another important group of companies of the continuous market, among them: Repsol, Santander, Telefónica, CaixaBank, Bankia, Endesa, Enagas, Aperam, Almirall, Corporación Financiera Alba, BME, Ebro Foods, Fluidra, Faes Farma, Catalana Occidente, Gestamp, Logista, NH Hotels, Prosegur Cash, Prosegur, Rovi, Dia, Sacyr, Unicaja.

Each year the Spanish Executive, through the Ministry of Finance, will publish the list of companies that must pay this tax. The publication of this list gives investors the possibility to know in advance which transactions will be affected by this rate and which will not.

Although the regulations state that the tax must be paid or paid by the broker or financial intermediary, as you may be imagining, it is very likely that these will have an impact on the cost of the final customer. These rules exclude from tax capital increases, stock market outflows, derivatives, and debt issues, both public and private.

Due to the difficulty of monitoring all transactions held throughout a session, the application of this levy for intraday was ruled out. However, the levy is maintained for portfolio changes at the close of each session. This is because the calculation of positions at the end of each session is easier, as well as identifying the holders of each type of asset.

The main objective of applying this tax is that the financial institutions that received millions of dollars from the government during the banking crisis, return the favor to society. The Spanish Government’s goal is to raise €850 million annually. We all know it will be lower.

Criticism of the Tobin Tax

One of the main criticisms of the imposition of the Tobin tax is the difficulty of differentiating between speculative and non-speculative capital movements. Many call this tax a mistake that has nothing to do with the original idea proposed by James Tobin and others go further by calling it a populist measure.

Of course, the introduction of the Tobin tax is not to the liking of the financial institutions concerned, such as Bolsa y Mercados Españoles (BME). Those most affected by the measure, fear that again the volume of negotiations that have already shown signs of a continuous fall, I accentuated its decline.

The main players in the Spanish financial market question the effectiveness of the tax to achieve the annual collection target of 850 million euros.

Another criticism is based on the fact that for effective implementation of the Tobin tax, it should be applied in all countries globally, but it is very unlikely that the most important markets will agree with its implementation. This is because in an interconnected and global market, we can easily operate from a country where transactions are not subject to this tax.

How the Tobin Tax Impacts Investors

Although this tax has been sold as a tax on large investors, in practice this tax on financial transactions will mainly be levied on small investors. Normally, the tax criterion used is the location of the broker, that is, the tax would only affect the trader that operated a broker that was in Spain. This criterion has now changed and the financial intermediary will be responsible for settling the tax regardless of the residence of the person or entities involved in the transaction, that is, it does not matter the place of residence of the person who buys the shares or the place where they are traded.

If you’re a long-term investor with few trades, you may not even notice the impact. If you’re a more active investor and you rotate your portfolio on a weekly or monthly basis, you’ll notice it in your annual results.

Investors are likely to start looking at other foreign exchanges and stocks that are exempt from this tax. Although in reality, the great attention of the investor is usually in the U.S. and not in the IBEX 35. However, the application of this tax will make Spanish actions even less attractive if it is not applied in a consensual manner in the rest of the European Union. And yet as I tell you, there’s America.

With the application of the Tobin tax and adding the existing fees, if you invest 1000 euros in the exchange we must add to the current fees 2 euros corresponding to 0.2% of the 1000 euros invested, for a total in fees of 5, EUR 95 representing a 50 % increase in commissions.

According to figures and calculations by Inverco, the application of this tax to equity investment funds will reduce the profitability of these funds by around 7.4% in the next 25 years. In the case of pension plans, it is estimated that the yield will be reduced by 5.6% in 25 years.

In short, the four main consequences that we will probably see will be a drop in the volume of trade, an outflow of capital abroad, a reduction in total tax revenue, and an increase in the interest rate as a solution to make up the profitability of financial institutions.

Again, history will tell us how the Spanish economy will be affected by the application of this tax and who will pay for it in practice.

Alternatives to the Tobin Tax

If as a small investor you want to legally avoid paying the Tobin tax, here are two options:

Invest directly in shares with a capitalization of less than one billion euros. Most companies with a market capitalization of less than one billion euros are listed in the IBEX Small Cap, but you should keep in mind that due to the high volatility of these companies you must have good risk management. You can invest in derivative products exempt from this tax, such as Futures, Options, Warrants, CFDs.

Tobin Rate for Forex and Cryptocurrencies