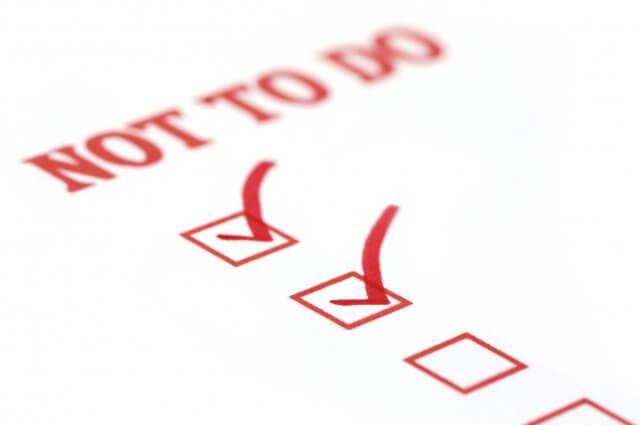 There are thousands of different strategies, some are fantastic and work for most trading conditions, some work really well during specific trading conditions, some work with some of the time, some most of the time. Some are safe and some are a little bit riskier, we are going to be looking at one of those slightly more risky ones, in fact, it is one of the riskiest ones. It is known as a grid strategy and it works much as the name suggests, so let’s take a look at what this strategy involves and why it is so risky.

There are a lot of different variations of the grid strategy, but before we look at any of them we need to outline what a grid-based strategy actually is. To put it into simple tmr,s if you look at the charts, you will see a grid on the background, this is similar to how you need to imaging the strategy, there are vertical lines going up the screen at fixed intervals, lets for the examples state say that the grid lines are 25 pips apart. A trade is opened if it goes the right way, it is done and profits can be taken.

However, if it goes the wrong way, when it gets to negative 25 pips, you will open up another trade going the same direction as the original, if it then moves another 25 pips to a total of 50 pips negative, you will open a third, this will continue until the markets reverse and the trades can all be closed at the same time for an overall profit.

So you can see how it can be a little risky if the markets continue to move against you, there is a very good chance that you will continue to open up new positions until you get a market call and the broker protects itself and you by closing out your trades. That is the barebones basics of how the strategy works, there are of course a lot of different variations of it. Some make it safer, some riskier and some just make it go a little crazy, but whichever version people use, it will have a lot of risks attached to it and so this strategy remains very risky and is one of the most dangerous ones to use due to its lack of basic risk management.

Now let’s take a look at what some of these variations of the strategy involve:

The martingale strategy is another strategy that you may have heard of and is another sky one, so you can imagine that combining it with the grid strategy, which is an already risky strategy could be making things a little worse.

This strategy works much the same way as the standard grid strategy does, its main difference is that when more than one trade is opened due to the markets going the wrong way, each subsequent trade is opened at a larger size. What size that depends on the trader using the strategy, some people use double the lot size, some people increase it by just a specific amount each time. Other than that, it works exactly the same way, at a set interval the new trade will be opened.

As the lot sizes are now increasing it will make a couple of differences, the first is that the drawdown that the account experiences will be a quite a bit higher than the standard version, the other differences is that if the markets do decide to change and reverse, you will be able to get out of the trades in profit from a much smaller move. So there is a positive and a negative, but overall this version of the grid strategy offers a lot higher risk to the standard one, which we will remind you that it was already quite risky to begin with. 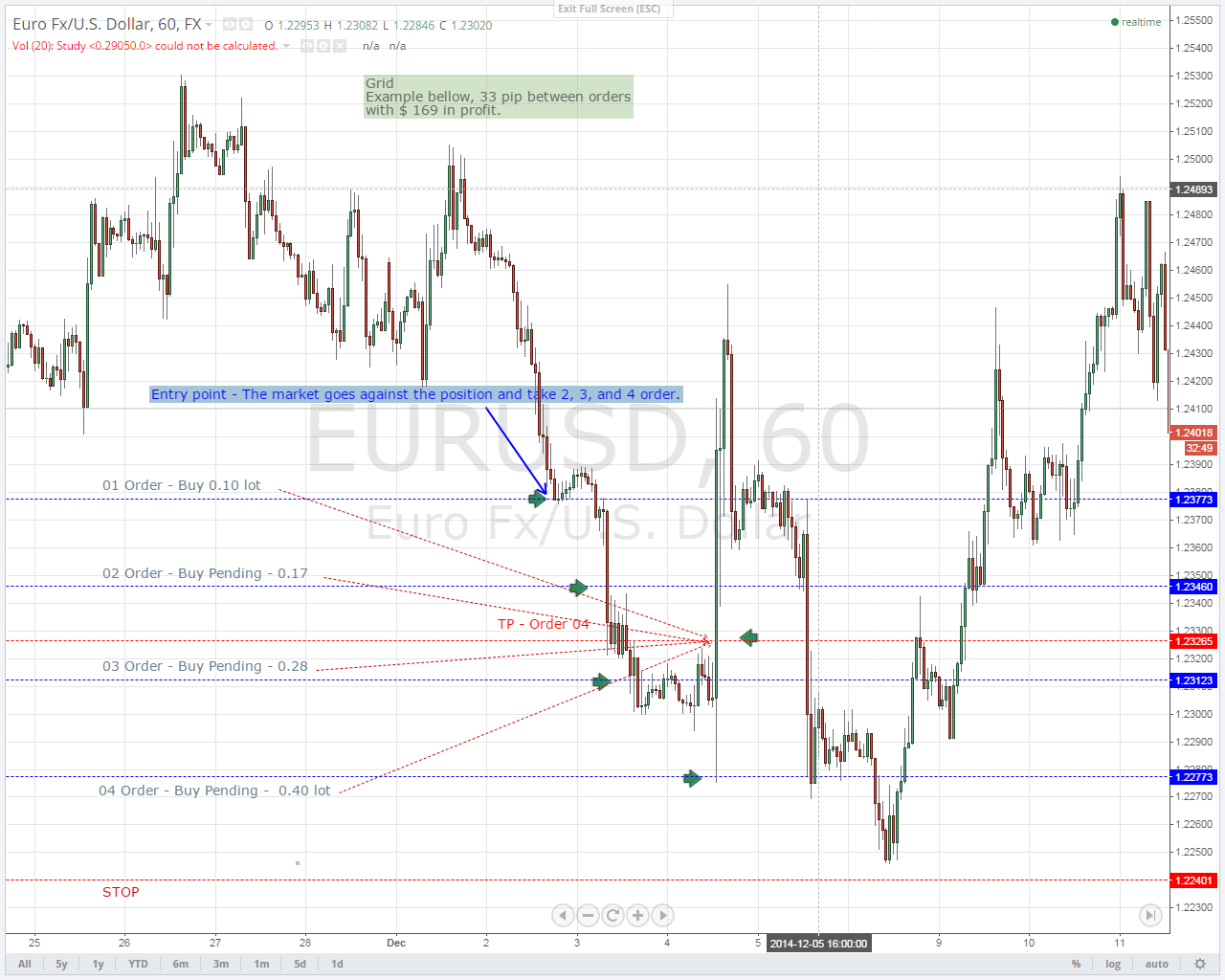 As this is a grid-based strategy, it works in a similar fashion once again, as the markets go against you, new trades will be open dup at set intervals the main difference for this version is that the grid expands as it gets large, so the first trade will open after 25 pips, the second would be after 75 pips and the third would be after 150 pips, so as you can see, the gap between each trade is getting larger, this helps to slow down the speed that the drawdown will be increasing. This version of the grid helps to reduce some of the risks that come with the strategy, but this does not make it a riskless strategy, it still involves a lot of risks.

Another variation of the strategy takes a different approach to the lot and trade sizes rather than the size of the actual grid. There are two different variations within it, one where the trade size decreases with each trade and another when it increases, we have already mentioned the increasing version in the form of the martingale variation, so the other one is the decreasing size. This is where each trade is opened at a slightly smaller trade size, this is done to try and reduce the speed that the drawdown increases while still allowing you to open up additional positions. This is a version that is far less performed due to the larger reversal required but it does have the benefit of not risking as much of your account as quickly as the other versions do.

Those are a few of the different styles of the grid strategy, there are of course additional variations that people use, what is important to note is that they do not change the actual mechanics and ideas behind the strategy, so we know what some of the versions are, but in what situation is this strategy actually effective in?

The strategy works best in a market that is oscillating and ranging, it moves up and down and does not break out into any trends, this allows you to consistently take profit at each move up and down as you would be opening up trades, taking profits and then opening another, this continues and can be very effective when the markets continue like this for an extended period of time.

The main issue with this strategy is when the markets begin to trend, when this happens, things can begin to go wrong very quickly. A trend can last for hundreds of pips, if this happens the grid will open up a lot of trades and unless you have a very large account, there is a good chance that the tread can continue long enough to cause an account to blow. The only hope with people using this strategy is that the trend reverses or that there is a pullback where you are able to get out of all trades at the same time with a profit.