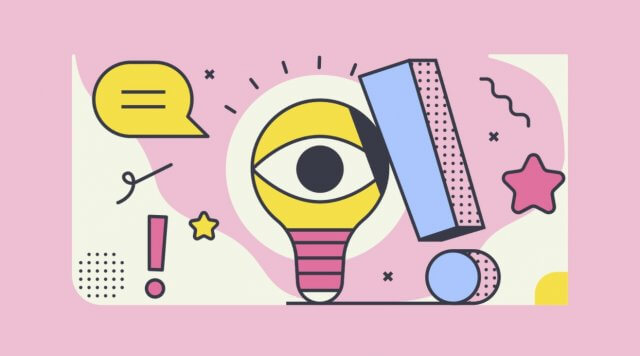 A lot of trading comes down to your mind, you can have the perfect trade setup, but if you are not in the right frame of mind then you can still get it wrong. There are a lot of different psychological pulls when trading including stress, anxiety, excitement, and overconfidence. Some are good and some are not so good for you. There are hundreds of different things that we could talk about when it comes to psychology, too many for us to list in just one article, so we are going to be looking at some of the more prevalent psychological issues that could arise as well as different ways that you can mentally prepare yourself for the hardships and ecstasy that is trading and forex.

It is fantastic that you are using a number of different aspects and elements of the markets to analyse your trades, the problem is that there are hundreds and thousands of different things that you could be looking at. As soon as you start to look at too many, the trade may well have gone, sometimes you need to look at a few and then take the trade. The more that you look at the more time it will take and also there will be a much higher chance that you could start to question your initial thoughts, resulting in no trade being put on at all.

You can never look at everything and you can never prepare for all potential outcomes. As long as you have done your basics and you have some of your rules in place that you are following then the trade should be good to go. Do not fall into the habit of over-analyzing everything before you do it and even over analysing it once it is on, this can result in not trades and also the closing of trades early which is generally something that you want to avoid doing as much as you can. Do not be afraid to skip a trade or two if things don’t seem right, but if they do, do not then go out there looking for things that could be wrong, just take the trade.

Not Every Trade Must Be Perfect

This kind of goes against a lot of the advice that is often given out, in fact, we have done some articles which say differently to what we are about to say, but not every trade needs to be perfect. If you are always looking for the perfect trade then you will be putting on very few trades if any at all. A perfect trade will potentially only last a few minutes, the markets will be constantly changing and you will need to adapt with it, part of doing that will be taking trades that are not 100% perfect, it may have been at one point but not anymore, this does not mean that you do not need to take it at all, you can still take the trade and it can still be a good one.

Remember that a lot of your job is to simply manage risk, there is no way to completely remove it, this sometimes involves making trades that do not fit your strategy completely, but with proper risk management, they can still be successful and profitable trades. Do not be afraid to revisit some of the trade ideas that you made or that you have had in your head, you can always alter the take profit and stop loss levels, doing so allows you to take not so perfect trades but then make them good.

There is such a thing known as recency bias and it is one of the most common problems that traders come across. To put it simply, this is basically where traders will place a lot more weight on recent events, so making them seem more important than they actually are. They then allow these beliefs to have an effect on the future trades that they are making. This can have quite severe effects on trading, a bad trade can make you not want to place any more trades due to fear of another loss, while a win can cause someone to become overconfident which can lead to bad trades being made due to the idea that they are great at trading and that their opinion is most likely correct.

If we look at an example, Bob has a perfect trade setup but he hesitated at making the trade because his last trade with the same pair an hour ago lost. This is sitting in the back of his mind and this delay in putting the trade on has meant that the opportunity has passed and the trade is no longer valid. It can be hard to take recent results out of your mind, but it is important that you are able to treat each trade as an individual and not as part of a sequence.

People often seem to focus on the stats which indicate the past results of a trade, while they can give some fantastic insight into your trading and your habits, they do not and should not indicate what you believe the results will be like in the future. Do not get us wrong, you should be keeping track of these stars and should certainly be recording them, however, do not rely on them and do not focus on them when you are looking for your next trades. Use them as an analysis tool when you have a bit of downtime, not when you are actively trading, it will only influence your trades which is not something that you want to do. So your stats and past results can be useful but do not use them to guide your future and current trades.

You can set up your trades perfectly but then as soon as things jump about, the markets are unpredictable and so you need to take account of any potential volatility that could arise. Certain current pairs and instruments are a lot more volatile than others and so you may need to make wider stop losses for those pairs. If you keep things completely rigid and have no room for adapting then things can go wrong. Ensure that you take these potential volatility spikes into account with your trades and this will help to reduce the risk of trades being stopped out too soon and also helps you to be more relaxed with your trading.

So those are some of the basic psychological aspects of trading that you should keep in mind when trading. There Are of course a lot more, and we mean a lot more things to do with psychology, but the majority of them have probably been told to you a hundred times already, so we tried to look at some of the slightly less frequently mentioned ones. Either way, keeping yourself flexible and eager to always learn will set you off on the right foot for becoming a successful and profitable trader.