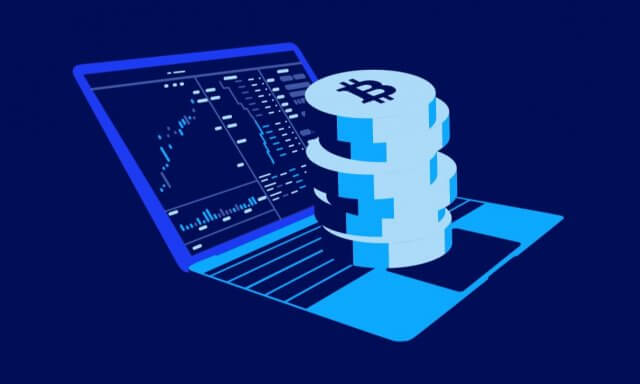 Both markets have a high level of volatility, although the cryptocurrency market is much more volatile than any other and in this aspect, you can control more risks in the Forex market having greater chances to maximize profits. Trading in any form means a risk of capital loss but there is always the potential for a trader can earn money. Price changes in cryptos are very wide, and although you can earn money, you can also lose quickly by making risks more controllable on Forex by having less volatility.

Because of this, the variation in the price of assets in the cryptocurrency market is allowed to be much higher, which in turn leads to much higher volatility where prices rise and fall widely. While in the Forex market although the changes are present in the same way as the currencies regulated by the countries, their prices remain much more stable despite the volatility.

The purpose of this publication is to say that market is more profitable to operate in terms of the possibility of controlling the risk of loss of capital that as I said always is present. Now, if you ask me if you should trade cryptocurrencies, my answer is that if you do, start by using the most heavily capitalized cryptocurrencies like Bitcoin, Bitcoin Cash, Ethereum, and Litecoin.

Operating in both markets can generate potential profits, but what if you compare the two? You can conclude that Forex is much better, but if you only talked about cryptocurrencies in this article, I would tell you to make use of them because they are very good assets.

Many people wonder what will be the best option to invest, as cryptocurrencies are quite popular and have good returns, but Forex trading is gaining increasing popularity among young investors.

It will always be advisable to make good investigations of the markets of interest. Although for the modern investor Forex and cryptocurrencies head the lists, because they have very good profitability and also offer much desired financial freedom. It should also be noted that many of the investors at the moment have a stake in both markets.

-They are widely quoted and recognized worldwide.

-They do not depend on any central bank and are not regulated by any country.

-It functions as a scarce asset, so the market gives it value.

-It allows anonymous transactions outside the system’s regulation.

-Cryptocurrencies are immune to inflation.

-It is a payment system that does not depend on banks since it has a blockchain chain system that allows you to transfer money without the need for banking.

-It is a digital ledger that cannot be manipulated.

-They are highly volatile: it has presented an annualized volatility in the last year of 80%, which makes it enter the classification of high-risk assets

-Changes and Attempts at Regulation: for many, it is a bomb that can explode at any time, and although they have tried to regularize it has only remained in comments and statements. To this end, countries like China prohibit cryptocurrency transactions.

-Robbery: although it is a bit difficult it is not impossible. Hackers have been engaged in developing different methods by which they have succeeded in taking over the assets of others.

-It demands high commissions for its exchange for traditional currencies and they are not yet accepted at all levels.

-You can trade in any currency in the world.

-It offers a greater number of profitable options to invest.

-It is focused on trading (short-term trades) allowing you to see benefits in less time.

-It works with brokers that are regulated by the countries in which they were founded, which increases the reliability of the system.

-It is a highly liquid market and can operate with leverage.

-To see big profits requires the investment of a greater capital or in its absence of a greater number of small and effective operations.

-Forex as such is unregulated and no one or nothing watches over the trades that are made there.

-Leverage can be negative in some cases as it can lead to significant losses.

So… Cryptocurrencies or Forex?

This decision is very subjective, so let’s see what it’s like to invest in each of these markets.

First of all, time plays an important role when you buy these two investments. Forex transactions are short-term, you usually don’t wait more than a few days to close your positions. It’s pretty fast compared to cryptocurrencies, as you want to trade every opportunity you get because of small profit margins.

The more you trade, the more profits you will get, which means you must be an active and experienced Forex trader to know exactly when to place your trades and when to withdraw. With cryptocurrencies, it’s a completely different story.

To begin with, the market is highly volatile, meaning that prices can skyrocket or plummet significantly in just one day, even hours. Applying the same tactics as with Forex trading would be too risky because there is a lot of money at stake, especially if we are talking about Bitcoin.

This is because, in terms of investment, cryptocurrencies should not be regarded as currencies at all, but as precious goods of some kind. Therefore, when you invest in cryptocurrencies, you are actually making long-term investments, because the results are not quick: you will have to wait several months until they start to pay off.

As a result, cryptocurrencies are not for everyone, as they require an infinite amount of patience and self-control to prevent you from performing a panic-stricken transaction when the time is not optimal for you to sell. In addition, with more than 1500 cryptocurrencies today, predicting which one is the goose of the golden eggs and which one is not an almost impossible task.

On the other hand, Forex transactions are much more concrete, as they are almost always the four main pairs and have only a few coins crossed here and there. Forex is a more stable market than cryptocurrency, with the latter being a portfolio diversifier first. Of course, it does not take away the merit of virtual currencies, as they are still a very young market and have much to give, maybe in a few years have enough stability to be seen by traders with greater importance.

For now, Forex will continue to be the favorite for traders on a day-to-day basis, while cryptocurrencies will be seen as long-term investments for those people who can withstand the high volatility of these, and who seek to move away from traditional institutions, as well as banks and states.