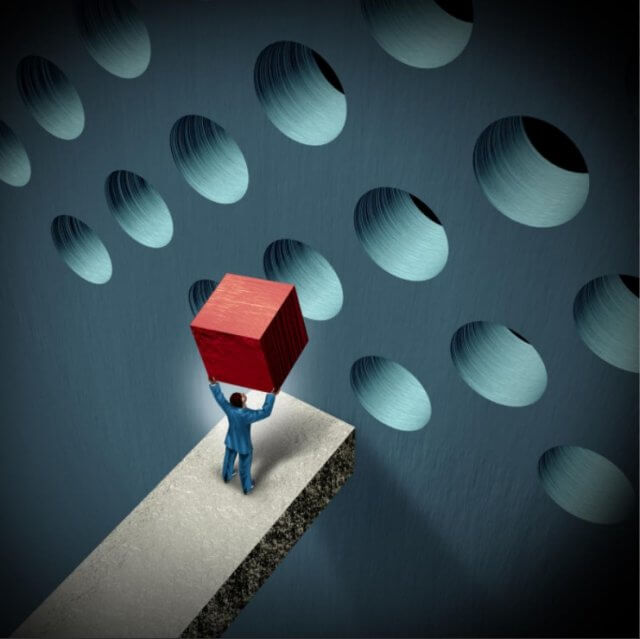 Throughout the career of a trader there will be days where the markets go against you or there isn’t much happening with all the markets moving sideways, the sensible thing to do in this situation is to sit it out and wait, but this can cause boredom, people can become addicted to the excitement of the markets and so they will decide to force some trades, but this is never a good idea.

Forcing trades basically means that you are taking trades outside of your usual strategy or risk management plan, they are often not planned for and carry a much higher level of risk when comparing them to your usual trades. This is often performed by someone who really wants to do something, even if the conditions are not right for it, it is a little like that toy we all had as a kid, trying to force the square piece through the circle hole, you may actually get it through, but if you do it will come out of the other side a little damaged.

Making these spur of the moment or forced trades can lead to a few psychological complications also, as they aren’t planned, they may be larger than usual or you may have more trades, increasing drawdowns or causing fear of loss as well as other anxieties about the unplanned trades.

So when the markets are dull, what can we do? These are the perfect times to plan, look at future potential trades, learn more about your strategy or even start looking at entirely new ones, these lulls in the markets are quite rare, so you should take advantage of them away from actually trading.

In order to avoid the habit of making forced trades, you should try and turn your strategies rules into habits themselves, so when you see that something is not matching up, you won’t take it. In order to do this, you need to find a set of trading rules that match your personality and needs, having one that stresses you out or doesn’t suit you can lead to additional forced trades either through frustration or boredom.

Don’t forget when trading that it is the market that leads you, you are simply reading what it is doing and going along with it if you try to force trades in markets that do not want to play, then the markets will eventually begin to move against you resulting in losses. Let it take the lead and follow its rhythm, do not force them.

This is far easier for people who have traded for a long period of time, they get into habits, as a new trader, it is your responsibility to build those habits into your own trading, focus on your strategy and the success that it brings and try not to think about what trades you could be made outside of that strategy, do not damage the progress and profits that you have already made by forcing some extra trades for no good reason.