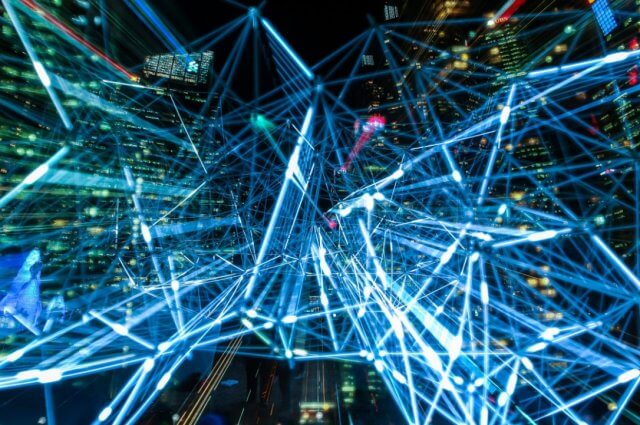 Artificial intelligence can do a lot of things. It has machine learning, meaning it is able to learn from mistakes and to adapt. It is able to kind of think for itself, to make complex decisions based on pre-programmed data as well as the learning that it has done from the past. It can calculate things far quicker and far more accurately than a human, but it certainly has its limitations. It can’t exactly think like a human and it can’t really work things out based on a hunch or by looking at external factors such as news and sentiment. So the big question is whether or not you can use artificial intelligence to trade forex.

Let’s kick things off by saying that computers and AI can be incredibly helpful when it comes to trading. It is able to do things that no human can. It can look at huge amounts of data in a very short time, something that would be next to impossible for a human to do, yet it only takes seconds for an AI system to do. With all of that information it is able to make predictions or to find any anomalies that may be in the data, something that can help us to avoid certain things. It is also able to use that data to look for trends, trends that could be repeating themselves, and ones that could be profitable.

AI systems are fantastic at sticking to the plan, something that we as humans often fail to do. When a plan is created, the points and data are put into the system and the AI will then trade along with those guidelines. Us as humans get emotional. We think outside of those rules and so can put on trades outside of them, which usually leads to bad trades being made. This is not something that an AI system needs to think about. It will stick to the plan and any risk management plans that you have put in place, making it a little safer and potentially more consistent than a human trader, certainly an emotional one.

Speaking of emotions, the AI does not have any, at least we hope they don’t! The AI will work to a system, it won’t get stressed by a loss, it won’t get overconfident and greedy when it is doing well or not, it will simply stick to its plan, something that we often fail to do when our emotions and stresses get too much for us to handle.

Now, there are of course some problems when it comes to AI systems. Have you ever been trading and looked at the markets and something in the back of your mind has told you to trade something? You do not know why but it just feels right. You put the trade on and it wins. Or the opposite, something is telling you not to, a little feeling telling you that it is a bad trade, so you decide not to. The markets then react in the way your hunch told you that it would, you have either just made or saved yourself quite a lot of money. This is a human emotion, a feeling that we get and something that an AI will not. It will simply follow the set algorithms that have been built into it, not feeling this and eventually putting on trades that are good trades, but not correct trades.

There is a huge downside to trading with an AI, but this again comes down to human error. You would have created the algorithm for it to follow, but what if you put something in slightly wrong? A one when it should be a zero? Just a little mistake could potentially cause disastrous consequences. We aren’t talking about the robots revolting against the humans, but it could mean that the AI thinks it should buy instead of sell when a certain condition is met. This will lead to a loss and a loss every time that this scene takes place. So while it is not the AIs fault, it will continuously make the error when a human would not.

The AI is also dependant on the hardware and software that it is built on. We have all had computers fail in the past. If this happens to the AI, not only will it potentially lead to open trades being stuck open, but it will also give you quite a long downtime, time where no trades are being made and so profits are being lost. If parts aren’t available then it can take days, weeks, or even months to fix which is a long time when it comes to trading. There is also a cost to AI trading. You need to buy the equipment, the software, and any other components when things break. This added cost is on top of your trading balance and for some it may simply be too much.

The final disadvantage that we are going to look at is the fact that an AI system will take in all the information that it finds. Sometimes this can be a little too much information, some relevant and some not so relevant. The problem is that the AI will not be able to work out what information is good and what is bad so it will most likely use it all. This can make its predictions go a little off track. Using too much information can change a buy to a sell or to no trade at all. With a human mind, we are able to discard info that we don’t want to use. An AI system cannot do that, at least not very well.

So those are the advantages and disadvantages of using an AI system with trading. It certainly has its uses, but using it solely for trading could lead to some negatives. However, using it along with your own analysis and trading, as a tool to help you analyse and to gather more data is certainly a good thing to try. It can give you more information than you would otherwise have and can do calculations far quicker and more accurately than you can.