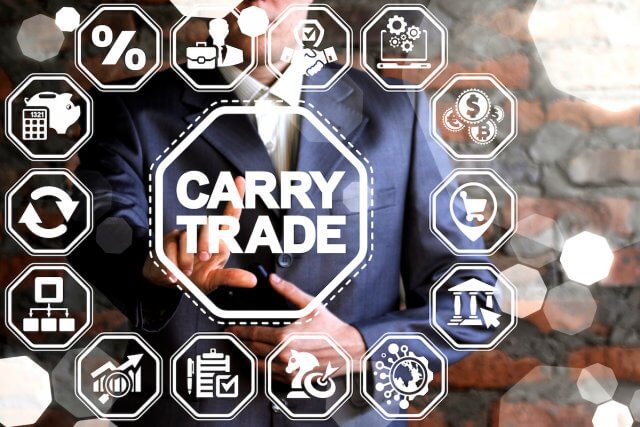 When it comes to forex trading, we have so far covered how you can make money by taking advantage of price fluctuations. What, then, do you do when the price of a currency pair remains relatively stable for extended periods? Certainly not nothing! You carry trade.

Say you go to a bank and take a loan at an interest rate of 2% per annum. If the loan amount is, say, $2000, the interest charged per year would be:

Now, instead of putting the money under a mattress, you decide to buy a corporate bond, which in total, pays a yearly interest rate of 10%. This means that at the end of one year, you should expect interest income of:

If that doesn’t sound like much money, let’s see how you feel when we apply leverage to the borrowing.

You take this money and invest in another financial asset that pays an annual interest rate of 10%. In this scenario, the interest rate differential is still 8%. How about your profit?

Stay tuned to learn more about Carry Trading in our upcoming articles.

Which of the following statements is false about a carry trade?

Interest rate differential is the difference between the interest rate of two financial assets that are bought and sold concurrently.

Which of the following statements is true about leveraged carry trade?